Swaby: ‘He got me with a really good left hook to the body’ 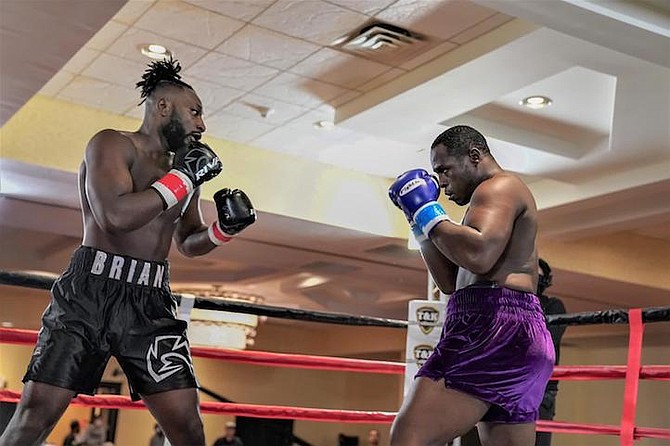 BAHAMIAN professional boxer D’Angelo Swaby suffered his second straight defeat as a heavyweight and now he’s contemplating dropping down to the cruiserweight division for his next bout.

On Friday night at the St Petersburg Marriott in Clearwater, Saint Petersburg, Swaby suffered a third round technical knockout at the hands of American Jeremiah Milton as he improved to 2-0 in his young pro career.

Swaby, coming off his first loss to Norman Neely on October 26, 2019 in Santander Arena, Reading, said he was only asked to take the fight on Monday after his original fight in South Carolina was called off without any compensation.

“On my way back to Florida on Monday, I was asked if I was willing to take this fight,” said the self-managed and promoted Swaby. “My performance during the fight was good, according to what I saw on the video.

“The first round was good, the second round was good and in the third round, he got me with a really good left hook to the body and I had to take a knee.”

In the process of trying to compose himself, the 31-year-old Swaby said once he got up and took the mandatory eight count, his coach, Jose Cruz, who operates the Orlando Boxing Academy in Orlando, Florida, threw in the towel.

“It was a good fight,” said the 5-foot, 9-inch Swaby, noting that Cruz didn’t want him to suffer any further damage from the 26-year-old 6-foot, 4-inch Milton.

It’s now back to the drawing board for Swaby as he makes his return home.

“I’m not sure if I can get another fight this year. My coach stopped the fight, so I’m automatically suspended.

“I probably won’t be able to fight anymore this year. If I do, it won’t be until December and it will be in the cruiserweight.”

Without a management company, Swaby said as a free agent, he was still able to get his pro career off the ground. 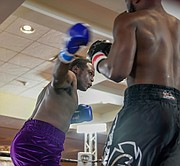 He made his successful debut on September 20, 2019 at the Joe Celestin Center in Miami, Florida with a TKO over 38-year-old American Keenan Jackson in his debut as well.

As a rugby player trying to find some time to stay in shape, Swaby joined Ray Minus Jr’s Champion Boxing Club in 2011. He was then encouraged to compete in the sport and he’s been going ever since.

When he’s not competing, Swaby operates his own company called Hrizin that teaches mechanics and pilots. He got his former training from Wyo Tech Academy in Oakland, California after graduating from Government High School. He also attended AF Adderley Junior High and CW Sawyer Primary School.

Swaby is the son of Floy Andrews and Patrick Swaby and he has one brother, Wilton Dawkins, and a sister, Naveah Whyms.