Stateside: Trump Still Plays The Squatter In The White House As Republicans Struggle To Cut The Chains To Their Electoral Loser 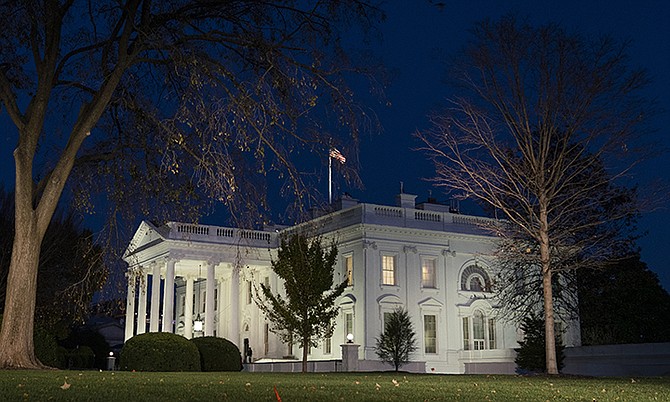 IT’S been 16 days now since America’s general election. A nasty joke has been making the rounds. It goes like this:

“Who says Donald Trump isn’t like thousands of other Americans? Look what’s happened to him:

“He got the coronavirus.

“He lost his job.

With most of the nation clearly hoping Trump will accept the fact of his defeat, the available evidence is his pout is likely to last a while longer.

As the President’s legal challenges to the results of what appears to have been a really clean election continue to be rebuffed by courts in various battleground states, Trump and his legal team now led by ex-New York City mayor Rudy Giuliani show few signs of acquiescence to his electoral college defeat by exactly the same margin of his 2016 victory over Hillary Clinton.

The US electoral college will convene December 14 to formally select Joe Biden as the nation’s next chief executive.

Hope is only flickering that high-profile Trump enablers like Senate majority leader Mitch McConnell and South Carolina senator Lindsay Graham will urge Trump to behave responsibly. After all, both were just re-elected to new six-year terms in office. They should be sufficiently secure to admit to the inevitable. There has been nothing very positive yet, though, from these two.

In fact, most Republican officials still act as if their fear of Trump’s wrath and his supporters’ vengeance outweighs any sense of loyalty to the national interest.

It’s all eerily reminiscent of the response of many GOP officials to the real threat of the Tea Party movement a decade ago. Then, Republican office holders were often forced to appease an angry right-wing crowd in order to fend off expensive and potentially destructive primary election challenges.

The Tea Party was the culmination of a supposedly populist movement unleashed by Georgia congressman Newt Gingrich in 1994. Gingrich, by the way, is still around, comfortable in his leafy Washington DC suburb. And he is a voluble and occasionally visible Trumper.

As Trump has seemingly overtaken and overwhelmed the Republican Party, the potency of his Tea Party-like movement lives on as a constant threat to GOP officials.

What about the Republican “establishment?” Here, the behaviour has been different. Former President George W Bush (“43”) has urged the nation to accept the election results, as has legendary political insider, former Secretary of State and Bush 41 confidant James Baker.

And now, so too has Ted Olson. This Californian turned Washington power broker, now 80, rose through the party’s ranks in ways similar to the path followed by Trump Supreme Court nominees Neil Gorsuch and Brett Kavanagh. He was a dependable party loyalist, in and out of government.

Olson was an Assistant Attorney General under Ronald Reagan, working on the Iran Contra scandal when the Republican administration was caught circumventing Congressional oversight to repurpose funds to support right-wing causes in Central America.

An outspoken opponent of Bill Clinton, Olson represented one of Clinton’s alleged former lovers, Paula Jones, in a law suit against that President. Then, in 2000, Olson took a leading role in successfully securing the election that year for George W Bush over Al Gore. Olson later became Solicitor General under the younger Bush.

Olson and Democratic super lawyer David Boies squared off in the 2000 legal battle over Florida’s votes. The two later formed a legal alliance, and even joined forces to protect gay marriage.

Now they have allied again, urging the US to put the recent election behind it and get on with the nation’s business.

Specifically debunking the notion that the 2020 election is similar to the 2000 election they adjudicated, the two lawyers said “that 2000 decision by the Supreme Court should have no bearing on the (Trump) lawsuits pending in several states”.

Turning to Georgia, whose flip to Biden is likely to remain the enduring headline from this election, Olson and Boies said “the idea (promoted by Trump) that the Republican Secretary of the State of Georgia was party to a vast conspiracy spanning different states across the country to elect the Democratic presidential candidate is ludicrous. It is also wrong.”

That Georgia Secretary of State, Brad Raffensperger, is emerging as a potentially transformative hero in these murky and morally amorphous times. Chosen by voters to succeed current Georgia governor Brian Kemp in his job, Raffensperger had previously seemed to be a reliable GOP operative.

But all the nonsense currently being circulated by the political nihilists who follow Trump seems to have aroused a political conscience in Raffensperger. He has lashed out at Graham, among others, for unwarranted and unethical attempts to subvert Georgia’s electoral recount. And he has angrily resisted calls by Trump to resign for the sin of endorsing an obviously fair election.

This has turned up the heat on Georgia’s current senators, Kelly Loeffler and David Perdue. Both are Trump loyalists, and both face pivotal run-off elections January 5 that will decide the balance of power in the US Senate. Both have dutifully followed Trump in calling for Raffensperger to step down.

Loeffler has been in office for ten months, appointed by Governor Kemp when her predecessor resigned for health reasons. She lives in a $10.5m Atlanta mansion with her husband, the chairman of the New York Stock Exchange who donated $1m to Trump’s re-election campaign. The couple has been implicated in an insider trading scandal just as the COVID-19 crisis broke.

An outspoken Trump supporter, Loeffler was nevertheless not the President’s choice for the Senate seat. Trump wanted congressman Doug Collins, a House attack dog supporter of Trump during his impeachment trial, to get the job. Collins ran against Loeffler in the general election along with Democrat Rev. Raphael Warnock, senior pastor at Martin Luther King’s Ebenezer Baptist Church in Atlanta.

Now it’s Loeffler vs. Warnock for one Senate seat. The other contest pits incumbent Perdue against upstart Jon Ossoff, an investigative journalist and ally of Stacey Abrams, the voter registration crusader who almost won the governorship two years ago in a tight race against Kemp.

Normally, one would expect the Republicans to win at least one of these races. Since they lead 50-48 in the Senate pending the January 5 Georgia vote, that would guarantee at least two more years of McConnell’s obstinate leadership.

But Trump’s continuing petulance, the desperate allegiance of the incumbent senators to him and the surprising integrity of Raffensperger do offer some hope to Democrats.

HOW ABOUT THOSE DOLPHINS?

WITH the NFL season over half complete, Miami stands at 6-3 and is looking at three straight games in which they figure to be strong betting favourites. Wins would make them 9-3 and in strong position to win their division this year.

Very few saw this coming. But the Fins have won three straight games since rookie quarterback Tua Tagovailoa was installed as the starter. It seems that every move made by coach Brian Flores and GM Chris Grier has turned to gold. With a promising nucleus of young players and extra picks from slumping Houston in the first two rounds of the 2021 NFL draft, Miami looks set for run of sustained success.

At the midway point of this COVID-19 NFL season, the Dolphins have to rate as the surprise story of the league. They are joined in unexpected success by the Las Vegas Raiders, Cleveland Browns and Arizona Cardinals, whom Miami just defeated ten days ago.

And the Fins have already taken three of four games from the league’s toughest division, the NFL West. With Tom Brady now playing in Tampa and Buffalo inconsistent, who knows what might lie ahead? We can dream, and when did we last think that about our South Florida favourites?

Look out for December 13. That’s when the Dolphins host the defending champion Kansas City Chiefs, who would currently be the prohibitive favourites to repeat. That game will show us how far the Fins have come, and how far they may have to go.