FACE TO FACE: Alicia and her daughter Ednique were lost - when will we wake up and stop the violence? 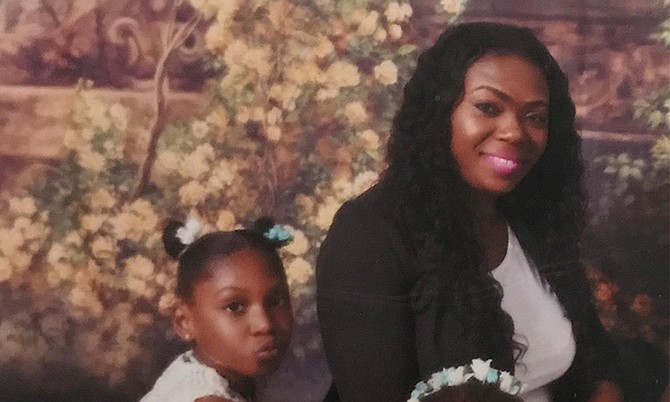 ALICIA Sawyer and her daughter Ednique.

A precious eight-year-old little girl is on a memorial billboard at the entrance of Nassau Village. She shouldn’t be there. She should be counting down the days to her birthday on December 12. She should be trying to adjust to the new normal of online schooling and thinking about what she wants for Christmas. But on September 28 this year, Ednique Wallace became the victim of murder. She and her mother Alicia Sawyer lost their lives together in a senseless act of violence that occurs too often in our society.

The Bahamas ranks tenth in the world for intentional homicides. Alicia and Ednique were killed in their home in Nassau Village, an area which has been declared an epicentre of domestic violence in The Bahamas during the COVID-19 pandemic.

Days ago, Zonta Bahamas began their version of UNECSO’s “Orange the World” campaign to end violence against women and girls by hosting a ceremony at the Nassau Village entrance. There, Patricia Minnis - the wife of Prime Minister Dr Hubert Minnis - tied the first orange bow and said to Bahamians: “We are better than this!”

The Zonta Club of New Providence, Families Of All Murder Victims (FOAM), the Department of Gender and Family Affairs, the Nassau Village Community and other NGOs joined together to erect a memorial banner for Ednique and her mom and also murder victims Gloria Rolle, Kenrica Martin and Cleo Lockhart. Below that banner is the community’s entrance sign, with the motto “The Place of Love, Peace and Unity”. Member of Parliament Halson Moultrie made a heartfelt appeal to residents to make this their reality. 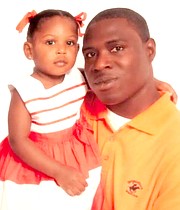 Instead, we have a society which has yet to solve its violence issues and live as if it’s truly paradise. This sunny, peaceful clime has been marred by horror stories that make no sense on such a small island. “We are not barbarians,”, said Ann Marie Davis, wife of PLP leader Philip ‘Brave’ Davis’, as she joined Zonta in the campaign launch.

Women and girls like Alicia and Ednique deserve the protection of society. Zonta says there’s a way every single person can make a difference - by “saying no to violence in all its forms”. Everyone has to make it a point not to tolerate violence in order to reverse an ugly trend that leaves countless families in this country hurting for the loss of their loved ones.

Edward Wallace knows that hurt. His “little princess” was so special that “everyone who came into contact with her was amazed at how full of life and kind she was”. She was a very protective sister to her younger siblings Edward Wallace Jr and Krishan Wallace and even extended that nurturing spirit to her older sister, Kenlisa Monfils.

“She really enjoyed traveling,” Edward said about his daughter.

“Every summer we would go to Miami and spend time with her uncle and aunt. I remember two years ago, we went shopping in Walmart and she got lost. I searched the whole store looking for her until we got a call saying she was at the front entrance. Just last year we went on a cruise to Key West, Orlando and Mexico. While on the cruise, she loved hanging out by the pool and eating tons of ice cream.”

Edward’s family and friends, as well co-workers at BAIC, are offering support and love, but it is crucial that people come together to avoid tragedies like what this family has to overcome.

“Ednique was a curious and ambitious girl.” Edward said.

“She always loved learning new things and seeking new challenges. She got that from her mother. Lisa Sawyer was a very determined and hard worker who also loved learning new things and seeking new challenges. She was a kindred spirit. She was undoubtedly, a great mother to her three children and did her absolute best never to steer them wrong. She was an Andros-based woman who loved to cook. I met Lisa in 2008 while I was on patrol as a security guard and she was working at Hibiscus Inn. Our relationship was always an honest, respectful one and I thank the Lord for the time we spent in each other’s lives.”

Alicia is the daughter of Tiffany Reckley and Norman Knowles. She attended Lowe Sound Primary, then North Andros High School. She is described as deeply family-oriented and well known for her kindness and compassion. A hard worker, Alicia worked for Dunkin’ Donuts where she worked herself up to a management position. Social media reports say Alicia made previous complaints to the police about the suspect of her murder. 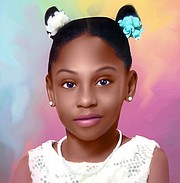 Tomorrow is the International Day for the Elimination of Violence against Women. It also marks the beginning of “16 Days of Activism to Say No to Violence Against Women and Girls”, which culminates on December 10, International Human Rights Day. Each year, Zonta uses this time to paint the town orange. This year, say no to violence garbage bins have been placed throughout several communities. Zonta’s “40 Orange Bows”, and the bright orange banner at Nassau Village’s entrance is a poignant reminder of how very important this campaign is.

Zonta members decided that Nassau Village would be the focus this year, even before it became the epicentre of domestic violence for The Bahamas. President of the Zonta Club of New Providence Theresa Adderley-Smith said for the past seven years, their focus has been bringing a heightened awareness of the scourge. However, they have moved towards advocacy, working with government and non-government organizations to make policy changes so the laws are in place to protect and advance women and girls.

Mrs Minnis pointed out that men are just as important and “this is not a feminist movement where women are trying to get ahead of men; we want to be equal partners with love and respect”. Zonta’s national advocacy campaign chair Marisa Mason-Smith invited representatives of partnering NGOs to speak, including Charlene Paul of the Caribbean Institute of Women in Leadership (CIWiL) and Coralee Adderley of the the National Women’s Advisory Council.

HALSON MOULTRIE, MP, centre, with members of Zonta Bahamas in front of the Nassau Village entrance sign and the memorial banner for the women and girls who lost their lives to violence in Nassau Village.

Zonta Club of New Providence, a member of Zonta International, is committed to empowering women through service and advocacy. Zonta will host a series of events during the campaign. Among them: “The Big Reset”, a virtual job readiness workshop for women on November 29 at 4pm for unemployed women who held supervisory and management positions. Zonta Eleuthera will host a stop the violence virtual youth explosion on November 27 at 8pm, featuring singer Malikah Pinder and counsellor Donna Nicholls, among others.

Last Saturday, the Centreville Seventh Day Adventist church held a virtual church service, with the church making a commitment to implore the church to be leaders in the fight against violence. This Saturday, will host a motorcade starting at the RM Bailey Park at 11am ending in Nassau Village with a brief ceremony.

A virtual town meeting will be held on December 13 and will be hosted by The Bahamas Christian Council, The Crisis Centre and CIWiL. Other events include the National Youth Panel, Women in Parliament, and a Ministry of Health Women and Health virtual webinar. Visit Zonta Club of New Providence on Facebook for updates.