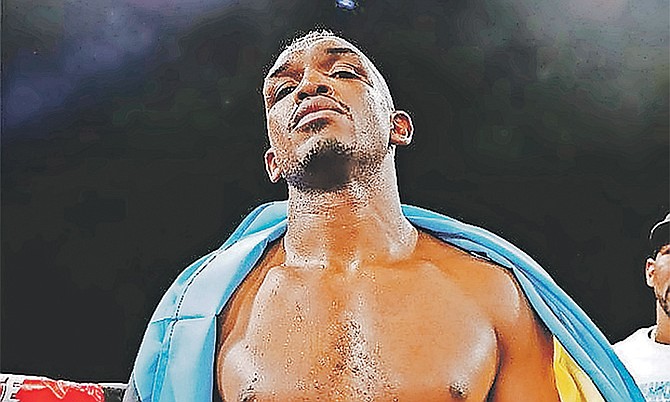 The Tureano Johnson bout against Jamie Munguia is just over three weeks away and the former WBO super welterweight champion appears confident of his chances against the Bahamian middleweight.

“I anticipate a great fight because, as Tureano says, he always goes to the front. I’m going to go out and win, to look for my second middleweight victory and the knockout will comes on it’s own,”

Munguia said in a telephone conversation with ESTO. He described Johnson as “a fairly strong fighter, who has extensive experience in professional and amateur boxing, since he was an Olympian. We have to be careful, we have taken all the precautions, we have trained for that type of fighter, we are going to arrive very well, we have been correcting mistakes in the gym. We have worked on defense, among other things.”

Johnson and Munguia will square off October 30 at the Fantasy Springs Resort Casino in Indio, California. The fight will stream live on DAZN.

Both Johnson and Munguia fight under Golden Boy Promotions.

Now sporting a 21-2-1 win-loss-draw record, Johnson, 36, is coming off a victory over the previously undefeated Jason Quigley on July 18 for the NABF middleweight title, also at Fantasy Springs. Just after his win over Quigley, Johnson was ranked No.8 in the World Boxing Council and No.15 in the International Boxing Federation.

“At 160 pounds I feel a little stronger, I think that is going to be the big difference. With O’Sullivan it was my first fight in this division, I didn’t know what it felt like, but right now I think I’ve gotten on well, I know what it feels like, I have a little more confidence, we have continued to work hard, it will be great fight,” Munguia said, “I think it will serve me, because I had been very active as a champion. I made four defenses every year and it is somewhat exhausting; this helped us to rest and we have never stopped training ”.

In July, Johnson was added to a list of potential opponents for Alvarez at his next fight, scheduled September 12 on DAZN.