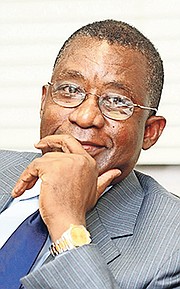 The International Monetary Fund (IMF) yesterday dampened The Bahamas' prospects of a swift rebound from COVID-19 by slashing this nation's projected 2021 economic growth to 4.6 per cent.

Its revised forecast, which shaved 2.1 percentage points off the 6.7 percent gross domestic product (GDP) growth it predicted for The Bahamas back in April, further signals that this nation - in common with many others - faces a longer and harder road to recover from the pandemic than initially thought.

The IMF, in its latest World Economic Outlook, also brought its projections for the extent to which the Bahamian economy will shrink in 2020 more into line with those of the Central Bank of The Bahamas, Inter-American Development Bank (IDB) and the credit rating agencies, Moody's and Standard & Poor's (S&P).

The Fund, which had forecast an 8.3 percent contraction during the first weeks of the COVID-19 lockdown, is now predicting a 14.8 percent shrinkage. This compares to the Central Bank's projection of a 15-20 percent decline, and the 20 percent contractions estimated by the credit rating agencies.

Applying the IMF’s revised 4.6 percent GDP growth estimate for 2021 to the $9.17bn figure results in Bahamian GDP rebounding by some $420m to $9.59bn, a figure that is still some $1.173bn below 2018's economic output, and which gives an insight into the severity of the losses and devastation inflicted by COVID-19.

The IMF's projections came as James Smith, the former minister of state for finance and Central Bank governor, accused The Bahamas of "fumbling the ball" by failing to contain its COVID-19 infection rate well below those of its major source markets to give visitors sufficient confidence to travel to this nation.

Warning that there will be no COVID-19 recovery unless this is addressed such that tourism can recover, he told this newspaper: "The crux of the matter is we're facing a pandemic. The pandemic is stopping visitors coming in, which is our main foreign exchange earner.

"To create an environment where they feel safe we need to take measures that demonstrate the rate of infection in The Bahamas is going down compared to the rest of the world. That would give confidence and comfort to a visitor, but we're going in the opposite direction."

New Providence, prior to the weekend lockdown, was averaging between 50 to 100 new COVID-19 cases per day, or around 500-600 per week, amid complaints that The Bahamas is lagging when it comes to testing and contact tracing.

"Why come to The Bahamas if it is a higher infection rate than where you are coming from?" Mr Smith asked. "You don't have to be a rocket scientist to see what the solution is: Bring the rate down and give confidence to travellers that it is safe to come.

"We're almost at the end of the year, and are still having increases in our major tourism recipient island of New Providence. We've not been dealing with the pandemic in a way that gives comfort to the travelling public."

Arguing that a rapid tourism turnaround was unlikely for at least six months, which would take The Bahamas through much of the peak winter tourism season to the end of the 2021 first quarter, Mr Smith reiterated: "What would make the visitor, 80 percent of whom come from the US, comfortable coming to The Bahamas if The Bahamas has a higher infection rate than they do?

"They'll fly over here, and go to a destination that has a lower rate. We took our eyes off the ball when we opened too quickly to allow Bahamians to go into Florida, which was a hot spot, and let them off testing if they returned within 72 hours."

Gowon Bowe, Fidelity Bank (Bahamas) chief executive, told Tribune Business that the IMF's economic growth projections for The Bahamas and many other countries are "guesstimates as opposed to estimates" given that so much remains unknown as to how the COVID-19 pandemic will ultimately play out.

In the Bahamas' case, this was the uncertainty surrounding the strength and timing of any tourism rebound. "Until the dust returns to a normal economic flow there's always going to be revisions," Mr Bowe said. "Until we have a tourism re-opening there's only going to be uncertainty.

"The Bahamas' fortunes or misfortunes always be linked to that industry. The economy is not built for the 400,000 citizens and residents of The Bahamas. It's built for that 400,000 plus the five to seven million visitors that come on an annual basis.

"That five to seven million probably equate to another one million persons on a daily basis in The Bahamas. Our is built on the size of 1.5m consumers, so to have that drop to 400,000 is a very drastic position," he added.

"There will be no clear understanding of the recovery until that one million trickles back in. I would expect there to be constant revisions until we have some certainty on the tourism market position for The Bahamas."

Matt Aubry, the Organisation for Responsible Governance's (ORG) executive director, responded "ouch" when informed of the IMF's revised GDP growth projections for The Bahamas. However, he said these reflected the increasing uncertainty over the timing and strength of the global economic recovery as increasing numbers of countries impose new COVID-19 restrictions.

Noting Carnival Cruise Line's decision to push the resumption of sailing back to December 2020 at earliest, and with many major Bahamian hotels yet to confirm their re-opening dates, Mr Aubry said of the IMF's actions: "I think this is evidence of how things are rolling out.

"The hope and premise was it would be a more manageable scenario in the fall, and as we move to November 1 and the re-opening of tourism we see more indications that confidence is just not there."

Mr Smith is now telling us that tourists don't want to come here because so many Bahamians have covid. In the meantime, Papa Doc is turning droves of tourists away by flip-flopping on international travel, smothering curfews and lockdowns, overzealous quarantines, and daily rule changes, all to try keep the virus out ?!? Our country going broke and no one knows if a tourist going to give us covid or whether we going to give the tourist covid

Problem #1; Insufficient rapid testing. The Ministry approved PCR test involves a 4 to 6 hour wait in a queue, 2 to 6 days for a result with the expectation that you may get a false positive. This is not a way of solving the Bahamas problem The ABBOTT antigen rapid test ($5) takes 15 minutes and yields a result immediately.60, The test is approved in the USA, Canada, UK, Australia, etc,etc 60,000 of these kits are presently being delivered to business owners in Nassau who want to know if their workers will work.. We must know who is safe and who is not, ASAP!!

Regardless that the FNM obviously botched the management of Covid-19, the PLP by far is still NOT the answer to our problems!

We need a 3rd and 4th party choice, or a coalition party to emerge with the freedom from corrupt political baggage to immediately implement an ironclad FOA with enough teeth to find and prosecute ALL the pirates that have held our country and people hostage for the past 50 years.

Then, and only then, will the Bahamas be able to move forward.

Smith and Bowe should never be referred to by The Tribune's business editor in the same news article. Bowe is a true intellect with a very good head on his shoulders whereas Smith is a devious wannabe (pseudo) intellect of the worst possible kind.

Whatever we do, the following will help:

We need to take deliberate efforts to dilute the viral concentration in the air we breathe.