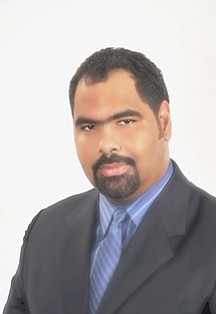 ‘National development plan would have softened pain of COVID-19’

A NATIONAL development plan would have softened the blow of COVID-19, contended a noted banker yesterday, adding a recent regional report applies common sense logic to the way forward.

The International Monetary Fund (IMF) yesterday dampened The Bahamas' prospects of a swift rebound from COVID-19 by slashing this nation's projected 2021 economic growth to 4.6 per cent.

Banker: Gov't could have got 'better than 8%'

A prominent Bahamian banker yesterday argued that the Government could have obtained an interest rate "lower than 8 percent" on its $600m bond offering had it unveiled a debt management strategy.

Bahamian commercial banks saw loan defaults spike by $83m in August as the sector started to feel the COVID-19 chill, with one senior executive saying: "The accounting is catching up with reality."

Where’s the plan on what we do next?

A FINANCIAL expert contended yesterday that the government’s comprehensive long-term post-coronavirus plan should already have been presented to Bahamians.

Fidelity’s warning on visits to the U.S.

Bahamian workers were yesterday warned they could find themselves taking unpaid leave if they fail to make "wise" vacation decisions amid the COVID-19 threat.

50% cash use fall 'ambitious, not impossible'

The government’s target to reduce Bahamian society’s cash use by 50 percent within the next five years is “ambitious but not impossible”, a well-known banker said yesterday.Gowon Bowe, Fidelity Bank (Bahamas) chief financial officer, told Tribune Bus

Budget must be creative, warns Bowe

A FORMER Chamber of Commerce chairman said yesterday the government’s 2020/2021 Budget will have to be creative with its limited resources amid the COVID-19 crisis.

The International Monetary Fund’s (IMF) projection yesterday that The Bahamas will swiftly rebound from COVID-19 despair with 6.7 percent GDP growth in 2021 “must be taken with a grain of salt”.

The Bahamas must “pool resources like never before” if it is to successfully jump-start the economy once COVID-19 has passed, a banker urge yesterday, adding: “We need that asue mentality.”Gowon Bowe, pictured, Fidelity Bank (Bahamas) chief financial

The Bahamas is in “almost uncharted territory” over its unplanned $508m post-Dorian borrowing, a Fiscal Responsibility Council member said yesterday, while warning: “Rome wasn’t built in a day.” Gowon Bowe, who represents the Bahamas Institute of Ch

The government must not cause businesses “to retreat” by rushing into a public sector minimum wage increase that fuels salary pressures throughout the economy, a top executive warned last night.Gowon Bowe, Fidelity Bank (Bahamas) chief financial offi

Fidelity Bank (Bahamas) shareholders will next Friday receive an early Christmas present through a total $16.45m dividend payout by the BISX-listed institution. Gowon Bowe, Fidelity’s chief financial officer, confirmed that some $8.949m of the capit

Businesses 'not screaming' over VAT refunds

Businesses “have not been screaming like in the past” over delayed VAT refunds, it was argued yesterday, despite the opposition leader’s assertion that the government is not paying legitimate claims. Gowon Bowe, former head of the Bahamas Chamber of

Fidelity 'can be proud' of return on affiliate sale

Fidelity Bank (Bahamas) “can be proud” that it nearly doubled the value of its investment in exiting its former merchant bank affiliate, a top executive said yesterday. Gowon Bowe, pictured , the BISX-listed institution’s chief financial officer, to

'Don't spend before necessary' on Dorian

The Bahamas must not be “aggressive and spend money before we need to” on Hurricane Dorian restoration, a former Chamber of Commerce chairman warned yesterday. Gowon Bowe told Tribune Business it needed to craft a recovery strategy that minimised di

OECD not harmful finding may only be 'temporary reprieve'

The Clearing Banks Association’s (CGA) chairman yesterday said the OECD’s finding that The Bahamas’ tax regime is “not harmful”, while “good news”, represents only a “temporary reprieve”.Gowon Bowe, pictured, told Tribune Business: “That is a positiv

Bank chief: 'We can do better' over card fees

The Clearing Banks Association’s (CBA) chairman has admitted that the industry “can do better” in pushing for lower debit card fees, thus aiding the drive for a cashless society. Gowon Bowe, pictured , told Tribune Business that the industry needed

The Clearing Banks Association’s (CBA) is again urging the government to focus its low-cost housing effort on buying distressed properties rather than developing new subdivisions.Gowon Bowe, pictured, told Tribune Business that such a shift would gen

The government was yesterday warned that the short-term work permit exemptions may conflict with “professional standards and regulations” for certain job categories.

The Bahamas Institute of Chartered Accountants (BICA) president yesterday warned the government could miss its full-year revenue target by “as much as 20 percent” based on current data.

The Bahamas must seriously examine switching to a tax system based on “ability to pay”, a top private sector executive urged yesterday, amid renewed IMF calls for “greater income equality”.

DECLARING the Over-the-Hill programme noble and well-intentioned, Bahamas Institute of Chartered Accountants president Gowon Bowe said yesterday the verdict is out on whether its tax concessions component will prove “fit for purpose”.

The government was yesterday urged to “quantify” its VAT shortfall, a top accountant hailing its admission of a near $200m total revenue undershoot as “very bold and courageous”.

The Clearing Banks Association’s (CBA) chairman yesterday said the sector would have “no objection” to web shops setting up a Bahamian dollar “co-operative” to resolve their banking woes.

Fidelity Bank (Bahamas) will enjoy a $7.5m-plus profit “boost” for 2019 as a result of selling a 50 percent equity stake in its investment banking affiliate, it was revealed yesterday.

No ‘great panic’ on deficit run-up

The government’s first-half fiscal deficit is no cause for “great panic” despite being equal to 73.4 percent of the full-year target, a top accountant argued yesterday.

‘Jobless numbers need to get real’

Delinquent Bahamian borrowers were yesterday warned to urgently get their finances in order after the Central Bank selected the preferred bidder for this nation’s first-ever credit bureau.

Private sector not against regulation - just its inefficiency

The Government is expected to “reverse” by mid-December its requirement for certified bank statements to accompany business licence renewals, a top accountant has revealed.

A top accountant yesterday argued that the Government’s explanation for the $105m deficit overshoot was “not the complete picture”, and raised fears there may be more bad news ahead.

US warns its banks on Bahamas dealings

The US government’s call for greater scrutiny of The Bahamas will not have any “immediate or significant fallout” for this nation’s key banking relationships, a senior banker said yesterday.Gowon Bowe, the Clearing Bank Association’s (CBA) chairman,

Private sector must do more in OECD fight

The Clearing Banks Association’s (CBA) chairman has urged the private sector to play a greater role in preventing The Bahamas from being “blindsided” by the OECD and other initiatives.Gowon Bowe told Tribune Business that the financial services indus

BAHAMAS Institute of Chartered Accountants President Gowon Bowe believes the government’s plan to increase value added tax will create further distancing between the “haves and have-nots” and possibly create the conditions for class unrest, he told The Tribune.

The Government’s exit from its $70m majority ownership of Aliv has been delayed by the Cabinet’s desire for “clarity and comfort” on the chosen route.

GOWON Bowe, president of the Bahamas Institute of Chartered Accountants, is not convinced the Minnis administration has secured “proof of funding” for the $5.5bn Oban Energies project.

GOWON Bowe, president of the Bahamas Institute of Chartered Accountants, yesterday predicted the success of the government’s Proceeds of Crime Bill will hinge on enforcement. Mr Bowe, former chairman of the Chamber of Commerce, said while the recent

GOWON Bowe, president of the Bahamas Institute of Chartered Accountants, warned yesterday against xenophobic reactions to the Minnis administration’s Commercial Enterprises Bill even as he criticised the government for not consulting Bahamians more widely on it.

INTERMITTENT public service firings stand to create a “snowball effect of fear and pandemonium,” according to Bahamas Institute of Chartered Accountants (BICA) President Gowon Bowe, who has urged the Public Service Commission to take a centralised approach to the government’s stated restructuring efforts.

THE CHINESE government’s reported crackdown on “irrational” overseas investments may affect projects in the Bahamas with new restrictions on such projects in property, hotel and entertainment and a ban on gambling investments.

Decide on reductions first - then the amount to cut

GOWON Bowe, president of the Bahamas Institute of Chartered Accountants, yesterday said the government appeared to be “working backward” on its plans to cut back on the country’s expenses, claiming the reductions should have been announced during the

GOWON Bowe, president of the Bahamas Institute of Chartered Accountants (BICA), has questioned the basis of Sarkis Izmirlian’s call for a moratorium on Baha Mar’s sale to Chow Tai Fook Enterprises Ltd (CTFE), insisting concessions should not be the determining factor of whether the deal reached completion.

‘Light at end of tunnel’ on Govt mobile buyout

Between 40,000-50,000 Bahamians could own a stake in the second mobile operator’s majority shareholder, with efforts to buy out the Government now glimpsing “light at the end of the tunnel”.

AS fears within the business community swell over the government’s ability to shoulder the massive losses incurred from Hurricane Matthew, Chamber of Commerce and Employers Confederation Chairman Gowon Bowe yesterday cautioned officials against sensationalising the damage estimates.

Call for clarity on Baha Mar

AMID persistent questions on whether the government should have amassed substantial stamp tax from the transfer of ownership of the Baha Mar resort, a noted industry professional yesterday called on the Christie administration to be more transparent in explaining the inner workings of the resort’s sale to quash concerns over the extent of the government’s involvement with $3.5bn development.

'Govt should have delayed until details could be disclosed'

BAHAMAS Chamber of Commerce and Employers Confederation Chairman Gowon Bowe suggested that if the government was not prepared to fully disclose all of the details regarding the new deal to open Baha Mar, officials should not have publicised movement on the negotiations until they were prepared to fully act transparently.

The Chamber of Commerce’s chairman believes the use of “misnomers and deceptive indicators” are causing the Government to consistently miss unrealistic Budget and fiscal targets.

Panama papers ‘will have impact on the Bahamas’

CHAMBER of Commerce and Employers Federation Chairman Gowon Bowe said yesterday that the “Panama Papers” will have significant ramifications for The Bahamas, but that Bahamians should not overreact to the disclosures because the country is compliant with laws and international standards about financial transparency.

Govt being ‘adversarial’ in NHI discussions

BAHAMAS Chamber of Commerce and Employers Confederation Chairman Gowon Bowe asserted that the government’s “adversarial” position to stick to a January 2016 launch of National Health Insurance is a “gun to the head” of Bahamians.