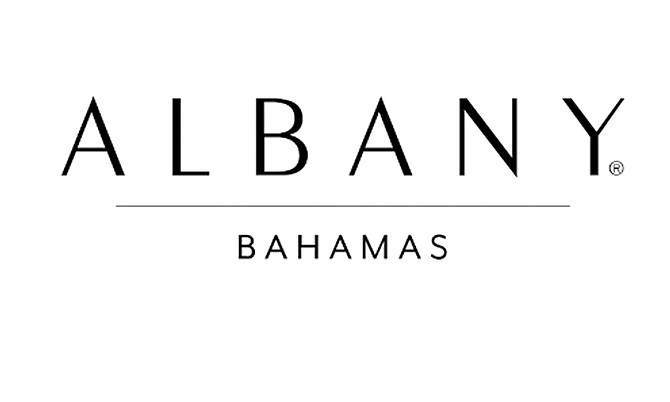 Albany is planning a phased redevelopment of its South Ocean neighbour that will create several hundred construction jobs in the initial stages, environmental submissions have revealed.

The southwestern New Providence development will first transform the waterfront of the former 363-acre hotel site via Albany West, which will involve the demolition of existing structures connected to the South Ocean resort and their replacement with a clubhouse, condominiums, associated amenities and beachfront lot sales to homeowners seeking to purchase their own real estate.

The project's Environmental Baseline Survey, which was prepared by Caribbean Coastal Services and approved by the newly-named Department of Environmental Planning and Protection (DEPP) on August 5, 2020, disclosed that the construction workforce will quickly triple as Albany West goes through the gears.

Albany representatives declined to comment when approached by Tribune Business, indicating it would be premature and inappropriate to speak presently - a sign that the expansion project is still working through all the necessary approvals with the Government.

However, given the established track record and financial resources of Albany and its shareholders, which include the Tavistock Group, the vehicle for worldwide investments by Lyford Cay-based billionaire Joe Lewis, and world-renowned golfers Tiger Woods and Ernie Els, the expansion of the 600-acre southwestern New Providence has every likelihood of proceeding.

The Government, desperate to generate jobs and foreign currency earnings amid the COVID-19 pandemic, will be eager to approve projects from proven investors with an already strong presence in The Bahamas.

And the development itself is a further indication that Albany, after several previously unsuccessful, is making progress towards acquiring the South Ocean site - which has been closed since 2004 - from its long-time owner, the Canadian Commercial Workers Industry Pension Plan (CCWIPP).

"The pension fund wanted to close the books on The Bahamas, and they made a deal with Joe Lewis and Albany," one well-placed source, speaking to Tribune Business on condition of anonymity, said. "They're taking the waterfront, the best part, and attaching that to Albany."

This newspaper was informed that Albany, possibly in partnership with other investors, is acquiring the whole of the South Ocean site, including the abandoned hotel and overgrown golf course. Any redevelopment, though, will occur in phases and no timeline is contained in the environmental submissions for when construction work on Albany West will start.

Among the features, though, will be the relocation of South-West Bay road from its present position together with utility infrastructure, while Stuart Cove's Dive will eventually be moving to Coral Harbour and its present marina filled in.

"The project site totals 16 acres of land located along South West Bay Road and South Ocean Boulevard in the western district on the island of New Providence. The site is inclusive of the former South Ocean Resort and casino, and the Stuarts Cove Dive Shop," Caribbean Coastal Services wrote.

"Phase 1A of the project entails the demolition of all infrastructure within the South Ocean waterfront property, inclusive of all above and below ground infrastructure on the property, minus the sea wall and necessary below ground utilities along South West Bay road (Water & Sewerage Corporation water mains and Bahamas Power & Light (BPL) fuel lines).

"The realignment of South West Bay road is also proposed for Phase 1A of the project, and will entail the redirecting the current road alignment into the disturbed forests north of its current location. Phase 1B of the Albany West project entails the demolition of remaining infrastructure at the evacuated Stuart Cove site and adjacent lot, and the construction of condo units, club house and pool," it added.

"This phase will also include the reclamation of the approximately 0.7 acre marina, and is estimated to utilise approximately 17,347 cubic yards of uncompacted fill (compacted volume 30,000 cubic yards). A golf cart path will be constructed to provide access from the current Albany west gate to the newly developed Albany West residential area and condos."

Caribbean Coastal Services added that the marina reclamation "will not include the entrance channel" and only the marina basin proper. It added: "The dive company has intentions of moving from its current location and will relocate its business prior to commencement of demolition activities.

"The [golf cart] path will follow the perimeter of the South Ocean Estates residential community bordering the existing Blue Shark Golf course." None of the documents mentioned what Albany's intentions may be for South Ocean's casino licence, which kicked in if the resort hit a certain number of rooms, which is believed to have been 500. That licence has long been viewed as the property's most valuable asset.

LOL. Nothing here but Joe Lewis trying to curry favour with Minnis by making a 'hot air' announcement like this at this time.

Actually the Albany's new develop of the old South Ocean Hitel is a good thing for the capital. Besides we dont need another Nassau Village or Pinewood Gardens near beach front property.

Bye Bye to the sea side drive on the SW bay Road that takes you to The Commonwealth Brewery. Look for a new deviation road like Frank Watson Highway to get you to Clifton Pier. That is what these mega gated communities do Box us in and destroy the water table. SMT

So, this is the third time this week that a high end, beachfront development has been mentioned in the news. Aqualina on Cable Beach, The View at Love Beach and now Albany.
These type places are only for rich foreigners and super wealthy Bahamians. Bahamians will soon not even be able to see the beach from anywhere. The government needs to stop the building of these types of places right away so we can preserve the coastline for all to use. Build these developments on the opposite side of the road if you must, but leave the coast off limits or we will lose it all. This is a travesty. It’s happening too much and needs to stop.

Tempted help out launch the Popoulaces Seafronts Beaches Private Islands as a cause of comrades devoted to fighting for the preservation and public access all we colony's most cherished of natural gems. Shakehead once for Yeah, Twice for Not?

This is the third time this week a high end development has been in the news. Aqualina on Cable Beach, The View at Love Beach and now Albany. Soon Bahamians will not even be able to see the beach from anywhere. These places are built for rich foreigners. Government needs to stop allowing these places to be built on the coast. The coast should be for the people and too much of it has already disappeared for these developments. So stop allowing anymore right now! If you must build, build across the street, but not on the coast. Just another frustration for Bahamians. Just another something be taken away from us.

Comrade Redblend, welcoming you as a now registered potential amongst the Charter Comrades of Popoulaces Seafronts Beaches Private Islands as a just cause devoted comrades devoted to fighting for the preservation and public access all we colony's most cherished of natural gems. We will require your head size best fit for your devoted Heroic Fighter Beret.