‘No Evidence’ Of New Strains In Country, Says Minister 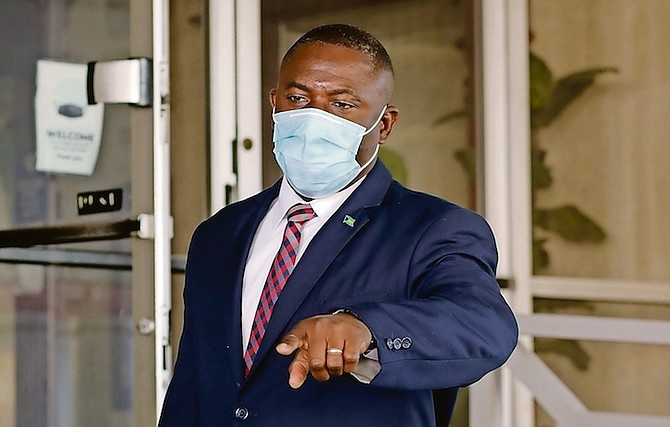 HEALTH Minister Renward Wells said there is “no evidence” any of the new coronavirus strains are present in the country after dozens of positive samples sent abroad earlier this year produced negative results for the COVID-19 mutations.

Speaking to reporters ahead of yesterday’s Cabinet meeting, Mr Wells revealed officials have finally received the long-awaited tests results of the positive COVID-19 samples sent to Brazil in January.

Of the 55 samples sent, the Health Minister said only some 30 samples were still able to be tested months after they arrived in Brazil, all of which produced negative results for the new strains found in the UK, Brazil, South Africa. Dozens of countries worldwide have since detected the mutations.

Yesterday, Mr Wells said: “To date, we have no evidence of the new strains but again, we will speak to those (during a press conference today), but we would’ve gotten back the results from PAHO lab in Brazil. Of the 55 samples we sent, I think 30 of them (were) still viable to be tested. We tested all 30 and none of those showed that we had a new variant. It’s just the old COVID strain, the initial strain that we have in country.”

However, some might argue the test results might not necessarily reflect an accurate picture on the situation since the samples were sent earlier this year.

Since March, the Bahamas has seen a sustained uptick in positive COVID- 19 cases, with some of the new cases related to travel.

Yesterday, Mr Wells said officials plan to send additional test samples to a reference laboratory in Trinidad for further confirmation, which he says has a quicker turnaround time for test results.

“We are now sending our samples for genomic sequencing to CRS down in Trinidad, the Caribbean lab to do it for us and they have a more of a two-week turnaround time so we would be able to get a better sense as to where there is a variant.

“But you know the vaccines have been proven effective against the variants as well especially Pfizer, Moderna, and the others as well and so again, we have in hand the solution for what ails us and that is the vaccine.”

The Bahamas does not have the capacity for the genomic sequencing that is necessary to determine if more infectious COVID-19 variants found abroad are present in the country.

However, Mr Wells has previously said the government is currently looking at ways to secure the tools needed to do so.

Really quite hilarious. Might as well send "the samples" on a snail boat to Siberia!

Guess he is following global script as it may be our turn to create GB strain or Rum Cay Strain, any thing to to keep their curfew knees on our necks now past 386 days. We can breath minister.

Yet according to the very politicized and comical CDC, the UK variant itself and strains of the UK variant are now dominant throughout much of the US, and especially in Florida.

At least it's nice to learn from our highly qualified minister of health that The Bahamas seems to be invincible to these new strains of the Communist China Virus. Does he think it might be our saltier air that they find most disagreeable? LOL

The only strains here are in the backs of Bahamians. Of course, that is nothing new ... so why is this even news?