FRONT PORCH: Many are finally waking up to the harsh reality of COVID and taking the vaccine

A SOLDIER heading to war or to a military engagement usually has a number of normal fears. Once on the battlefield or in a foxhole surrounded by enemies, mortar fire and other deadly instruments of death his fears morph, sometimes growing more intense.

He has to defend himself and his friends, going on the offensive when necessary. But his fear typically turns into a certain survival instinct or courage, which override his anxieties. Resolve is summonsed at the barrel of a gun.

During this stage of the war against COVID-19, with the more transmissible and pernicious Delta variant killing and assaulting even more people at home and abroad, the reactions of the unvaccinated are rapidly changing and morphing like the soldier experiencing the reality of his potential death.

Finally, after nearly two years of suffering, with hospitals overrun and some jurisdictions in the worst phase of the pandemic, relatives sick and dying and contraction of the diseases leading to grave illness, scores of the vaccine hesitant or vaccine resistant are frightened or panicked.

Entire Bahamian households are becoming ill. People from their 90s to their 20s are sick and even those in their 20s are dying. Over 307 people in The Bahamas are dead because of the disease. The youngest death thus far was a five-month-old baby.

The deluge of lies, falsehoods, misleading statements, paranoia and conspiracy theories are yielding for many to a disease mocking all of these deceits and foibles. Many were wittingly and unwittingly taken in by the infodemic of untruth. Those who spread false information have a degree of moral culpability.

There are reports from overseas that even some rabid anti-vaxxers are donning disguises to secretly take a vaccine. Other anti-vaxxers will never admit error, even as they lay gravely ill or dying. Their death certificate might, sadly, add pride as a contributing cause of death.

Death concentrates the heart, mind and will. Fear, arrogance, indifference, magical thinking and false information are dramatically giving way to the fear of death from the SARS-COV-2 virus.

After some wobbly and at times arrogant and injudicious comments from certain national religious leaders, some of them backtracked about restrictions on church attendance as the number of cases, hospitalizations and deaths increased, including, likely, among their congregants.

Following a disturbing story about a Church of God event, which reportedly led to the illness and death of a number of attendees, some Church leaders appear somewhat humbler, even if only temporarily.

Unfortunately, the non-response response offered in a letter by a Church of God leader was terribly lacking and demonstrated little to no moral responsibility or explanation about the event.

Hubris and the deadliest of the deadly sins, pride, are yielding because many of the vaccine hesitant are witnessing of the death of others and now fear for their individual mortality.

The writer CS Lewis wrote: “For pride is spiritual cancer: it eats up the very possibility of love, or contentment, or even common sense.” And a Jewish Proverb instructs: “Pride is the mask of one’s own faults.”

Many thought they could ride out the disease through social distancing and by following various protocols. Others deemed themselves too healthy to succumb to the disease.

Some declared their faith elixirs such as certain bush medicines and other treatments they swore by, some until they were hospitalised or near death.

After many long months of pleading by government leaders and public health officials a rush of Bahamians are heeding the personal witness and testimony of those who now have vaccine regret, including some who have passed away.

Here at home, the serious illness of a well-known and beloved doctor, who became quite sick because of the virus, has finally convinced quite a number of staunchly vaccine hesitant individuals to get vaccinated. 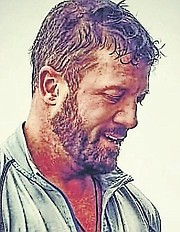 WEIGHTLIFTER and mountain climber John Eyers, who died from COVID-19 while wishing he had been vaccinated.

As reported in a UK journal, John Eyers, a 42-year-old Welshman was described by his twin sister as, “the fittest, healthiest person I know”. He was a weightlifter and avid mountain climber. He had refused to get vaccinated.

The story in the journal reported: “She added that her brother had been climbing Welsh mountains and camping in the wild four weeks before his death. But he was left in intensive care after catching coronavirus, and told his consultant before he was ventilated that he wished he had been vaccinated.”

‘He thought he would be ok’

The story noted that both his twin and mother were heartbroken after his death. His distraught sister lamented: “He thought if he contracted COVID-19 he would be OK. He thought he would have a mild illness. He didn’t want to put a vaccine in his body. His was pumped full of every drug in the hospital. They threw everything at him.”

Others have died or become quite ill because they thought the vaccines were too, “experimental”, though many of these were happy to take experimental and other pharmaceuticals. This is more than irony. It is farce on steroids.

Thankfully, The Bahamas may be turning a corner with more vaccines available and many of the reluctant and hesitant now coming forward to get vaccinated. The Bahamas will reportedly receive a total of 397,000 doses of the Pfizer vaccine from the US Government, with 128,700 doses due to arrive today.

In the words of Prime Minister Dr Hubert Minnis: “Despite the present moment, there is compelling and audacious hope on the horizon.”

FORMER Governor General Sir Arthur Foulkes, a friend of the late AD Hanna offered this tribute to his departed comrade and fellow nonagenarian.

The two Arthurs were progressives and intellectual who shared a love of country, which they demonstrated through decades of sacrifice and struggle. The Bahamas was fortunate to have such political giants and Founding Fathers.

“The passing of the Hon Arthur D Hanna has brought to a close an extraordinary life spent in devoted service to our nation. His invaluable service was motivated by a passionate love of country, unbounded confidence in the potential of the Bahamian people, and full commitment to the cause of freedom and self-determination.

“For a period better measured in decades rather than years I was privileged to call him friend, and for some exciting years to have been a comrade with him in the struggle for the fullness of democracy in The Bahamas. His commitment to the independence of the Bahamas was early and unwavering.

“While we mourn his passing at this time I trust that the people to whom he gave a full measure of service will long remember and celebrate the life of this great Bahamian.”