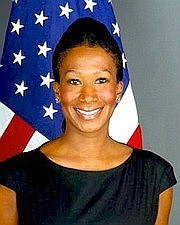 MINISTER of Foreign Affairs Fred Mitchell has sent condolences on behalf of Prime Minister Philip “Brave” Davis and the government regarding the shooting death of the mother of a former US Ambassador to The Bahamas.

“The Ministry of Foreign Affairs notes with sadness the tragic shooting death of Jacqueline Avant, mother of former United States Ambassador (Nicole Avant) to The Bahamas from 2009 to 2011,” Mr Mitchell said in a statement.

“On behalf of the Prime Minister Philip Davis and the government, I convey condolences.

“I express those condolences to the Avant family and to the Embassy of the United States in The Bahamas.”

According to the Associated Press, Jacqueline Avant was fatally shot at her home in Beverly Hills, California early yesterday. Mrs Avant, a Los Angeles philanthropist, was the wife of legendary American music executive Clarence Avant and mother to Nicole Avant.

“Police and paramedics arrived at the home after a 2.23am call to find Jacqueline Avant, 81, with a gunshot wound, Beverly Hills Police Chief Mark Stainbrook said at an afternoon news conference. She was taken to a hospital, but did not survive,” AP reported.

“The suspect or suspects were gone when police arrived. No one has been arrested and the motive remains unclear, Stainbrook said. Nothing was stolen from the house, and no one else was injured,” an AP report said.

Nicole Avant was appointed as US Ambassador to The Bahamas in 2009 by former US President Barack Obama. She served until 2011.

Sad. Heartfelt condolences to Ambassador Avant and her family.