FRONT PORCH: Where’s our appetite for moving towards a republic? 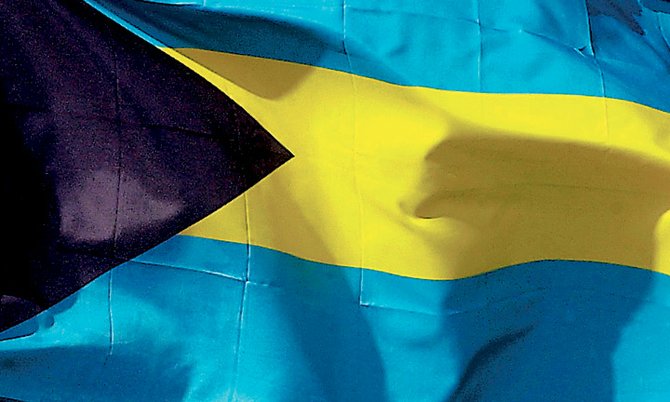 “The change is daunting. The capacity for ordinary persons to manage that change is sometimes questionable but if we somehow hold onto each other, we can make that journey.”

Becoming a republic and removing the British monarch as head of state would have been a bridge too far for many Bahamians. It may have significantly reduced support for independence.

Dr Derek O’Brien is a Reader in Public Law at Oxford Brookes University, “a public research university in Oxford, England.” He has written extensively on Caribbean constitutional law.

In a May 2016 article published on Constitutionnet, Dr O’Brien traces the constitutional roots and impetus toward republican status for a number of Caribbean states.

The Dominica case is intriguing. Why was it the only former British colony to become a republic at independence in November 1978? The country had been colonized by both the United Kingdom and France.

Since independence, Dominica has enjoyed certain ties with France and a number of Francophone nations. Its decision to immediately become a republic deserves greater study.

Dr O’Brien details why the British colonies retained the Crown. He observed: “Such loyalty to the British Crown requires an explanation, especially in a region that had been so ravaged by the experience of slavery and where the majority of its citizens were direct descendants of those former slaves.”

Dr O’Brien argues the loyalty to the Crown is traced to the slavery era. As was the case in The Bahamas, many former slaves in the region mistakenly believed that Queen Victoria played a pivotal role in emancipation.

As noted previously in this column, the historic irony is that though Victoria was praised by slaves for emancipation, it was actually King William IV who signed the declaration of Emancipation. Still, Victoria was viewed a liberation symbol.

The emancipation of slaves was not mostly about these ancestors being benevolently freed. The larger, more compelling narrative is that of centuries of struggle and resistance, including by Bahamian freedom fighters over generations.

A late parent often recalled that her father, among a number of other Bahamians of his generation, refused to allow her and her siblings to attend the annual Empire Day on Fort Charlotte.

The older man bristled at Bahamian children lining up obsequiously to pay obeisance and fealty to the British monarch and empire that had enslaved their ancestors. Yet there were many others happy to participate in the pomp and ceremonies presided over by the British Governor and mandarins.

Colonial administrators utilized Emancipation Day to encourage loyalty to Britain and the Crown. They also utilized coronations, royal visits, jubilees and other occasions “as a way of reinforcing veneration of the Crown,” even after Victoria’s death.

University of Maryland Senior Lecturer Anne Spry Russ’ “research interests include the nature of identity and culture in the modern British Empire, with an emphasis on imperial identity in the twentieth-century Caribbean and British Isles.”

She writes: “From at least the turn of the nineteenth century imperial propaganda…helped to develop in West Indians habits of mind that created strong ties of loyalty to the British monarchy”, with “the British monarchy [becoming] part of the fabric of everyday life” in the Caribbean.

Deeply aware of the popularity of the Crown, the Caribbean’s political directorate, with notable exception in Guyana, pledged loyalty to the Crown. This included Jamaica and Trinidad and Tobago, which achieved independence respectively on August 6 and 31, 1962, just over a decade before The Bahamas.

But, as Dr O’Brien notes: “Attitudes amongst political leaders towards retaining the Crown as head of state have, however, shifted significantly since the independence era.” Except, it seems, for one or two states, including The Bahamas, where neither of the major political parties appears to have any appetite for our becoming a republic.

In Barbados, both of the major parties supported the country becoming a republic. The move toward republican status was achieved through a vote of parliament. It did not require a referendum, though the majority of Barbadians supported the change.

Yet as Dr O’Brien opined: “Despite consensus among Jamaica’s political parties about the desirability of replacing the monarchy with a republican form of government, the need for popular approval in a referendum may ultimately thwart the initiative.”

In The Bahamas, the road to independence was more complex and fraught than many may now recall. The Hon. Arthur Hanna and other progressives wanted an independence date earlier than the more conservative Sir Lynden.

Many in the country were fearful of breaking from Great Britain, including some who were a part of a separatist movement on Abaco, which wanted to remain a part of the United Kingdom.

The Abaco secessionist movement is another story. One small chapter was a visit by an FNM delegation pleading with Abaconians to remain a part of The Bahamas.

A crowd in which many were hostile to independence was addressed by Sir Arthur Foulkes and the late historian and politician Dr Paul Albury. Together, the two men argued forcefully for Abaco remaining a part of The Bahamas.

Progressives in the new Free National Movement, who had fought alongside Mr Hanna for majority rule and independence, were concerned about sovereignty under an increasingly autocratic Pindling, though they were philosophically for independence.

In a conservative Bahamas, with quite a number still believing in the racial superiority of the British metropole and the white oligarchy, there was worry that the black majority could not govern the country.

A number of observers have noted The Bahamas will inevitably become a republic. But death is also an inevitably, which could take a long time and is often fraught with pain and great difficulty.

It was reported that at the recent UN Climate Change Summit, Prime Minister Philip Brave Davis invited Prince Charles, the heir to the British Throne and Prince William, the next in line after his father, to attend our 50th independence anniversary celebrations.

What signal does this send? What is the symbolism of inviting two heirs to the British Crown to attend our 50th anniversary of sovereignty? Mr Davis watched as Barbados at its 55th independence anniversary became a republic and inaugurated a Barbadian head of state.

The ceremony in Bridgetown, Barbados, was about more than pomp and circumstance. Prime Minister Motley has launched Barbados on a new democratic journey: the repurposing and revitalization of their nationhood.

They are moving toward greater political maturation and responsibility, constitutional change and the forging of a greater democratic ethos and mindset.

A newspaper in the UK observed: “Papua New Guinea is thought to be one of the least likely to make the move [toward a republic] as it is said to be ‘the one part of the world where the Queen is, effectively, an elected monarch’, as it appointed her head of state after gaining independence from Australia in 1975.”

Is it possible that The Bahamas may become a republic even after Papua New Guinea? There is a stagnancy in our democracy. We are regressing in a number of areas, including the quality of those serving in parliament and frontline politics.

Despite this stagnancy and regression on a number of levels, there seems to be scant interest by political and opinion leaders and others to begin to make the case to the Bahamian people about eventually moving toward a republic.

When we “inevitably” become a republic, it may not be because of strongly held convictions by the political directorate and a majority of the populace.

It may be because it would look too embarrassing not to be a republic, and embarrassing for the British Crown. It may require British officials whispering in our ears: “It really is time to go!”

This column is part of an ongoing series on democratic change and renewal in The Bahamas.

There is no appetite here for a republic says the author. I quite agree. The idea that it is "progressive" to have a republic is nonsense. Most of the republics which overthrew their monarchies have turned out to be failed states with financial and political instability. Why would we want that here? We have a good system of government now with a BahamIan Governor-General, Parliament and impartial courts. Investors have confidence in our country that their investments are safe. Canada,Australia and New Zealand have all prospered. They are monarchies like our country. Barbados is hardly a democratic republic. Mia Mottley refused a referendum as polls suggested the public would vote against a republic. What do the regional leaders have to say about that anti-democratic exercise? Let us keep what works!

There is no benefit to becoming a republic. We are far better off maintaining our current connections and established beneficial situation.

BA will promote Cayman and Turks&Caicos. It’s the economy. A poll would be good…

... one can easily argue that in many respects we are worse off since independence, especially in education and social standards! THe same political class that has squandered opportunities for national growth since independence will be the same ones with clout in a republic with no net benefit to the country!