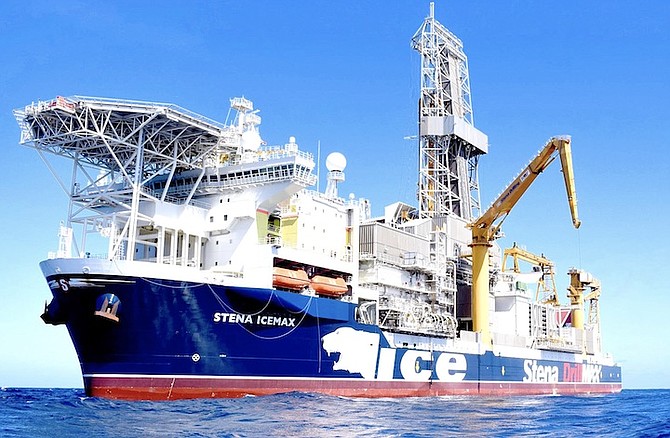 Creditors owed a collective $11.3m for the drilling of an exploratory oil well in The Bahamas have agreed to accept a near-84 percent haircut on this debt, it was revealed yesterday.

Challenger Energy Group, the former Bahamas Petroleum Company (BPC), in a statement to the capital markets said contractors, vendors and others that provided services to facilitate the drilling of its Perseverance One well in waters 90 miles west of Andros have agreed to accept a $2m settlement on what is collectively owed to them.

“All remaining creditors from the drilling of the Perseverance One well in The Bahamas in early 2021 (approximately $11.3m) have agreed to be settled for total payment of approximately $2m in cash, of which approximately $0.6m has been paid to-date,” Challenger said.

It added that “the remaining balance of approximately $1.4m [is] payable by January 31, 2022, to reduce the total of remaining Perseverance One creditors to nil. Payment of this remaining balance is to be funded from new capital to the business, which is in the process of being sourced by the company.”

The creditors involved are not identified, and there was no mention as to whether Bahamian or local companies and service providers were among them.

It is also unclear why creditors on Challenger/BPC’s Bahamian exploratory well have agreed to effectively write-off some $9.3m, or 83.7 percent, of the debts owed to them. However, this settlement on the surface represents a significant victory for the oil exploration outfit in its battle for financial survival, as the Bahamas-related debts had accounted for over half is $22m liabilities.

Challenger’s progress to restoring financial solvency and stability is likely to disappoint Bahamian environmental activists, who were doubtless hoping never to see from or hear of the company again. Its statement made no mention of the four Bahamas oil exploration licences it is seeking to renew, nor the status of negotiations on these with the Davis administration.

The oil explorer also made no reference to outstanding licence fees owed to the Government from past exploration periods, which are thought to be over $1.5m, and whether these have been paid.

This was seized upon by Casuarina McKinney-Lambert, the Bahamas Reef Environment Educational Foundation (BREEF) executive director, who told this newspaper: “We still don’t know how much of the outstanding licence fees owed to The Bahamas have been paid. This is a serious concern. The statement doesn’t disclose that, and the Bahamian people deserve to know.”

“This matter remains subject to negotiation with the insurers given that the well was completed safely and without incident almost 12 months ago.” However, the BREEF chief questioned what this was “all about”.

“How can the insurance premium still be subject to negotiation?” she challenged. “How much does the company that drilled in our waters still owe the insurance providers? What was the level of coverage? We have asked what the minimum insurance required by the Government was, and to see the certificate of insurance to understand what was actually covered by the policy.

“We heard BPC [Challenger] state that ‘fisheries and tourism were covered’. What does that actually mean? Fishermen and tour operators expressed extreme concern about the risks of drilling on the edge of the Great Bahama Bank. It’s clear that it is time for a ban on oil drilling in our waters.”

Still, the Challenger statement makes clear that the Perseverance One creditor settlement is vital in inching the oil explorer back to financial health. “The previously reported aggregate payables, creditor, liability and other potential financial exposures on the balance sheet - of approximately $22m - will be reduced to approximately $2.5m,” it said.

“The cost cutting programme embarked on in July 2021 is now also substantially complete. The company’s ongoing cash-burn has been reduced from a high of $700,000 per month in February 2021 to less than $200,000 per month currently.

“The company’s current cash balance is $1.5m, and the Company is presently evaluating various funding alternatives to secure additional capital - both to enable timely payment of the final agreed creditor settlements in the 2022 first quarter (for which approximately $2m will be required), as well as to provide sufficient working capital thereafter.”

Eytan Uliel, Challenger’s chief executive, was quoted as saying: “At the start of November, when advising of Challenger Energy’s financial results for the first half of 2021, I observed that technical results below expectation and substantial cost increases on two successive wells in The Bahamas and Trinidad, coupled with inherited legacy liabilities, had placed the company in a stressed financial position - one where aggregate payables, creditors, liabilities and potential financial exposures on the balance sheet substantially exceeded the company’s cash resources.

“Since then, we have engaged in a comprehensive, company-wide balance sheet restructuring process, whereby the stressed financial position has been dealt with by way of agreed settlements with creditors, as well as various other agreed payment deferrals and similar actions.

“The result is that the previously reported total of payables, creditors, liabilities and potential exposures of approximately $22m is expected to be reduced by approximately 85 percent by the end of the 2022 first quarter, with almost none of the residual being at the parent company level. Work is continuing to reduce this even further. Once this process is complete, the balance sheet of the company will have been substantially repaired.”