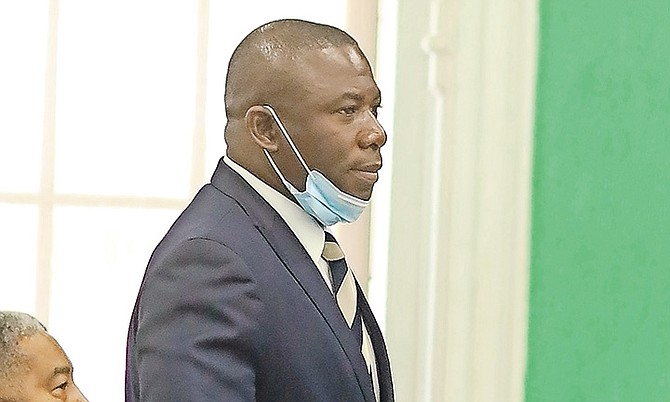 HEALTH Minister Renward Wells said the government will spend about $100,000 for a number of ultra-cold coolers that could store Pfizer vaccines even though there are no plans to acquire those vaccines at the moment.

Pfizer vaccines must be stored at -70 degree temperature, making them a suboptimal choice for rural areas and developing countries.

Although there are no current plans to get the Pfizer vaccine, Mr Wells said the Cabinet approved the purchase of the coolers.

“I’m of the view it’s always better to have it and not need it than to need it and not have it,” he said. “You’re looking at around $100,000 for all of the coolers. I believe it’s about ten coolers.”

At a press conference last week, Dr Merceline Dahl-Regis, head of the COVID-19 Vaccine National Consultative Committee, said of the three prominent global vaccines – Oxford/AstraZeneca, Pfizer and Moderna – the Oxford/AstraZeneca vaccine is the one officials preferred.

She suggested Pfizer was the least attractive of the options.

“We were quite amenable to receiving Moderna but because of the ultra-cold requirements of Pfizer we recognise that would have been a challenge for portability, particularly throughout the archipelago,” she said.

Officials anticipate that 100,000 doses of the AstraZeneca vaccine will arrive in the country sometime between now and the end of the second quarter of the year through the World Health Organisation’s COVAX facility.

Meanwhile, some countries in the region have sought access to vaccines through other channels.

According to international reports, Dominica and Barbados this week received vaccines made in India.

On Wednesday, the Office of the Prime Minister announced that the Oxford/AstraZeneca vaccine will be given to all people over the age of 18 after the WHO endorsed its use for people over 65.

Health officials have formed three “priority groups”, a characterisation that will determine who gets the vaccine and when.

Group three will include all other adults.

Wow, so you wanted the pfizer and moderna vaccine , bjt you arw settling for the oxfors vaccine. Why would bahamians want the.third choice? Why arw you going to spend $100,000 on freezers that we do not need? Mr. Wells, would you spend $100,000 so loosely at you house? Just because it isn't your personal money does not mean you have to waste ours.

Huh? Now I don’t know if Wells should of said that like that. But doesn’t seem like acquiring appropriate freezers would be challenging - I don’t know, I stand to be corrected. Will they be used or stored for whenever/if we get some Pfizer

Their head Jamm. All common sense has left them providing they had any in the first place.