‘Raising Water Rates Will Hurt Far Too Many’ 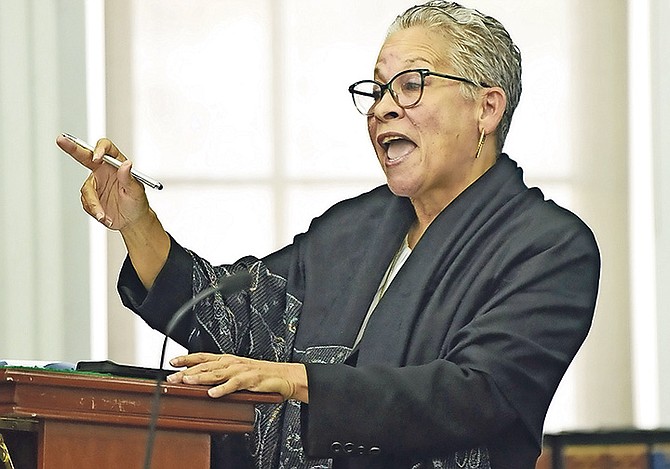 It is not clear when the increase will take effect.

During a debate in the House of Assembly yesterday, Mrs Hanna Martin opposed the plan.

She later told The Tribune: “We are a developing nation and access to water is a critical component of health for any population. There is a reason why we have the pumps in communities. It is to ensure continuous accessibility for people who are not able to get water.

“It’s not something during this very difficult time that any administration should be contemplating, where people are not working, they ain’t’ getting electricity, their children ain’t in school, you increase VAT and now you want to increase the rates of water? At some point you got to stop putting pressure on the small man in this country and you have to look to the wealthy.”

In 2018, the Inter-American Development Bank released a report that recommended an increase in WSC tariffs.

The IDB noted the corporation cannot cover its operating expenses from revenue/cash flow and that this leaves it unable to finance capital projects and repairs.

“A tariff increase will be needed to make the Water & Sewerage Corporation a financial viable utility,” the IDB report said. “A core issue relating to the WSC financial condition is the comparative level of the unit tariff to the unit cost.”

Regarding the IDB’s analysis, Mrs Hanna Martin said: “That’s always been the case. That is why the government subsidises water. The IDB can come and give a commercial analysis. I’m not giving a commercial analysis, I’m giving an analysis of what developing people do when it comes to an essential element like water. Where you need capital works, then the government finds funding for its capital works. Next they’re going to say stop subsidising it. I don’t think it’s compelling.”

Now you see why we a backward nation. The MP classes us as a developing nation. So that why we keep operating like a banana republic. Here is a classic political who was in Cabinet and that is how her vision of The Bahamas.

The Bahamas is a developing country. I do not care what you believe or fantasy.

Why don't you visit some of the islands in MICAL or let the people of Ragged Island tell you what is live on that island?

To paraphrase a Bahamian living aboard with a PHD, Bahamians live in their own little world. Especially the ones living on New Providence and the port area of Grand Bahama.

Thats the only thing the bahamian government can do well, raise taxes. It is such a copout. Even i can be a minister. You have a flat tire....raise taxes, your stomach hurts, dont worry , just increase taxes. Can ministers even think to solve problems without raising taxes.

How about fixing the water leaks? That would probably eliminate the deficit.

Exactly. Leaks all over the place. I know of a leak close by my house that at least 2 gallons a min was going out of it. I reported it over and over again. It took about 14 months before someone finally put a temporary patch clamp on it. It still has not been properly fixed

It's loud mouth wertless career politicians like this wretched imbecile that has kept our country in the terd world.