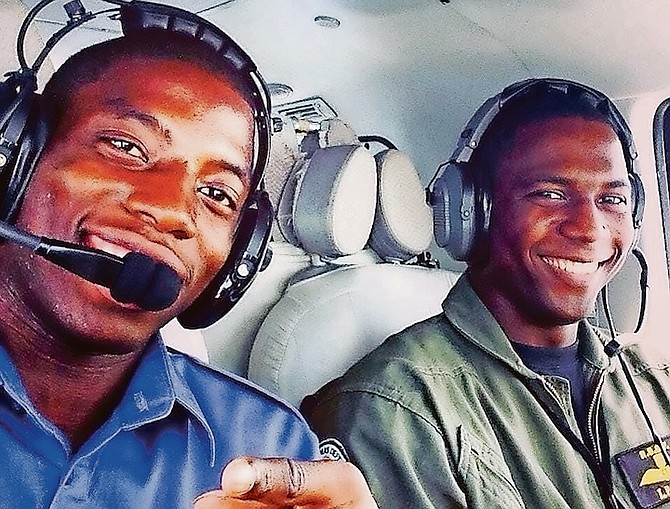 UPDATE: Police have said that the aircraft that crashed in Treasure Cay, Abaco has been identified as a plane that was reported stolen. Police received the report of the theft on Tuesday. The plane had arrived in Treasure Cay Airport on Friday and was schedule to depart on Monday when the theft is alleged to have taken place.

THE airplane involved in Monday’s fatal crash in Abaco “appeared to struggle to get off the ground” at the runway in Treasure Cay before the incident, according to crash investigators.

Yesterday, the Aircraft Accident Investigation Authority revealed the issues the plane appeared to experience moments before the fiery crash.

“According to reports, the aircraft after start-up took quite a while before it started its take off roll to the runway for take off,” the AAIA said. “Eyewitnesses stated the aircraft appeared to not be making enough power as it appeared to struggle to get off the ground.”

“The aircraft used the entire runway and ended in bushes approximately 2,000 feet beyond the end of the usable runway after hitting several trees along the debris path. Weather at the time of take off was described as ‘not bad, but just some light sprinkles’.”

The agency said the weather shortly after the crash became intense which, along with the fire, hampered rescue attempts.

When an investigative team arrived on the island yesterday morning, the fire in some areas was still smouldering. The aircraft was damaged due to the impact sequence and post impact fire, investigators said.

The remains of both pilots were removed from the aircraft yesterday and will be flown to Nassau for autopsy.

“Investigations will continue to determine why the aircraft would not gain altitude which contributed to the accident,” the AAIA, which is conducting the investigation, said.

Although authorities have not identified the two deceased men, sources told The Tribune they are pilots Jason Allen and Lavan Paul. Both are said to be former Royal Bahamas Defence Force marines.

Tributes have been posted to social media by loved ones in the wake of the tragedy.

“Jason Allen, you cut me deep, I’m trying to be strong for mommy, but brother you know I was so protective of you... You know if you needed to talk to me about anything I’m all ears,” the woman wrote. “But now I need you here and I can’t get you. Last night, I (sat) in your room alone, telling myself that you just away, Canada or something, I’m not trying to face reality.

“... Watching you rush out of here Saturday and you told me you coming right back and you haven’t returned yet playing with my mind. Jason, I know God has us, I know you couldn’t do anything at that moment but pray. You lived a full-on life, everything you wanted to do, you did.”

“Upon arrival, officers discovered an airplane in bushes some distance away from the Treasure Cay Airport fully engulfed,” police said. “Initial enquiries revealed that the airplane was observed taxing and a short time later smoke and flames were seen coming from the airplane. Additionally, two pilots were onboard the airplane when it crashed. Further checks were made and there were no signs of life onboard.”

Minister of Tourism and Aviation Dionisio D’Aguilar explained the plane, an IAI 1124 Westwind N790JR, left the Dominican Republic on Friday for Treasury Cay - the plane was scheduled to fly to New Providence on Monday.

Much prayer and love to the families.

Sorry about this. It is my hope that they died before the plan caught fire.

May their souls and the souls of all the faithful rest in peace.

A stolen plane? I wonder what it was carrying?