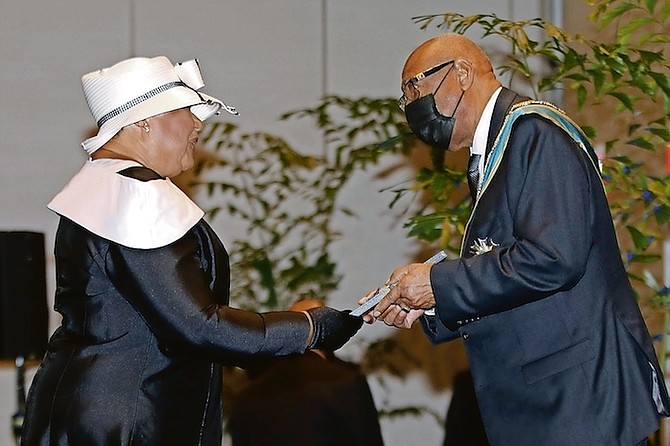 Dr Merceline Dahl-Regis receives her Companion of the Most Distinguished Order of St Michael and St George insignia. 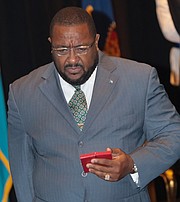 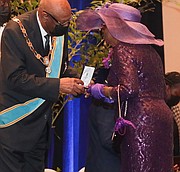 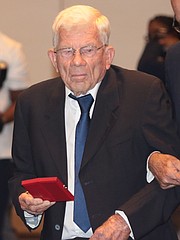 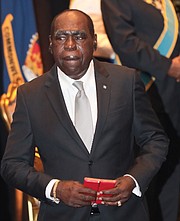 TWENTY-SIX Bahamians were recognised during a ceremony at Baha Mar yesterday with Queen Elizabeth II’s New Year’s and Birthday Honours for their contributions to national development.

Prime Minister Dr Hubert Minnis said: “By honouring these citizens of distinction, our children and young people are able to see themselves and their future, to recognise their potential and gifts, to dream wonderful dreams and to discover and to touch hope.

“In honouring these citizens, we offer future and current generations fine examples of national and community service.”

Dr Minnis said the recipients include people who made an impact in areas that include commerce, public service, medicine and public health, religion, community service, civil society and other areas of national development.

Among those honoured were Sir Godfrey Kelly, who received the Most Distinguished Order of St Michael and St George.

Those appointed Companions of the British Empire are Peter Goulandris, Rev Dr Carrington Samuel Pinder and Sir Orville A Turnquest.

The honours had been previously announced, however, the recipients were officially recognised yesterday.