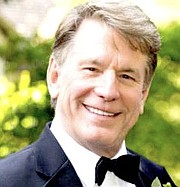 The Bahamas has hit the airline “sweet spot” with more than 80 percent of incoming seats to the destination filled during June 2021, it was revealed yesterday.

Airline load factors for June totalled 80.7 percent compared to 88.2 percent for June 2019, and Mr Lounsberry said: “Eighty percent is kind of the sweet spot for airlines. We’re kind of moving where we were in 2019.” However, he warned that “there a lot of things interfering with our ability to hang in their this summer going into fall” when it came to airlift availability meeting demand.

These included shortages of flight crew, which were preventing airlines such as Southwest from ramping up service to The Bahamas in terms of both routes and frequency. “Another issue unique to us is that we have fewer seats but are having stronger business,” Mr Lounsberry added.

Data showed that the average visitor length of stay in The Bahamas had increased by one day, from 5.8 days to 6.8 days, at a time when 1,100 New Providence hotel rooms were out of service due to the Sandals Royal Bahamian and Melia Nassau Beach closures. This meant there was a need for fewer airline seats, while cruise line home porting was further adding to the demand.

With fuel prices also rising, Mr Lounsberry said air fares in the US had increased “20-ish percent”, but this was anticipated to ease as carriers such Frontier Airlines provide more competition. He added that the latter’s four flights per week from Miami had increased seat capacity into The Bahamas by 732 weekly, while American Airlines had added 520 from Austin.

Southwest Airlines was due to resume service from Fort Lauderdale on October 7, and from Washington DC on October 9, and West Jet restarting flights in August. Mr Lounsberry said the amount of airline seats into The Bahamas had increased from 6 percent of 2019 levels in October 2020, when “we were dead”, to 67 percent by July.