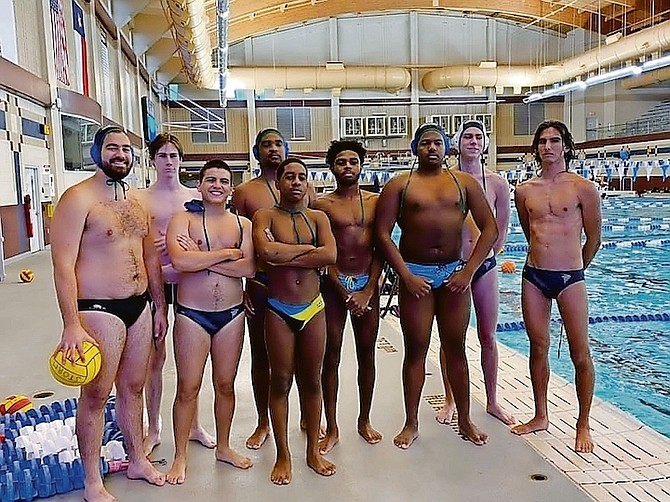 BAHAMIAN Mantas Water Polo will embark on another historic initiative in their collaboration with a leading club in Houston, Texas.

The group of 18 Mantas will participate in both the U-18 and U-16 age groups as the Storm attempts to qualify for the USA Water Polo National Junior Olympics finals held July 29 to August 1 in Dallas, Texas.Games will begin this morning and run through the weekend at the CFISD Natatorium.

In 2018, the Mantas first joined the Storms in their successful qualification and historic appearance at the USA Water Polo National Junior Olympics.

Six members of the Mantas - Saequan Miller, Gabriel Sastre, Alexander Turnquest, Nicholas Wallace-Whitfield, Gabriel Encinar, Damian Gomez and Thor Sasso - joined the Storm to form a select team - BahTex ManStorm. They finished 24th out of 48 teams in the Under-16 Classic division at the event in San Jose, California.

The BahTex ManStorm opened the tournament with a 7-3 loss to the N San Diego Stars but followed later that afternoon with a 9-6 win over Praetorian WPC. They advanced to the upper 24 teams division with a 5-4 win over Raptor A.

In the final group of 24, the team suffered consecutive losses to Vanguard Red (11-4) and CDM Aquatic White (8-7). The losses placed the ManStorm in Group S and in contention for 24-21 place out of the 48-team field bracket. The team exited the tournament with a 15-7 loss to the Clesea Piers in their final contest following a 10-8 loss to San Jose WPF.

The Bahamian players first joined the Storms at the Southwest Zone Junior Olympics Qualifier tournament in Houston, Texas, where they finished fourth out of 10 teams.

Also in 2018, Bahamas water polo began its string of successes at the 33rd CARIFTA Aquatics Championships in Kingston, Jamaica, with a trio of gold medals.

In July of that same year, the Under-16 Water Polo team concluded tournament play with a silver medal and secured Youth Pan Am Games qualification in El Salvador at the CCCAN Championships.