Insight: The Long Road To Creating A Billing System For Hospital 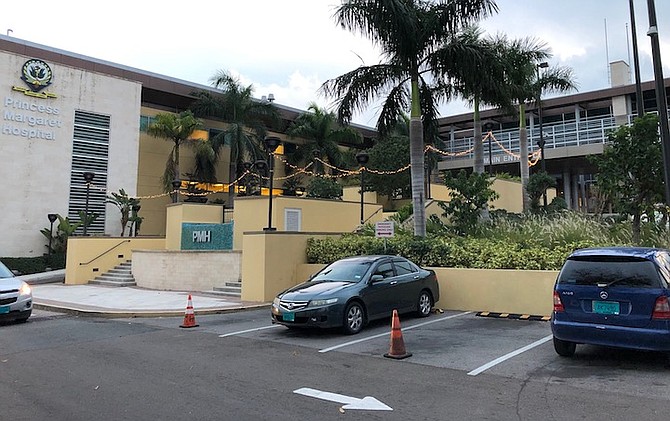 For decades, thousands of people have used the Princess Margaret Hospital and other health facilities without ever being sent a bill creating the perception for many that we have a “free” public health service.

The reality is hundreds of millions of dollars which should have been charged has gone uncollected because there was no proper system in place to send bills to patients or their insurers.

Shortly after the Minnis administration took office, then-Health Minister Dr Duane Sands, sounded the alarm on how much money was owed - upwards of $650m - and warned there should be some form of payment for those who use the hospital to assist with sustaining it. At the same time, he assured the public no one would ever be denied treatment.

Following this, it was announced staff would be hired to put together a billing system but the pandemic and all the restrictions it has imposed on our lives means we are still two years away from being near to issuing demands for payment.

The Tribune reached out to Lyrone Burrows, deputy managing director at the PMH, to find out where we are at today.

“We would have commenced a programme about two years ago to increase the number of persons within our institutions who would have certified coding capabilities,” Mr Burrows explained. “That was to put us in a position to be able to pull the maximum amount of billings to be able to submit to the insurance companies locally in order for reimbursements to occur.

“While we would have started about two years ago, it was not just hiring them immediately and putting them in that position. In their first year they would have gone through training and then mock testing and then go into the actual programme to be certified, which would have occurred towards the latter end of 2019.”

Mr. Burrows said the PHA is now working with that group and is in the process of advertising for someone to head up the team. The group, he said, is tasked with getting all the necessary information from the hospital’s systems, ensuring charge memos are put into the system for the coders to be able to properly assess to get a maximum billing.

“One of the things with coding is, if you don’t have someone who is skilled they can leave a whole lot of ‘money on the table’,” he said. “So you have to have someone who is extremely skilled and you can then move from a situation where you may be billing for $5,000 and instead the billing can move up to $15,000 or thereabouts.

“There are multiple challenges as it relates the billing process. The first thing is at this point, that entire process for charges to be submitted into our billing system is manual. So you go in and you obtain services. It’s a requirement of the physician or whoever is rendering services, to complete charge memos and those are done manually.

“Someone then has to go in and pull that information then compile them in order for a comprehensive bill to be submitted. Obviously if you are in a manual system that takes a considerable amount of time. In many instances by the time you are able to pull as much of the information together to submit a billing to the insurance company, in many instances the time period for submission is already expired.”

In its planned systematic upgrade, the PHA is set to use a fully automated system which Mr Burrows said is used in other public health institutions around the world.

“One of the things that we are attempting to facilitate is to move to a fully automated system,” he said. “It’s automated all the way through so you come in and register and you can only get services by virtue of your name already showing up in the registration system.

“I would say the changes will be made in a two year time frame and incremental. The expectation is a two year period in terms of all of the infrastructure being fully complete. The intention is bit by bit you would improve the different systems.

“One of the challenges we have now is where persons are getting services in different areas of the hospital without going through the proper registration process. When the services are rendered electronically, that information will automatically be sent back into our billing system.”

Asked if the start of rectifying the billing system has wrought an uptick in revenue for PMH as yet, clearly by his response, that is not in the stars as yet.

“The challenge in not being about to recoup a lot of the funds has multiple issues tied to it,” Mr Burrows said. “For instance based on the information I have for the year 2020, when you look at services rendered we had the opportunity for just under $71m of charges for processing. However, because of various policy guidelines and restrictions a significant percentage of that cannot be billed.

“The other issue is the rates as we are allowed to bill for the most part are extremely low. Those have not been adjusted since I believe 1984. Many of those stipulated billing amounts are codified in the local gazette. The pricing has not changed since 1984 and back in 1984 those prices were a fraction of what the going prices were for those particular services.”

In additon to being plagued with these problems, Mr Burrows said some people have figured out ways of cheating the hospital and the system out of even more money.

“For instance a significant amount of our civil servants, in the past, were able to access services at the public hospitals for free,” he explained. “At some point in time, many of them would have actually transitioned to having medical insurance which is paid for by the government.

“In many instances, those persons come to the public hospital and feel that they cannot be charged because they are public servants and the policy says public servants can get service free of charge. What they are doing is accessing base services at Princess Margaret Hospital or at the Rand free of charge and then they go to Doctors Hospital for other procedures and use their insurance there. So what ends up happening is the amount at the private insurer is being billed for services but at a fraction of what the true amount is.

“So in many instances the government is paying out twice. They are paying the premium to the private insurer, but those same persons get a significant amount of their service through PMH and the Rand and that service is being paid for by the government again. It’s a double edge sword that the government is being hit with in that regard.”

One of the things PHA will be pushing for, Mr. Burrows told The Tribune, is a repeal of the policy as it relates to civil servants, children and senior citizens, forcing them, if insured, to use their insurance at PMH.

“The other thing we would wish to do is to hopefully be able to at some point make a recommendation for the abolishment of gazetted fees and instead have our fees tied to market prices. So that whether you went to Doctors Hospital or you came to us the fee for the service, all intents and purpose, is the same.”

To those groups who, due to policy are not billed, PHA plans to charge them the full market value and then discount them to bring down their totals to what they can afford.

The big questions to Mr. Burrows was how much is owed to PMH by the Bahamian and illegal migrant population that use the facility and under the new system would they be allowed to continue to use the services while owing. His response was surprising.

“In terms of what you previously owe, based on our policies once a one year period has lapsed those amounts are actually written off,” he said. “So they would not show up in the system. So every year, pretty much, the cycle would start over again. Where public systems are moving to is where you don’t have to actually make any payment at the time services are being rendered.

“That is the whole intent and purpose of the National Health Insurance initiative, which is that everyone, to some degree, contributes through a deduction from their salaries for their, quote, unquote, medical insurance premium. PMH would not be billing a customer when they walk in the door. What we would be doing is billing NHI and NHI will then pull that money out of the pool of funds that they would have collected from those persons in mass.”

In the interim, he said, PHA is moving forward with its upgrades as part of its capital budget for the upcoming fiscal year. PHA, he said, has allocations for investments in some of those systems.

“It will allow our peripheral services to be able to talk to our main billing system,” he noted. “We are putting forward those amounts and the government will make the final determination as to whether they are in a position to fund it.

“Some of these would have also been incorporated in a loan facility that we are attempting to obtain through the World Bank to be able to increase a level of services that can be rendered at Princess Margaret Hospital. So it will not only be improving the footprint but also improving our automated system within the facility as well.”

A move to upgrade PMH’s billing system and certify its billing staff for the standards of the same, PHA is moving in the right direction in management of the 69-year-old healthcare facility.

There are off the shelf systems that i am sure they could buy which would work just as well and be implemented quicker then what they are doing.

Why send bills? Nobody gonna pay ‘em. It’s the Bahamas — everything but sneakers and cell phones is free! Ev’body know dat!

To those groups who, due to policy are not billed, PHA plans to charge them the full market value and then discount them to bring down their totals to what they can afford.

If according to the PHA you can't bill certain groups, then how can you charge them the full amount and then bring it down to what they can pay?

Also, why are civil servants and public officers not billed if they have insurance?

Is it any wonder why the country is broke? And if you try to change it the people will complain that the government uncaring.

PHA will spend a few more millions on "consultants" to create a billing system ........... that they can just get from any other private hospital (like Doctor's across the street).