Insight: The Road Back Has Begun But There’S A Long Way Still To Go 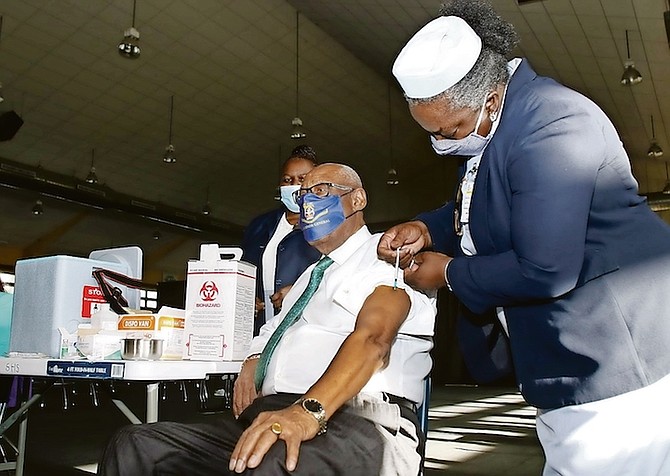 A year ago, countries all around the world were in lockdown as governments scrambled to make sense of their pandemic responses. Our first case of COVID-19 had been reported and our world was set to change in ways we could not imagine when Governor General CA Smith signed the Emergency Powers Act, giving the Prime Minister indiscriminate authority to govern the country. Closures of businesses sent our unemployment through the ceiling and our public debt soaring due to borrowing, while talks about a future vaccine gave little hope considering the timelines of a few years forecast by scientists.

Meanwhile, the government had to take on the colossal task of managing pandemic conditions with extremely limited resources and a healthcare system already bursting at the seams.

With the majority of the populace agonisingly living within accordance of the emergency powers - much to our credit - we fared far better than many would have anticipated.

Certainly, with the deficiencies of our healthcare system and the density of population in New Providence, things could have been much worse.

And while our economy will take some time to bounce back, we can finally let out a sigh of relief as the first shots have now been going into arms.

For a moment last week, concerns were raised – then rejected – about the Oxford-AstraZeneca vaccine being linked with blood clots. But the countries that put vaccinations on pause have now resumed, certainly a good sign.

Last week, AstraZeneca issued a statement. The company’s chief medical officer, Dr Ann Taylor, said: “Around 17 million people in the EU and UK have now received our vaccine, and the number of cases of blood clots reported in this group is lower than the hundreds of cases that would be expected among the general population. The nature of the pandemic has led to increased attention in individual cases and we are going beyond the standard practices for safety monitoring of licensed medicines in reporting vaccine events, to ensure public safety.”

Additionally, following the European Medicines Agency’s review of more than 20 million cases, its stamp of approval has alleviated some fears stemming from the reports of blood clots. Subsequently, European countries have restarted their vaccinations.

Locally, the government has taken some great steps to inform the public about the safety of the vaccine as well as showing and proving by having high-profile individuals take the vaccine for the public to see.

Some of those individuals were the Prime Minister, the Governor General and Head of the COVID-19 Vaccine Consultative Committee Dr Merceline Dahl-Regis. More and more, as seeing Bahamians we know and trust begins to ease our fears about taking the vaccine by being among the first recipients, increased uptake may become a natural consequence which might mean great things for us.

The Prime Minister’s announcement that there will be a national Independence celebration this summer, as well as Junkanoo parades at the end of the year are positive signs.

COVID-19 Vaccine Consultative Committee co-chair Ed Fields says once we have doses on the island, they are up to the challenge of vaccinating the population.

That’s definitely great to hear, but we don’t have sufficient amounts of the vaccine as yet.

On top of the 20,000 doses we have now received from India, another 33,600 is due to arrive here from the COVAX programme by the end of March and another 64,200 by the end of May. That’s probably about half the population that needs vaccinating so we’re still left needing another 120,000 first doses and then double that for second doses before we can achieve the herd immunity against the virus.

However, Janssen, the recently FDA approved Johnson and Johnson vaccine, which only requires a single shot, may provide a quicker success if we opt to try and obtain supplies of that.

One thing for certain is we are going to need some options as the COVAX facility only supplies countries with doses of the vaccine for 20 percent of their populations. And in the event PAHO and the WHO were operating under the knowledge that the size of our population is 300,000 people – nearly 100,000 less than our actual population size - there won’t be any additional doses coming from that avenue.

If that is the case, we can only hope there will be another gift on the way from another country. For the first time ever, the US, under President Biden, is offering four million doses of AstraZeneca to bordering countries Canada and Mexico. Hopefully, this generosity can be extended to The Bahamas as well. Perhaps this is a job for Foreign Affairs Minister Darren Henfield to discuss with the new Charge d’Affaires as we work to strengthen relations with the new administration.

Given the fact the US and The Bahamas benefit greatly from each other’s visitors, it would not be a long shot for this act of diplomacy to also be extended to The Bahamas. Certainly, a case can be made as to why this makes sense for both of our countries.

All said, some promising signs exist, but we must remain vigilant to prevent a third wave which some countries are currently experiencing.

With the relaxation of certain restrictions recently announced by the Prime Minister, the Bahamian people must maintain the good practices that have allowed us to perform well against COVID-19 as we look to vaccinate our people.

Now is not the time for us to get sloppy.