Alicia Wallace: Gender Bias Is All Around Us And It’S Time That Changed 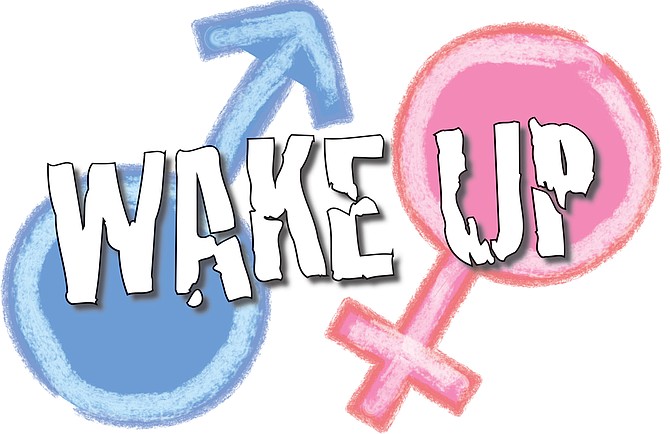 This week, some women in frontline politics were asked whether or not gender bias exists in politics. Their responses made it clear there is not only a limited understanding of gender bias, but a reluctance to acknowledge it. Perhaps there is concern that acknowledgment would be seen as making excuses or a sign of weakness rather than what it actually is — recognising and naming an issue that pervades our lives.

Gender bias, in simple terms, is the tendency to prefer one gender over another. It is connected to stereotyping and discrimination. Gender is a social construct. People decided how we should be behave and be regarded in the world throughout our entire lives based on visible reproductive organs.

Gendering and the constraints that come with it begin before we are even born. Once the sex is determined, a host of decisions are made. Colours, articles of clothing, names, nicknames, and parents’ dreams for their children are shaped by genitalia. Children are socialised to behave in ways that align with our understanding of gender. Boys, for example, are scolded for crying. As toddlers, they are expected to embody masculinity.

Gender is used to limit our experiences, behaviours and opportunities. The restrictions of gender are embedded in society and, as we perform gender the way we are taught — like men refusing to show a full range of emotion — gender biases are formed and falsely corroborated. We see men expressing anger, we perceive an absence of sadness and decide that they must be strong. We see women expressing sadness and perceive the anger women disguise as non-existent and society decides they are weak.

It is not that these gender stereotypes are true, but that we create restrictive environments that limit people based on gender. Predictably, we then behave in the ways we are taught; this is not a testament to the limitations of our genders, but the outcome of lifelong socialisation.

Men are seen as strong and decisive while women are seen as caring and sympathetic. Again, this is because we are socialised in these ways. Boys and girls are forced into adulthood when they are made to display masculine and feminine characteristics. Boys are often allowed to do things girls are not, from playing outside and leaving the home to underperforming in school while girls are made to help take care of the household and pushed to excel in school (which is proof that we recognise more is required of women).

From a young age, we are taught that men and boys have more freedom and women and girls have responsibilities to their families and communities. Boys are prompted to speak while girls are encouraged to be quiet. Boys and girls who show leadership skills receive different responses. Boys are applauded for their “strength” while girls are shunned and rebuked for being “bossy”. Boys’ leadership is nurtured and girls’ leadership is discouraged. This affects the way we view and embody leadership as adults.

The common refrain is that “women are too emotional” for leadership. The truth is that we are all emotional. We are experiencing emotions every day. We are happy, sad, angry, guilty, excited, disappointed, nervous, surprised, proud, embarrassed and thrilled.

Emotions are natural, subconscious responses to events. What we control is how we display or share our emotions. We learn, based on a number of factors, including gender ideology, how to control the visibility of our emotions.

For men and boys, anger is generally accepted as a valid emotion, so they are free to express it in their volume and tone of voice and in their actions. Anger is a common excuse for acts of violence perpetrated by men and boys.

For women and girls, anger is not accepted as a valid emotion, so we learn to withhold expressions of anger or to express it in ways that match other emotions such as sadness. It is okay to cry or become withdrawn as woman or girl experiencing sadness. This, however, is not acceptable for men and boys. If they experience sadness, they must hide it or express it in a way that matches an acceptable emotion for them like anger. Thus, we frequently confuse anger and sadness, though we have all learned to make one look like the other.

No emotion is better than another. Some emotions, of course, feel better. It is much preferred to be happy than to be sad. We all experience a full range of emotions, but we are limited in our expression of them and some are deemed more valuable than others. In fact, some are considered more suitable for leaders than others. There is the idea that leaders must be firm, serious, demanding, and in control. These are considered “masculine” traits, suited to and demonstrated by men. Women may have the same traits, but we are warned not to show them, lest our femininity be called into question. The choice, for women, is to be feminine or to be a leader. It must be noted that neither femininity not leadership are as one-note as gender ideology would have us believe.

During the COVID-19 pandemic, those paying attention have seen that women’s leadership has been exemplary and countries led by women have benefitted from their “femininity”. Women in leadership have given great consideration to families and communities, as we have been taught to do all our lives. In implementing restrictive measures to slow the spread of COVID-19, women leading countries thought about the issues that could affect people, from access to food to caregiving support. This understanding and foresight allowed them to prepare, meeting the needs of people because they were able to predict them.

Women’s experiences and socialisation give us tremendous insight into the needs of society even as they restrict our access to leadership. There are no feminine or masculine emotions. We experience them all. There are, however, differences in the ways we are socialised which directly affects our behaviour and the way we are perceived by others.

When Loretta Butler-Turner became Leader of the Opposition in Parliament and challenged Minnis for the leadership of the Free National Movement, she was considered too ambitious for a woman. When Glenys Hanna-Martin challenged Davis for leadership of the Progressive Liberal Party, it was said that a comment was made about her place being in the home.

When asked if gender bias is affecting women in politics, the answer should be yes. Many still believe women ought to limit themselves to frying conch fritters for steak-outs and campaigning for their husbands. Many still believe women are incapable of or ill-suited to leadership. Even among those who have learned otherwise are people who believe we, as women, should limit ourselves to supporting roles.

As political parties continue to ratify candidates, less than 30 percent are women. Given that there are more women than men in The Bahamas, there should be gender parity. That there isn’t gender parity in frontline politics is an indication of gender bias and lack of attention to quality representation. It is easy to lean on the assumption that too few women put themselves forward, but we know political parties recruit people. They need to be intentional in recruiting, training, and support women as candidates. They also need to help to create enabling environments for women to take up leadership positions which includes actively challenging gender bias, encouraging the sharing of domestic and care work, and acting on the commitment made through international mechanisms.

In a “virtual conclave” held on Monday, Director of Gender and Family Affairs Dr Jacinta Higgs said one of the Department’s five areas of focus is ensuring equal participation in frontline politics with a 50:50 gender distribution. We need to know more about this priority. What is the Department doing to see this come to fruition? How will it be applied to the upcoming general election? What commitments have been made by other government agencies and actors? We need priorities to become commitments and commitments to be backed by action.

Gender bias will not go away on its own. It requires a change in mindset and behaviour.

Spanning decades, this is more than a coming of age story. It follows Nori from the moment her mother leaves her outside the property of her grandparents with simple instructions: “Do not question. Do not fight. Do not resist.” The eight-year-old girl, reluctantly taken in by her grandparents who have proximity to royals, is hidden in the attic.

At first, it seems as though she will spend all of her days there, but things change a bit when she gains an ally. There are sparks of joy, but this is story that does not pretend it will end on a happy note.

Whether you like planning your days in great detail or getting track a few key activities, bullet journalling can be a fun way to tap into your creative side. Make monthly, weekly, or daily spread, design trackers for your water intake, exercise, and other habits, and practice new skills like hand lettering and drawing. Sometimes a store-bought planner is too restrictive, so why not create your own? If the blank pages are too much handle, you can always get inspiration from other people’s spreads using hashtags like #BuJo and #WeeklySpread.

QUEEN Latifah in The Equalizer.

Premiered on Super Bowl Sunday, television show is for fans of Queen Latifah and those who need to join them. Robyn McCall steps in to help people who have nowhere else to go. In the first episode, a young woman witnesses a murder and is framed for it. She goes to the wrong people for help, but gets lucky because McCall follows her to the trap and quickly gets her out of it. In helping the young woman, McCall decides that this is what she, with the help of her friends, is meant to do.

No law stops any woman from doing something a man can do.

Women excell in the area they choose to work hard and fight for. And if they don't make it, so what. Lots of men don't make it either.

This argument for equal outcome is simply pathetic, as is anyone who supports it.