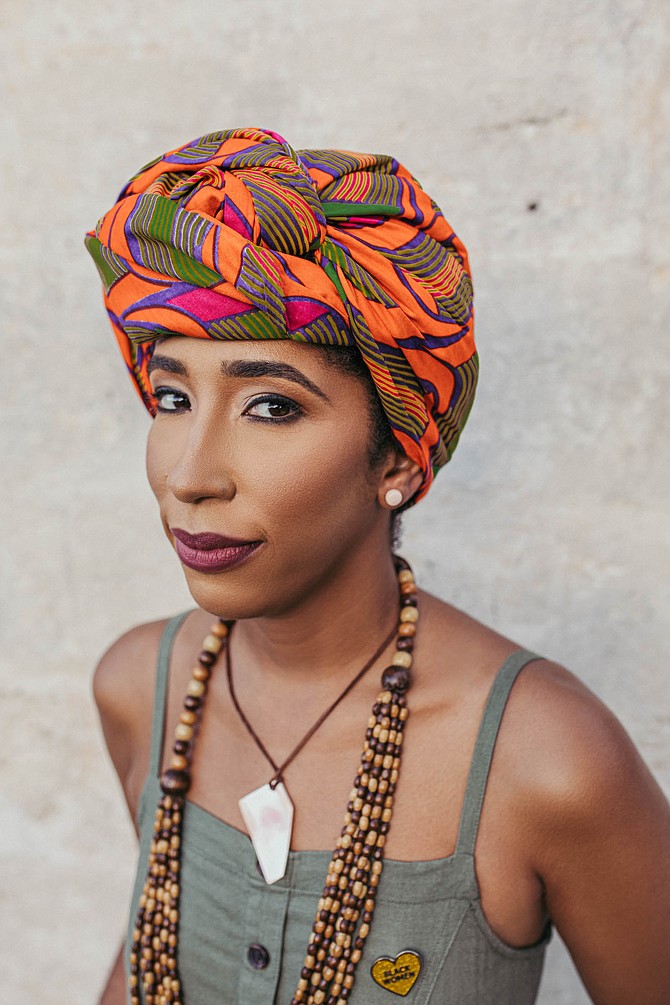 APRIL is Sexual Assault Awareness Month and, in recent weeks, there have been several reports of men attempting to assault school-age girls. There has been the usual outrage. It is horrifying to know these predators are on the loose, targeting children. If not for the vigilance and intervention of others, more children would be victims of sexual assault.

ALICIA WALLACE: Gender bias is all around us and it’s time that changed

This week, some women in frontline politics were asked whether or not gender bias exists in politics. Their responses made it clear there is not only a limited understanding of gender bias, but a reluctance to acknowledge it. Perhaps there is concern that acknowledgment would be seen as making excuses or a sign of weakness rather than what it actually is — recognising and naming an issue that pervades our lives.

ALICIA WALLACE: How can people still think it’s a woman’s job to look after the home?

This week, a family’s story was made public in a request for financial assistance.

ALICIA WALLACE: Another night to feast on the highs and lows of the Grammys

The Grammy Awards always get people talking. From who wore what and who won what to the speeches and snubs, there is more than enough material for people looking for jokes, gossip and something to criticise. This year, there were awkward moments, firsts and social distancing with masks.

ALICIA WALLACE: If we want more women in politics it needs more than lip service to make it happen

INTERNATIONAL Women’s Day was on Monday and, of course, it came with radio talk show slots, panel discussions, presentations and purple attire. It is an annual day to celebrate the progress women have made and to take action toward the changes that still need to happen.

ALICIA WALLACE: We need women in Parliament who can do real work. Rolle is not a loss – she was a liability

ALICIA WALLACE: Serena has nothing to prove even if she doesn’t lift that 24th crown

Last week, Serena Williams and Naomi Osaka met again at the Australian Open. I have always been #TeamSerena.

International Women’s Day is less than a month away and the Commission on the Status of Women at the United Nations follows closely behind. The themes for these events focus on women’s leadership.

Last week, it was reported a woman was sleeping in a car with her children, including an infant. She was asked to leave her previous apartment after being allowed to live there rent-free for several months. She expressed concern about her children’s education, noting her daughter had fallen behind over the past year. She noted there were other people in the same situation, forced on to the streets.

ALICIA WALLACE: It’s our job to protect young girls by recognising the reality facing us

The issue of sexual violence against women and girls is in the media too often for us to pretend the incidents are isolated or separate from systemic issues. We struggle to recognise and address some of those issues, such as capitalism and misogyny, while others are universal enough to receive widespread acknowledgement.

ALICIA WALLACE: ‘Some people’s paradise is other people’s plantation’

THERE are some arguments that never seem to end. We return to the same questions over and over again.

‘Don’t blame the victims, blame the men who rape them’

A WOMEN’S rights advocate wants society to stop placing the blame on young vulnerable girls being lured out of their homes and becoming victims of statutory rape and hold the men responsible accountable for their actions.

THIS week, the Commissioner of Police reported there were 11 suicides in 2020, up from eight in 2019. He said this was due to people — men, in particular — being “weak”. The suggestion is absurd, offensive and incorrect.

ALICIA WALLACE: It’s work and it doesn’t matter who is doing it

LAST week, I observed an online conversation about the suitability of migrant and Bahamian workers for domestic work. Someone was looking for a domestic worker and specifically noted they were not interested in a Bahamian employee and listed specific characteristics they did not want.

ALICIA WALLACE: The system doesn’t work and we shouldn’t just measure our children against it

THERE is a story about a family with generations of people baking turkeys in the same way. They always cut the legs off before putting it in the pan to bake. When being taught to a cook turkeys, the youngest generation asked why it is done that way. The parents said they did it that way because their parents did it that way. Unwilling to leave it at that, the youngest generation asked the grandparents why the legs are always cut off. The grandparents said they only did it that way because the pan wasn’t big enough for the whole turkey to fit.

WE’RE coming to the end of the confusing period between December 25 and January 1. During this time, a lot of people don’t seem to know what day it is or what is going on. From bed to shower to breakfast to bed to couch to lunch, time moves whether we mark it or not. It feels like the busyness of the year catches up with us during this time and we are forced to feel the listlessness and lack of motivation we have to ignore or push through when there seems to be no good reason to pause. For once, in December, some of us get to just drift.

MOST people say it doesn’t feel like Christmas week. There isn’t much holiday spirit in the air, but we are doing the best we can to feel and look festive.

ALICIA WALLACE: The right voices need to be in the room and must be speaking for everybody

LAST week, I moderated the second session in the Commonwealth Foundation’s Critical Conversation series. The event, entitled “Young Leaders Speak,” was a collaboration with the Queen’s Commonwealth Trust and Commonwealth Youth Council and brought young people together to talk about their leadership experience, activism and demands of Commonwealth institutions.

TOMORROW is the last day of the global 16 Days of Activism Against Gender-based Violence campaign coordinated by the Centre for Women’s Global Leadership. It is also International Human Rights Day.

ALICIA WALLACE: What it takes to lead and, most importantly, pass the baton on

There are positions of leadership and there are a particular set of skills, competencies and flexibility that, used appropriately make leadership successful. How often do they meet?

ALICIA WALLACE: Throwing the spotlight on a problem which just won’t go away

Today, International Day to End Violence Against Women (IDEVAW), is the first of 16 Days of Activism Against Gender-based Violence.

ALICIA WALLACE: While others play by the rules others show total disregard – we won’t forget them

I know two couples who rescheduled their weddings multiple times this year. Neither of them had planned huge ceremonies or receptions, but they had plans.

ALICIA WALLACE: What message are they sending - stay away, stay locked up, you can’t come here?

We have endured, over the past seven months, more than we could have ever imagined. The first lockdown was a shock but, for the most part, we accepted it as a necessary and temporary measure.

ALICIA WALLACE: Why do we continue to allow the Church to pull the strings on so many aspects of our lives?

We have a serious problem with the relationship between the church (used here as shorthand for a select group of religious leaders speaking on behalf of Christian churches) and the State.

ALICIA WALLACE: We need to join up thinking - and action - to tackle gender-based violence

IT IS Domestic Violence Awareness Month and, story after story, our attention is drawn to the broader issue of the gender-based violence we are failing to address.

Over the past few days, there has been heated discussion about the five people recognised as national heroes. There are people who believe one or more of those people to be undeserving of the designation and there are people who have others in mind who have done more or better. Considering the recommendations and criticism, we do not have a solid definition of a national hero.

ALICIA WALLACE: People in power need to stop paying lip service to the problem and do something about it

Since the murder of a young mother and her daughter, the issue of domestic violence has been getting more attention in the media.