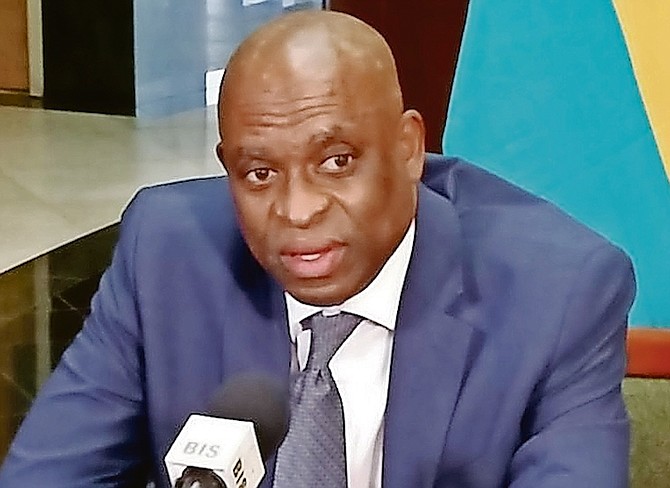 Once the feeling is in the air, the air itself becomes charged. Everything seems to move faster, adrenaline pumping, all those things that have to be done actually get done. And that could be a very good thing. It certainly is with the long-awaited Freedom of Information Act.

Though legislation was passed last year, it wasn’t until Monday of this week when Retired Justice Keith Thompson was sworn in by the Governor General as FOI Commissioner that it became real. The Commissioner has a lot of work to do to convince the waiting media that his office means business and I suspect that every reporter worth his or her keyboard has a question they are seeking an answer to, a document that needs to be made public, a record they feel must be exposed. But we are a funny culture so freedom of information, while the bedrock of any democracy, will not come easily.

Bahamians are private by nature and the culture of confidentiality that grew up around offshore banking will make it tougher to break through that veil of protection of personal rights to privacy. 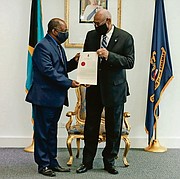 We are so accustomed to not having rights we will have to adjust to having rights. We are so accustomed to secret deals including heads of agreement that any other way will seem like a shock to the system. It will feel, at first, like a privilege to know what is going on rather than our right to know. We might even feel a twinge of guilt like a peeping tom peering into private documents.

As a member of the board of Organization for Responsible Governance, as a former director of Save The Bays, as a journalist for many years and now a columnist and sometime radio voice - as well as an advocate for volunteerism and giving back to community - I willingly step out of my usual distance from partisan politics to applaud the Minnis administration, the Attorney General and others who brought this long overdue bill and Freedom of Information office into reality.

But make no mistake.

The real work lies ahead. The media will not take no for an answer when they feel the right question is posed, one to which the public deserves a reply. If a reporter from this paper or another or an electronic news source requests an EIA for a prospective project or seeks an answer about why something is not being advanced and what the hold-up is or what was uncovered in a questionable internal investigation and they are turned around or a reply is not given in the appropriate time as to whether that request will be granted, watch out.

The ammunition is now in place to fire away at a pretence of transparency when the same old, same old persists. I hope that is not the case and I trust that after a few growing pains, the new office and the Commissioner will stand up to the task and make every elected or appointed official accountable, thus increasing the public’s confidence and trust and creating an even greater place to live, work and play.

Thank you and no thank you

To whomever ordered or conducted the clean-up of the remnants of a store without a roof and shreds of beachwear dangling from hangers strung across poles and wires at the western end of the East Bay Shopping Centre, thank you. That eyesore across from the Paradise Island bridge is gone.

Unfortunately, new eyesores have arisen. It would have been hard this week not to notice that suddenly you are in Pizza Hut’s Delivery Zone as cheesy and offensive signs popped up everywhere on lawns, verges, public areas. The law requires every sign to be approved and permitted with the only exceptions being charitable events, election-related and real estate for sale or lease pitches. And each of those categories has specific regulations. You may love what Pizza Hut dishes out, but that signage does not leave a good taste in the mouth of those who think nature does a better job of tastefully decorating our streets.

Then there is this sort of mess right on the utility pole. The historic eastern district of New Providence is rich with mature trees, including yellow elder, Royal Poinciana, and all sorts of fruit – sapodilla, mango, papaya, breadfruit, guineppe, soursop.

To all those people who think it is easier to get business by plastering illegal signs in public places, you will never get mine.

What you should get is a fine and a public lashing. Shame on you.

Another round of applause

In the search for a reason to feel good, you don’t have to look much farther than the little girl who lives down the street or the boy who rides his bike past your door.

Seven months ago, you could have bet your Sunday dinner that they were among the 46,000 students in The Bahamas who were told they needed to participate in online learning and had little idea how they would ever be able to do it. She might have tried to sign in on another family member’s laptop.

He might have ridden his bike to Grammy’s, begging to use her cell phone.

Now, thanks to a massive national effort led by a relatively small company with a big goal, and with all the muscle of the Ministry of Education, the goal of that company, LENO, and the ministry has been achieved – together, they put a tablet in the hands of every student.

We congratulate all who took this on together, believing that when the cause is right and the need is great, Bahamians place others above self.

In the midst of this crisis that turned all our worlds inside out, there is reason for optimism in the face of a small tablet that holds the promise of opportunity for all.