Steps towards a greener future 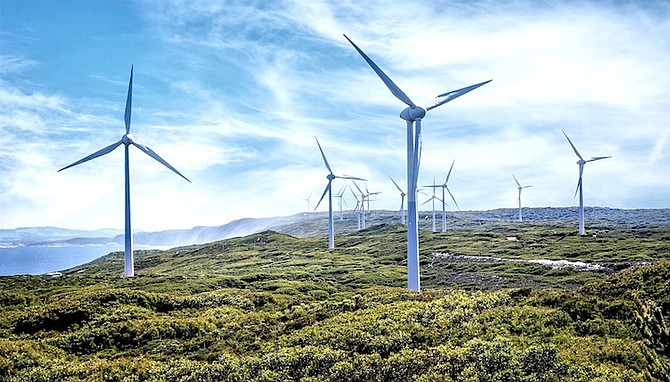 STILL unknown to most, Carbon Allowances will soon start catching headlines, gaining importance as an increasing number of countries adopt zero net carbon targets, leaving polluting businesses’ under pressure to either drastically reduce emissions or offset them through such credits, in order to avoid heavy fines or outright closing-down by authorities.

So, what are Carbon Allowances? Essentially, they are certificates that give the bearer the legal right to emit a metric ton of carbon dioxide or equivalent greenhouse gas. They are issued by states, some distributed free of charge to industries of national strategic importance, while others are available to buy at national auctions.

Carbon Allowances can also be traded on exchanges, such as ICE and CME, in the form of Futures contracts, which leaves them exposed to the speculation driven volatility that affects any other product traded in the financial markets. The higher the demand, the higher the price, with demand being determined by investors’ expectations that the asset’s future value will increase.

Currently, the trend is clearly for Carbon Allowances’ prices to rise, because of the strategies to decarbonise the economy adopted by a growing number of countries. In the European Union, for example, the price of allowances rose from the 30 euros per metric ton of CO2 recorded last December, to the current more than 50 euros, following the adoption of the goal to reduce 55 percent of emissions by 2030 and achieving neutrality in carbon emission until 2050. In this case, what raised the price of allowances was the expectation that the issuance of credits will gradually decrease, while demand will surge in view of the need to achieve such ambitious carbon neutrality targets.

This dynamic will end up benefiting the environment; something that is rarely associated with investors’ “greed”. The increase in the price of the credits will force the transition to renewable energy sources by the most polluting industries. Firms remaining reliant on licences will see their production costs rise, leading to a loss of competitiveness vis-à-vis others that have not neglected the process.

However, as net zero emission targets aren’t yet globally adopted, there is scope for unfair competition from countries that so far haven’t committed to decarbonise their economies, and whose companies, therefore, have lower production costs. This scenario could force the European Union and the US, among others, to introduce carbon taxes on such imports, in order to protect their industries and ultimately encourage the embracing of positive environmental policies.

As concerns over climate change grow and more nations aim for carbon neutrality, the need to adapt and evolve becomes a fight for survival for industries with a large carbon footprint. It is therefore encouraging to see some key players changing paradigm, including some unlikely ones, such as the oil companies BP and Shell. The two giants pledged to drastically reduce their environmental impact over the next decades, by adopting cleaner ways to extract and transport fuels, investing in renewables and contributing to the reforestation of devastated areas.