‘Please tell me how my son died’ 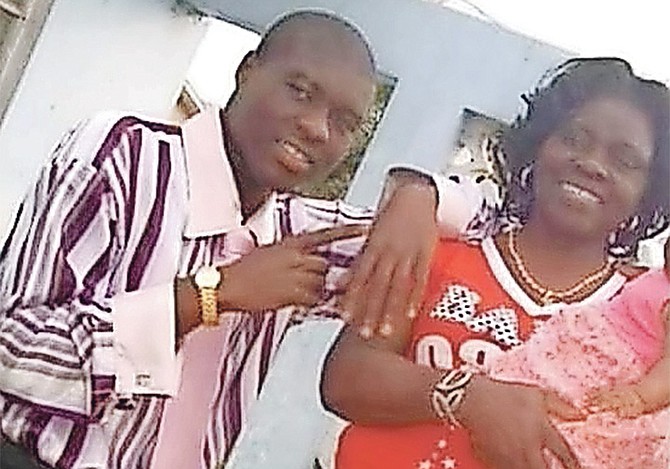 Mikhail Miller and his mother, Rose.

THE mother of the prison inmate found dead on Monday is asking officials to come forward with answers to her son’s death.

Police have not yet classified the sudden death of 29-year-old Mikhail Miller, whose body was found with apparent injuries at the Bahamas Department Correctional Services.

However, the victim’s mother, Rose Miller, said the family believes he was killed. Mrs Miller said she was informed about her son’s death by the prison chaplain, who offered little to no details about the incident.

She said informants at the prison alleged her son was beaten, however this has not been confirmed by any official report.

“I had gotten information from the prison that my son was ganged in the cell and beat... and (thrown) into this F2 cell. And I asked someone at the prison what this F2 cell and they told me it’s the quarantine cell,” she said.

In an earlier interview on Tuesday, National Security Minister Wayne Munroe told reporters that officials were awaiting an autopsy report to determine the victim’s exact cause of death.

He also said there are no plans to tighten security measures at the prison until investigations have been concluded into the incident.

“You will have an autopsy and the doctor will determine the cause of death,” Mr Munroe said yesterday. “So, for instance, you may see a body that has injury to it but you wouldn’t know if that was inflicted by somebody. The starting point will be an autopsy to determine the cause of death. The prison would do an internal investigation and the police will do an investigation because it will be a sudden death.”

“I went over to the prison today to speak to someone... like the head of the prison,” she said, “and they told me they will take my number and make an appointment to speak with the Commissioner... There was a lady who spoke with me on the phone and said ‘oh, can we have a number where we could reach you because none of the Commissioner or the assistant are on the compound right now?’

“But, I’m looking for answers and I would even like to speak to the minister to see which officer was on duty at the time of my child because they found him unresponsive in the cell and that means whoever was on duty wasn’t checking because if they were checking, and further if he was beaten and if he had bruises on him, why wasn’t the family informed? Why didn’t they take him to the doctor at the Princess Margaret Hospital?”

Mrs Miller said her son, who had “mental issues”, was imprisoned in October after she went to police to ask them for help to get her son transported to Sandilands Rehabilitation Centre for help.

“He was diagnosed by the doctors at Sandilands with schizophrenia and psychosis because he was laced and everyone knows how hard I struggled with my son. I went to the police station and I asked them to help me to get my son to Sandilands and they said that I have to give them a reason for him to go to Sandilands and so I said (a judge) had a warrant of arrest for him because he went and bothered with my neighbour and she has bound him over to the peace and he was supposed to go back to court, but never went.

“He had also taken some shoes for his brother and the judge had told him that he needs to pay the money for whatever he had stolen. Well, he did not go back to the court so the judge put a warrant out there for him so I told them to put him in front of (the judge in question) because she knows of his situation.

However, Mrs Miller stressed that she never wanted for him to go to prison contrary to social media reports and had even asked the judge in court to send him to Sandilands.

Yesterday, the mother-of-four described her son as a “well-mannered” person in spite of his challenges.

Sorry for your loss. This incident highlights the need for resources to treat those vulnerable members of our society.

One of two things need to happen. Either the prison officers should be charged with criminal negligence, or another prisoner needs to be charged with murder. Furthermore, why is a psychotic prisoner being allowed amongst the general prison population? The mother stated that her son had been “laced”. If this is true, then her son is bound to have bouts of extreme psychosis. He needed psychiatric help. The courts need to start holding branches of our national security accountable when criminals die in their custody. An investigation by the police and the prison is joke at best. There needs to be an independent investigation conducted.