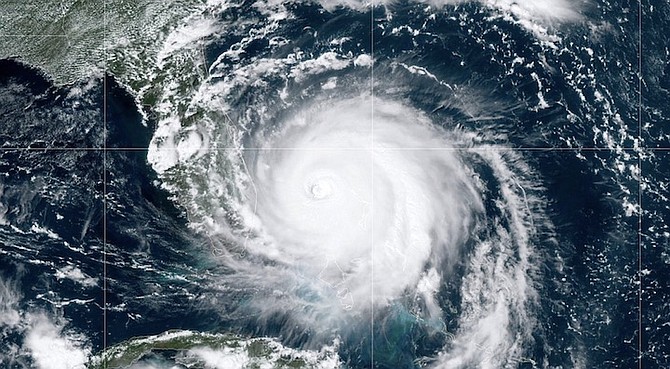 “I COME to you straight from the front line of the war on climate change. With physical and emotional difficulty I have left my bleeding nation to be with you here today.”

The latter pledges are like the annual New Year’s resolutions from those feasting throughout the Christmas season, of their intention to lose weight and sign up for the gym. The pledges never materialise but they are ritually repeated at the beginning of the year or at least until both types of Christmas spirits run out.

At the Copenhagen UN summit on climate change 12 years ago rich nations promised US$100bn to less wealthy nations by 2020, “to help them adapt to climate change and mitigate further rises in temperature.” The promises were mostly broken and were already dramatically less than what is desperately needed.

Director of the International Centre for Climate Change and Development in Dhaka, Bangladesh, Saleemul Huq noted: “By the time we get to Glasgow, if they haven’t given us another $100bn [for 2021], then they are completely unable to meet their obligations… But the $100bn is iconic in terms of the good faith of the countries that promised it.”

With a population of approximately 165 million, two-thirds of the Southeast Asian nation is less than five meters above sea level. With a 50cm rise in sea level, the country could lose approximately 11 percent of its land by 2050, affecting an estimated 15 million living in low-lying coastal areas.

Countries like The Bahamas should not wait upon promises from richer nations, which will likely amount to little. We will have to work with partners like Caricom and other small island developing states to share strategies for adaptation and resilience.

Though these nations are low emitters of carbon, they will be engulfed by the rising and warming waters caused by the habits and indifference of the global powers, including the polluters promising all manner of assistance.

If we wait for this assistance, it may arrive around the time that more of us have died or been displaced by more monster hurricanes and annual and very costly and constant flooding of homes, businesses, tourism plant and public facilities.

The existential threat to our survival has already been visited upon us with Hurricane Irma in 2017, which destroyed most of the infrastructure on Ragged Island, and two short years later, Hurricane Dorian, which devastated Abaco and Grand Bahama. These islands are still recovering and rebuilding, with many more years of work ahead.

Puerto Rico, which should enjoy the largesse of the United States of America, is still rebuilding from Hurricane Maria in 2017. An NBC News story in mid-September of this year reported: “There are reminders of the destruction, with thousands of homes, many of them still covered with blue tarps, yet to be fixed. Constant power outages remind Puerto Ricans that essential work to modernise the antiquated electric grid decimated by Maria has not yet begun.

“Deteriorating school buildings, roads, bridges and even health care facilities point to a slow reconstruction process that has not yet picked up its pace.”

Much of the commentary and some of the complaints in the aftermath of Dorian stunningly failed to take into account the magnitude of the devastation and the very limited resources available to the Government of The Bahamas, including assets such as helicopters, morgue capacity and security personnel.

If The Bahamas did not receive international aid, the disaster would have been considerably worse. No Caribbean or small island government could have addressed such a mega storm without foreign assistance. Sadly, many simplistic narratives and myths perdure about the aftermath of the storm.

Despite the many complaints, Abaco and the Abaco Cays are recovering quicker than many jurisdictions in the aftermath of hurricanes. This includes the removal of vast amounts of debris, the reinstallation of the electrical grid, and other infrastructure, mostly paid for by the Government of the Bahamas.

We are a small developing country, with few resources and capacity to respond to a Dorian-like event, which UN Secretary-General Antonio Guterres described as: “Category Hell”.

Visiting Abaco after the devastation, Guterres exclaimed: “I have to say that I have seen in my life in different capacities, earthquakes, floods, hurricanes, cyclones, I don’t remember seeing such a systematic level of devastation. Even when I came two years ago to Dominica... This kind of systematic destruction is unique.”

But what would happen if this level of systematic destruction occurs on our capital?

It is possible and likely that New Providence and Paradise Island will be struck by a Category 5 Hurricane in the lifetime of the majority of Bahamians.

Because of our location, we are extremely vulnerable to hurricanes. The quick moving easterly trade winds blow storms toward South America but they “get funneled up through the Caribbean and later further up into the Northern Atlantic.”

A number of researchers note that because of climate change, Atlantic hurricanes appear to be increasing in frequency and intensity. Hurricanes are fueled by warm waters, providing storms with more heat energy, helping them to become more powerful, more destructive, and deadlier.

Potentially weakening trade winds may result in slower moving storms, causing them to linger and to wreak more damage. We sit in the warm waters of the Gulf Stream, which is “vulnerable to thermal expansion”, and higher waters because of glacier melting, posing a double threat to The Bahamas.

Approximately 70 percent of our population lives on this same two percent of land. A catastrophic hurricane hitting New Providence and Paradise Island would plunge The Bahamas into an economic, political and social nightmare that will make Dorian seem like a prelude to our potential collapse as a nation for an extended period.

Nassau, the economic centre of the archipelago, is “no more than 10m above sea level.” The largest resorts, including Baha Mar, Atlantis and Sandals sit on the coastline, just some metres above sea level. A direct strike on New Providence could shatter government revenues.

After Dorian struck, tourism rebounded quickly on New Providence, thanks in part to the marketing and communications effort of tourism officials. But what happens if our major resorts are under water and sustain enormous damage?

Prime Minister Roosevelt Skerrit flew to the UN General Assembly meeting in New York to plead for help and to describe conditions in the Caribbean after Maria destroyed much of his homeland: “Warmer air and sea temperatures have permanently altered the climate between the tropics of Cancer and Capricorn. Heat is the fuel that takes ordinary storms – storms we could normally master in our sleep – and supercharges them into a devastating force. In the past we would prepare for one heavy storm a year.

“Now, thousands of storms form on a breeze in the mid-Atlantic and line up to pound us with maximum force and fury. Before this century no other generation had seen more than one Category 5 hurricane in their lifetime. In this century, this has happened twice... and notably it has happened in the space of just two weeks.”

In The Bahamas, there was Irma in 2017, Dorian in 2019, and previous storms, such as Joaquin. When will New Providence experience a direct and devastating blow from a Category 5 storm? Will we be anywhere near ready? How will we respond? What will be the aftermath?

Message from 936 scientists of CLINTEL (Climate Intelligence Foundation) to COP26 delegates; Hard Facts show that global warming is not catastrophic and therefore, there is no climate crisis! Stop the fear-mongering fake news messages that destroy the minds of our youth. INSPIRE OUR YOUTH WITH A POSITIVE OUTLOOK.,