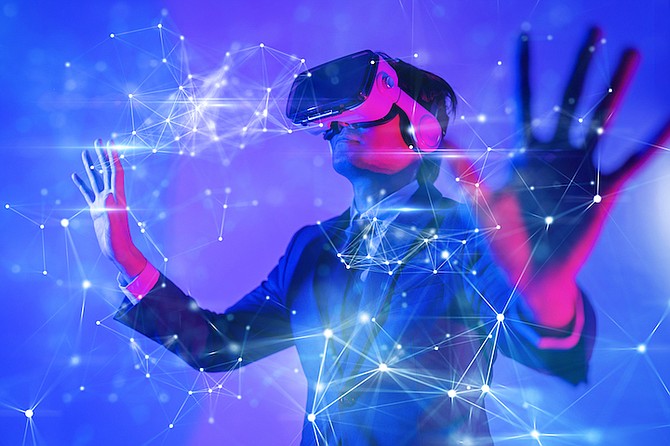 FACEBOOK recently changed its corporate name to Meta. This is a move that is more than just an attempt to deal with the brand erosion suffered over the last few years, as the controversy surrounding the social network increased due to hard targeting of users and accusations that its algorithms contribute to the polarisation of society through the dissemination of radical views and false information. The choice of name, Meta, hints at the future envisaged by Mark Zuckerberg for the company.

Meta obviously alludes to Metaverse, which is a term currently being used to describe a future version of the Internet that will incorporate virtual worlds where human avatars play, work, do business and establish meaningful relationships. Think Sims (the old virtual reality game where each player would live a second life through its avatar), but on a much larger scale and in 3D. Mark Zuckerberg who, together with pretty much every other big tech personality, has been a loud advocate for the concept, recently described it as being an Internet where users are inside rather than just looking from the outside.

The world wide web which, if you exclude a restricted group of early adopters, has been around for barely 20 years, has profoundly altered our lives. Social media, digital currencies, online shopping and dating etc have deeply changed the global economy and social dynamics. So, imagine we introduce a new dimension: A shared space where we all exist through avatars and, just like in the physical world, we own virtual property, which one can create, as well as sell and buy; all this in 3D. Flat screens will be a thing of the past, replaced by virtual or augmented reality headsets. Participants will be part of this new dimension, rather than looking at it through a bi-dimensional screen, and actually “feeling” the presence of other 3D avatars occupying the same space.

The Metaverse, also called Internet 3.0, may end up completely replacing the 2D internet of today, with users’ Avatars interacting with each other at corporate meetings, live streaming of sporting events and shopping. Just like in the late 1990s, when the Internet began to gain global traction and no one foresaw all the changes that were to reshape our world over the following two decades, it is impossible to predict what will be the full impact of this revolution. However, one scenario stands out as being very likely: Blockchain will become much more mainstream than it is today.

The need for security in online interactions between avatars in the Metaverse will be even greater than for today’s Internet. If users are going to completely immerse themselves in a virtual world, the underlying platforms must offer protection against hazards such as hacks, data breaches and impersonation. Blockchain will offer instant confirmation of any information being exchanged, as well as cryptographically securing and protecting transactions. So we can expect blockchain and crypto assets, such as currencies and NFTS (non-fungible tokens), to gain even more prominence in our daily lives as they become one of the corner stones of this new technological frontier.