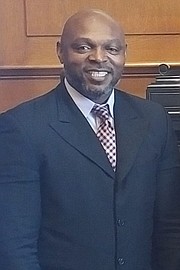 The National Sports Authority's (NSA) ex-chairman has warned "you risk your career to serve your country" when sitting on Boards at government-owned agencies.

Burton Rodgers spoke out as he disputed findings by the Auditor General's Office that he signed-off on the purchase of a vehicle for the Authority "without the approval of other Board members".

He told Tribune Business he was "directed" by Lanisha Rolle, the former minister of youth, sports and culture, to acquire a white Kia Soluto Sedan for use by the Authority's financial controller on the basis that the provision of a vehicle was included in the latter's employment contract.

Revealing that the financial controller had been hired by Mrs Rolle, who resigned in controversial circumstances in February 2021, the former chairman said he had been unaware of the vehicle commitment until she issued her directive. Subsequent checks confirmed the National Sports Authority was obligated to provide a car.

The Auditor General's Office report into the National Sports Authority, which details the events leading up to the minister's departure, warned that the "unauthorised purchase of vehicles can lead to abuse of funds". However, Mr Rodgers said the white Kia and two other automobile acquisitions were all directed by instructions received from Mrs Rolle.

"It was further noted that none of the purchases were ever mentioned in Board minutes and, during a meeting of the Board dated December 9, 2020, it was indicated that 'all works that were approved at the last meeting have to be on hold because of lack of funds'. However, we noted that the Kia Soluto Sedan and the Toyota Camry were purchased at this time."

As to the consequences of all this, the Auditor General's Office added: "The unauthorised purchase of vehicles can lead to abuse of funds that were intended for the operations of the National Sports Authority. It is recommended that the practice of unauthorised vehicle purchases cease immediately; all vehicle purchases should obtain Board members' approval."

Mr Rodgers, who asserted that the white Kia was not a 2021 model, vehemently refuted the Auditor General's Office finding that he had approved the vehicle's purchase without reference to his fellow Board members. "Never. Never. Never. B.S," he responded, when questioned by Tribune Business, adding that he immediately challenged the need to buy all three automobiles.

"The minister gave the directive; it came from her. I found out about the vehicles when I went to work and they called me for a Board meeting. I said: 'What's it for?' The minister said: 'The financial controller has in his contract that he has a car'. I said: 'If it's in his contract that's fine; I didn't know'. I saw it [the contract] afterwards. I made them bring it to me. It was there that he get the car."

Mr Rodgers said he had "a problem" with the Authority spending money to buy vehicles for managerial staff, adding that he would "never" follow such practices in the private sector, but was overriden by Mrs Rolle. "One was approved by me for the financial controller after he got that in his contract. The other two [vehicles], I said: 'Where are they coming from?" he added.

"I just don't buy cars for my employees. Never. If you are a manager, I may give you an allowance. The Government wastes too much money; it's too much money."

The ex-National Sports Authority chair, though, said the Auditor General's disputed findings over the vehicle purchases shows how government Board appointees take a major reputational risk when accepting their seats.

Mr Rodgers, meanwhile, said it was himself and the Board who called in the Auditor General's Office to conduct an audit rather than the other way around. "That's why I wanted to meet with the Auditor General," he added. "You tell me what the rules are, and we are going to follow the rules based on what you say.

"We met with the Auditor General so we could have a direct understanding of what their expectations are. We had a follow-up meeting with them, and we expressed our concerns to them as to what was happening between the ministry and the Board."

Many government corporation and agency Board appointees are often unaware prior to accepting the job just how big a task they are taking on. This newspaper can recall one well-known Bahamian businessman complaining privately to it that their chairmanship of a leading educational institution was consuming 60-70 percent of their time.

The former chairman said that Mr Fox, who won three consecutive NBA titles with the Los Angeles Lakers and is now in an acting career, "never one day collected $1" for his role. "He did it as a favour to me," Mr Rodgers said.

Appointed as chairman in August 2019, he added that the combination of Hurricane Dorian and COVID-19 had prevented the National Sports Authority from making the desired advances during his tenure.

"I took over in August. Four days after I took over, Dorian came," Mr Rodgers recalled. "Everything was cancelled, and we became a shelter. Right after we came out of the shelter, in February 2020, was when COVID hit.

"That lasted until July this year when things started to open, and when we started to go into planning on the calendar. The way sports works, you have to a plan a year in advance. You don't plan for tomorrow. I was there 18 months as chairman, and only for three months did actual work."

Attributing the decline to $97,917 to a combination of COVID-cancelled events and Dorian, the report said: "We were informed that the decrease in revenue during the year 2019 resulted from the National Sports Authority's inability to generate revenue from the use of their Sir Kendal GL Isaacs Gymnasium and rental suits of 37W and 39W due to individuals displaced by Dorian occupying the gymnasium."

Think about the legal advice attorney general Comrade Paul Adderley advised his dear and rare friend, being PA was not one easily taken friends, and yours truly that a company's board of directors is legally its arms and legs that walks it around, so be careful who you two get youselves mixed-up with and everyone else like this and that, ― Yes

Sounds like graft to me, pure and simple. That has long been the norm and the reason to "Serve The Country". Now it is just more blatant. Sickening.

I disagree. We been functioning in choas and dysfunctionso long weve firgitten what structure looks like.

Any ethical person knows exactly what to do. Follow the rules. Any person in a senior post knows what to do. Get the appropriate authorizations and support materials. If you get appointed to a board without any executive experience you should say, where's the rule book I meed to acquaint myself with these, or, thanks but no thanks Im not qualified. If youre in the job and youre asked to skirt the rules, resign. Simple. Hard but simple. Reputation not in danger.

". I was there 18 months as chairman, and only for three months did actual work."

Its a natural reaction to say my circumstances were more difficult. I'd do it too. But the truth is, in a leadership position, nobody cares. Nobody cares that your job is harder or noone ever had to do this before, you supposed to be a leader. If is too hard, move out the way and let someone who can do it.

did they pay you for the other 15 months. Nice job if you can get it.

that is why i play dumb. i send an email saying:

Can you confirm blahblahblah? I cannot remember the details. then i get an email written record of the blahblahblah.

This mess says nothing less than I have been saying about the Minnis government. . .Doc had no "balls" or "guts" to correct a problem when he sees one of his "favorites" screwing-up a ministry!! Rolle "jack-up" youth and sport and Lloyd and Taylor and their minions "broke down" the ministry of education. . .and Doc "een do nuttin" to correct their incompetent or currupt behaviours!!

Doc knew about the "foolishness" that were "gern on" in those ministries. . .HE REFUSED TO MAKE A DECISION THAT MAY CORRECT NITHER OF THOSES "SHAMBOLICS". . .OR "TIEFIN"!!

These appointees just need to do their job and don't bow to the politicians ...... Or else they are complicit in the white colour crimes.