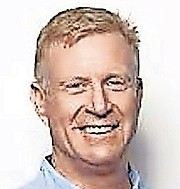 David Morley, Morley Real Estate’s president, told Tribune Business the most recent amnesty initiative had sparked comments that taxpayers would be better off financially if they stopped paying and instead waited for the next “forgiveness” programme to substantially slash the amount owed.

Describing such amnesties as “unfair and inequitable”, since they rewarded deadbeat tax dodgers and did nothing for compliant property owners, he argued that the Government should instead have increased discounts to the latter to encourage them to pay earlier if it desperately needed revenue income.

“It is unfair,” Mr Morley told this newspaper of how real property tax amnesties are structured. “My father told me to reward good behaviour and discipline bad behaviour. If you think about it, if you pay your property tax in full by March every year you get a 10 percent discount for the next period. You don’t get the benefit of that for a year.”

Such a discount pales in comparison to the incentives offered by the former Minnis administration to delinquent taxpayers to bring their accounts current. The initiative, which was accessible to only Bahamian property owners, offered one option in particular that enabled those with arrears to pay less than fellow taxpayers who always keep their accounts current.

The Government waived up to 50 percent of a taxpayer’s total arrears, including overdue taxes and accumulated surcharges, if the full remaining 50 percent balance was paid by end-September 2021. Arrears had to be outstanding for more than 180 days.

Alternatively, those who made a 25 percent “downpayment” on their arrears and entered into a payment plan for the balance will see all penalty surcharges waived if they do so by the September deadline. Again, the arrears had to be outstanding for 180 days or more.

“I’ve heard comments from people since they implemented that programme saying it almost encourages me to stop paying real property tax, and when they next offer [an amnesty] I will come in and pay it off, and be so much further ahead,” Mr Morley told Tribune Business.

Suggesting an alternative to such tax write-offs and forgiveness, Mr Morley added: “With all respect to the Government, in that pandemic period when things were shut down and they have very little money coming in, and they were trying to figure out how to collect from all avenues, if it were me I would have offered a bigger incentive to people who pay in full and one time - a 20 percent reward for good behaviour. As the politician will tell you, you cannot please all the people all of the time.”

Unveiling its fiscal performance for the three months to end-September 2021, the Government disclosed that it had “foregone” 65 percent more in taxes than it actually collected through this programme. Or, flipped the other way, it gained a sum that is 39.4 percent less than what it has written-off.

The revelations are likely to raise fresh questions about the value of so-called real property tax amnesties given that the sum foregone by the Public Treasury is significantly in excess of what has been gained. However, the converse argument is that the $37.5m yielded would never have been realised without the incentives, and thus it still represents a timely gain.

Mr Morley, though, said the amnesty could be branded “effective” given that the Government had gained $37.5m it may never have seen or otherwise waited a longer time to claim. And it had helped to boost cash flows amid the worst of COVID-19’s fiscal impact.

“If I remember correctly, the amount of real property tax owed was around $600m,” he added. “If you were to add those two amounts together, what was written-off and collected, it’s only roughly one-sixth of the amount owed.

“To answer your question: Was it effective? It was probably effective. We got some people to pay money but it would be more successful if the economy was in better shape, as people would be more inclined to pay and have the cash flow to pay that off.

“Then, at the same time, how much of the $600m allegedly owed is being disputed? You never get a straightforward answer and picture from the Government. One could assume that some of that $600m is disputed or none of that $600m could have been disputed.”

Mr Morley again pointed to the anomaly where persons challenging their purported real property tax arrears, or assessment, had to “pay the disputed amount” before they could contest it.

“Was it successful?” he repeated of the amnesty. “Yes, they collected a lot of money which would have continued to accrue as a receivable. Unfortunately a lot of people believe they don’t have to pay real property tax until such time as they sell their property and negotiate with government then. A lot of people have that mindset.”

The former Bahamas Real Estate Association (BREA) president again questioned why the Government did not use the enforcement powers provided by the Real Property Tax Act to collect due taxes, given that they have the ability to take possession of the subject property and sell it to recover the outstanding amount.

And, if there is a mortgage on the building, be it residential or commercial, the Government should also request payment of outstanding property taxes by the bank or other lender with that sum added on to the borrower’s loan, Mr Morley said.

There are signs that the Government has begun to take a harder line on this, given recent prosecutions via the court to seize buildings owed by well-known Bahamian businessmen where multi-million sums are owing.

“I was involved with a property where the owner was disputing the amount owed because of retroactive reasons going back 11 years,” Mr Morley said. “They [the Government] pursued the bank that had the mortgage on the property to put pressure on them.

“It forced my client to either pay them off or go to court. They were caught between a rock and a hard place.”

Of course they do. ITs just another idiotic thing our Governments do. Lets make sure only those who don't do what they are meant to are rewarded, whilst the others well tough. Then they will promise to get strict on all delinquent taxpayers form now on but we know they are toothless.