Diane Phillips: Desi And Di Hanging Up Their Aprons 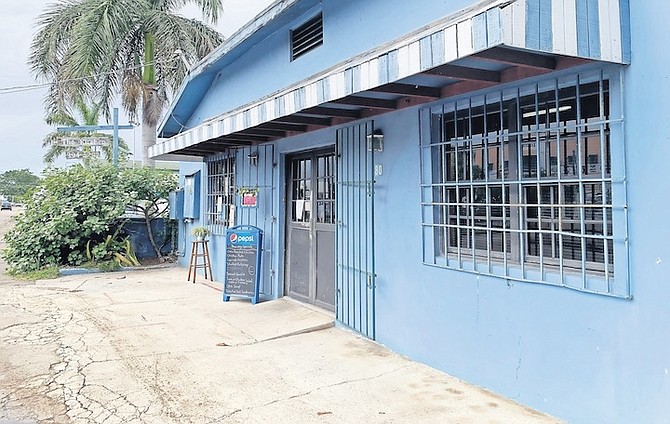 USUALLY when someone says the kitchen is closed, they mean for the day. But come November 22, when Desi and Di hang the closed sign on The Kitchen it will be for good. After more than 22 years and more chicken dishes, quiches and bowls of okra soup than they can count, the little deli on Shirley Street will become just another part of Nassau history.

For many, The Kitchen has been as much a staple in their diet as work on Monday and church on Sunday. Ol’ man Mosko (his real name was George, but everyone called him Ol’ man) had his own table at The Kitchen for years. There were only two rows of tables, three on one side, four on another. Ol’ man Mosko’s was the one farthest back in the corner near the book shelves and you could set your clock by the time he walked through the door every day Monday through Friday. Even after he passed, there was hardly a day that went by that one of his sons did not occupy the spot where they used to meet their dad daily.

The Kitchen was a simple place and that was the best thing about it. In a bespoke world, it spoke of genuine, basic home-cooking that happened to take place in a little building on Shirley Street where everybody felt like family. The women who cooked also served. They made sandwiches and the chicken salad that went inside the homemade, thick, sweet white bread. They wrote the specials on the blackboard sandwich board sign outside every day. They only made lunch but at about 50 to 60 lunches a day, it was enough to keep them busy from morning when they started prepping to the last dishes they washed before closing at 3:30.

“This was our mother’s dream and we did it for her,’’ says Di Roberts, one of the two sisters who took the little building in front of the old Shirley Street Theatre and made it a Nassau landmark.

Old school photos on the wall from the days before cell phones became cameras and folks still printed images on paper to last. Books and magazines, not that you ever had a chance to read. Food came to your table a minute after you left the counter where you placed your order.

There was nothing fancy about the little blue restaurant with the old metal awning the sisters had painted with blue and white stripes. Metal burglar bars were added, the concrete slab never did get quite repaired, you stepped over the leaves in the parking lot, but once you got inside, you felt at home. Desi and Di knew everyone by name and greeted them as they served up a plate with steaming mac and cheese, peas ‘n’ rice, stuffed pork chops or, on occasion, the minced wahoo they made after a good fishing trip. No flavoured coffees, fancy souffles or drizzles of anything. Food fresh and décor-free.

It was a recipe that earned them a 4.9 out of 5 stars on review sites and more than 2,446 Facebook likes.

“We made our mother’s dream come true and we made friends, lifelong friends. Along the way,” says Di. “Now if you want to see the Cuevas and Roberts sisters, you have to come to our mother’s other dream, Bahama Arts & Crafts, a little further west on Shirley Street.”

For regulars like Cristobal Gomez who ate at The Kitchen two to three times a week, the loss has got him downright middle of the day depressed.

“The closing of the iconic Kitchen on Shirley Street is the loss of the legacy of another Bahamian business,” he says. So what’s he going to do now?

“I gonna have to cook,” he says, shaking his head as if even he doesn’t believe the words coming out of his mouth.

Congrats to Bahama Handprints which moved screening operations on equipment created by the late Helen Astarita and her business partner more than half a century ago to new retail space in the Harbour Bay shopping plaza. The preservation of Bahamian art deserves a place to begin anew and the courage of current owners to take the giant leap marrying the tedious manufacturing process with retail is worthy of praise. But posting the huge billboard on Eastern Road is not so worthy. Please reconsider marketing strategy as those who care about the built environment can become some of your strongest supporters.

Did someone say solar?

Flying over the Berry Islands the other evening, the man seated next to me on the small aircraft pointed to a sight below. The sun was setting, making it hard to see at first and then at second glance it was hard to believe. There on Chub Cay was a huge solar installation, big as a solar farm.

Suddenly, solar, a renewable energy that we have been talking about, preaching the use of, urging the country to adopt, was real.

Congratulations to the team I now know to include Bahamians who recognized the power of sunshine and the importance of renewable energy in a country where the sun shines nearly 365 days of the year.

May other Family Islands follow the lead and may we all soon be able to do the same, absorbing the sun’s rays for power, adding to the grid, reducing the cost and the strain on BPL, improving the quality and consistency of distribution, and eventually driving the cost of installation and battery banks down until lithium supplies run short and demand outweighs supply.

It would require the collaborative writing efforts of twenty seriously concerned columnists like Comrade Sister Diane Phillips working in seclusion out of an undisclosed location over many months just to study... How the Desi's and Di's.... Become but passing footnotes in The Colony's history...and everything else like this and that, ― Yes?