FRONT PORCH: Why don’t the unvaccinated listen? More waves are coming and hundreds are going to die 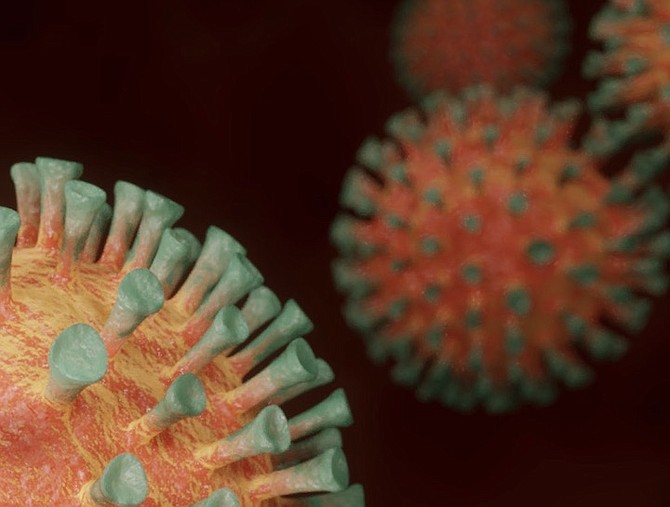 “By the end of this winter everyone in Germany will either be vaccinated, recovered or dead. … Freedom means taking responsibility, and there is a duty to society to get vaccinated.”

After the punishing Delta wave and now with much lower case numbers and deaths, there is a lulling complacency setting in yet again throughout the country about the trajectory of the COVID-19 pandemic.

There is no all-out urgency in promoting the vaccine. The vaccine rate has dropped precipitously. There is a distancing by some in the political directorate from highlighting at every opportunity the need for Bahamians to get vaccinated. Are we at risk of having to discard some vaccines?

We have a very long and painful way to go in the pandemic, with more suffering and heartbreak and long-term illness. With many restrictions now removed, including curfews, a coming season of dying is going to be punishing and debilitating.

In a new wave, there is the possibility of terrible community spread in the Family Islands, with a good number of residents dying because of a lack of intensive care units and other tools in these communities.

With approximately only 36 percent of Bahamians fully vaccinated, we are unprepared for the next major onslaught of the virus, which is going to kill and make seriously ill many more Bahamians, many of whom who are living in a state of make-believe and unreality.

A number of those who are now frolicking, happily making Christmas preparations and enjoying themselves at various events, are going to be dead sometime next year because they have not been vaccinated and are not taking precautions.

Look around the Christmas festivities and table this year. A number of those who are unvaccinated will not be there next Christmas! The virus has resulted in multiple deaths in families. There are more of these to come.

The obituaries in the dailies will continue to spill over into the broadsheets, with funeral homes and mortuaries enjoying banner profits because some refuse a free vaccine that may save their life. There is a free Christmas gift we can give ourselves and those we love: a lifesaving vaccine courtesy of the Government of The Bahamas.

Among those converted to the need for a vaccine are some who were rabid anti-vaxxers, who caught the disease, suffered terribly, and are now among the more pro-vaccine. They are fortunate because they lived to share the story of their conversion.

Despite the many deaths from the Delta variant, the terrible illness, and anxiety and fear, many have retreated into magical thinking. Many are blithely unaware there are more waves on the way, believing the worst has passed.

There will be an increase in vaccine uptake, which will only likely come after the next wave, with many frightened that they will die. Then after that wave kills many Bahamians, there will be another lull, with people going back to business as usual.

Then the next wave will come, with an increase in uptake. This cycle could go on for some time. Even in the most highly vaccinated countries in the world, new waves continue to assault the unvaccinated. This includes various countries in Europe with full vaccination rates of 60 percent and over.

Sadly, despite the quantity of vaccines we have, there is mass complacency on many levels. When shopping or going about this Christmas, remember the vast majority of others are unvaccinated and have no intention at this time to receive a vaccine.

There is a lack of discipline and seriousness in The Bahamas in the best of times. In a difficult time such as a pandemic, these mindsets exacerbate the crisis at hand. This is compounded by the reality that most Bahamians have an exceedingly limited appreciation of how the pandemic is affecting other countries.

Most Bahamians do not read newspapers or watch news broadcasts of substance. Most have no general knowledge of basic world facts and affairs. The tsunami of misinformation on social media controls the worldviews, attitudes and decisions of most Bahamians.

While there is some limited awareness by Bahamians of COVID-19 in the US, there is a pervasive general ignorance of how the pandemic is affecting many other countries.

A good friend recalls a conversation at the beginning of the pandemic with an associate.

The vast majority of Bahamians are unaware of how the disease is now ravaging much of Europe again, including warnings about the hundreds of thousands of unvaccinated Europeans who will die between now and February of next year.

According to a report in the UK Guardian, the World Health Organization (WHO) notes that: “Total deaths across Europe from COVID-19 are likely to exceed two million by March next year.” The pandemic has become the leading cause of death regionally.

“Reported deaths have risen to nearly 4,200 a day, double the number being recorded in September, the agency said, while cumulative reported deaths in the region, which includes the UK, have already surpassed 1.5 million.”

Austria is in such dire straits that the country is in a new lockdown, and will mandate that citizens are vaccinated as of February next year.

Imagine being repeatedly warned there is a Category 5 hurricane headed for The Bahamas, more powerful and dangerous than Dorian. Most people would make various preparations to avoid death or injury.

We know how to prevent illness and death. We have vaccines. Yet, there is a madness throughout the country. The likely result: hundreds more easily preventable deaths on the horizon.

With our low vaccination rate, we are going to keep experiencing wave after wave after wave, with the virus mocking our stupidity, our ignorance, our insanity and our carelessness.

The same magical and wishful thinking that has been present throughout the near two years of the pandemic continues, despite the hundreds of Bahamians and millions of people globally who are dead!

Quite a number of Bahamians who remain unvaccinated are still not moved to get vaccinated, even though many personally know family members, friends and colleagues who have gotten sick or who are dead.

As we approach Advent and Christmas, we are reminded of how the light of hope can penetrate the seemingly most impenetrable darkness. Continue to lovingly encourage others to get vaccinated.

The greatest gift one may give this Christmas is the gift of life by encouraging the unvaccinated to get vaccinated so that they may be here next Christmas and for more birthdays, anniversaries and holidays to come.

This is without doubt one of the worst articles on Covid i have read. I veer to the side of vaccines, but to spew nonsense that without the vaccine there will be huge numbers of deaths, in fact if you are not vaccinated by next year you will be dead is wrong. At the start we were told we must lockdown for two weeks and then we would be good. Two weeks came and went and we were still lockdown. Then the vaccine came and we were told if you are vaccinated you are good. Now not only do you need to be but everyone must. In addition it was you only need to be vaccinated twice and all good, now you need boosters every 6 months and even then that may not help. Admit it you have no idea and are just trying to scaremonger people into doing what you currently think is right. And if in 6 months to a year what you thought was right turns out to be wrong, you don't care, you will just move on to the next thing you think.

Never taking the bioweapon "vaccine" 💉☣ and you sound hysterical. Stop watching mainstream media maybe, that should help. Also the vaccines you took offer zero protection against the new strains, guess you'll need to inject some more experimental rushed boosters soon, cause right now you're no better off from those "vaccinations" 😊

We, the unvaccinated, would rather die than live in your sick communist world. You sound like you need a waterproof mask that you can wear in the shower.

the writer will denigrate the unvaccinated or die trying-- not far fetched, mind you , to die of covid after vaccination.

“You can't convince a believer of anything; for their belief is not based on evidence, it's based on a deep seated need to believe”

If Covid was as deadly as diabetes, cancer, AIDS, heart disease etc, most Bahamians would be dead today.

The mere fact that Covid has taken the focus off the NCDs, it has caused the mortality rate in 242 to skyrocket.

How many ppl in the Tribune Obituary pages die from Covid compared to NCDs, old age or crime?

The Govt needs to come clean on Covid and stop the hysteria about how many it will kill.