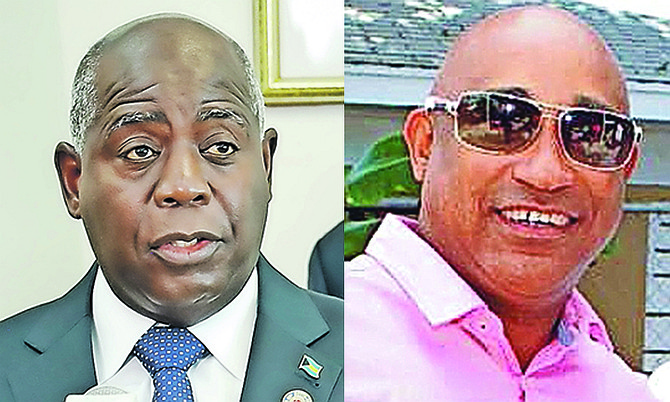 Mr Davis spoke to reporters after this newspaper revealed he wrote an August 10 letter to Judge Denise Cote, which was filed in the southern New York district court on Friday, in support of Mr Fox’s character.

It was one of many character references urging the judge to impose a light, non-custodial sentence upon Mr Fox over the role he played in a human smuggling operation more than a decade ago.

While on the sidelines of an event yesterday, Mr Davis said if he had to do it again – he would.

“Mr Fox was a client of mine,” he explained. “I’m very familiar with the matter that’s before (the court) because I had discussions myself on his behalf with the United States government prior to 2012 and he has so reordered his life and his philanthropy and what he’s been doing in helping his community, I thought it only fitting for me to say to the courts what I thought of him. Those are my views. If I have to do it again, I’ll do it.”

Asked if he had any regrets sending the letter now that he is prime minister, he replied: “No regrets.”

In the letter, written a month before the QC became prime minister, Mr Davis made it clear he was writing as a friend and his views could not be attributed to the office he then-held, leader of the opposition, or the Progressive Liberal Party (PLP).

“In view of the foregoing, and given this circumstance that has been his constant shadow of uncertainty and anxiety for an inordinate period of years, I strongly advocate termination of proceedings against Mr Adrian Fox,” Mr Davis wrote.

“Adrian is my friend - an exemplary citizen. Friends have obligations one to another to ensure the welfare of each other.

“He personally walks the beat to say to young men that they should remain on the ‘straight and narrow’ path. Today, he is the poster boy for reform.”

References for Mr Fox were also supplied by other Cabinet ministers, such as Jomo Campbell, minister of state for legal affairs, and Alfred Sears, minister of works. Former ministers Shane Gibson and Leslie Miller also vouched for him. Leslia Miller-Brice, Seabreeze MP-elect, and her husband Leander Brice who operates the Asure Win web shop chain and is the Island Luck co-founder’s nephew, also submitted character references.

Mr Fox has agreed to a plea deal with US authorities, which omits all mention of the human smuggling offences he was initially charged with and has resulted in him agreeing to plead guilty to one count of helping to operate a vessel in US waters “in a grossly negligent manner.”

He is due to be sentenced on October 15 and wants the judge to impose just a fine, probation and 100 hours of community service to be performed in The Bahamas.

Boy if that doesn't just tell you how it is right there, leopards can't change their spots. You all voted him in knowing his ways.

Can the Ethiopian change his skin? Neither you being evil do good!

But this what people voted for, foolishly expecting something better with no record to show they had done anything different from the last time.

Anyone say conflict of interest?

Why are you commenting on this? This looks ugly. Fritzgerald in the OPM and this all in the first week. Wow!

It would appear that with hefty campaign contributions also comes amnesty and get out of jail passes.

Why aren't we surprised??

"Adrian is my friend"

That's really all it is right there. We all know how this goes.

The Prime Minister has urged a US judge to end the federal authorities’ pursuit of Island Luck’s co-founder, writing: “I strongly advocate termination of proceedings against Mr Adrian Fox.”

The Prime Minister of the Bahamas trying to influence, i.e. put some muscle on a sitting US Judge??

That campaign contribution must have been larger that I thought, you can't make this s..t up.

It seems like Brave and Adrian Fox had some kind of business dealings in the past.

You wonder why the Americans congratulated the Bahamas on a successful and peaceful elections and not a word to the New PM...they already knew this information.