DIANE PHILLIPS: The Punch and the power of one 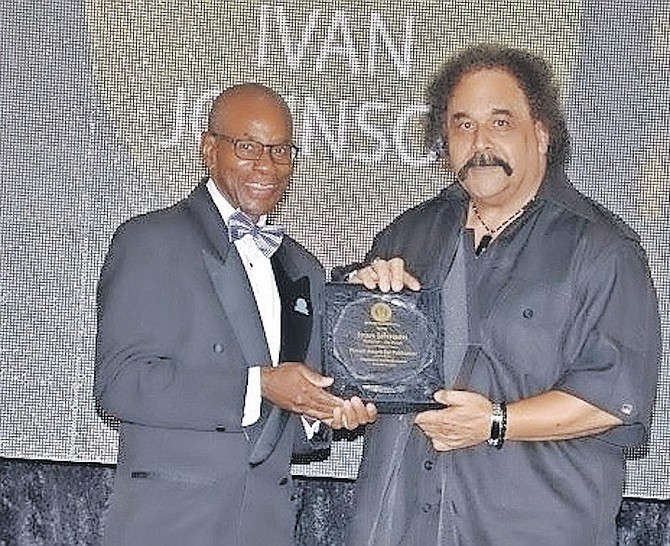 IF you read the final issue of The Punch yesterday, published three days after the death of its editor, publisher, creator and defender Ivan Johnson, you had this sinking feeling in your gut that an important chapter in the history of The Bahamas had closed. In tribute after tribute contributed by many who expressed it far better than I ever could, the message that flew from dozens of prominent keyboards across the world from The Bahamas to Australia was emotional, painful and delivered with a dose of disbelief.

Ivan Johnson, you packed a helluva punch and now you are gone, dead of a massive heart attack at age 68 and we do not want it to be true because we all felt like you belonged to us. It was hard to digest that you could have had time for another life beside uncovering the story and blasting it across Page 1 in 60-point sans serif font, bold.

Long before we got close to having a Freedom of Information Act, Page 1 of The Punch was our unofficial freedom of information. Ivan’s were the eyes behind the scenes that always seemed to know what was going on, not the official version, the real one. He was afraid of no one. The only thing he ever feared was missing a lie that needed to be revealed.

It is too bad he is not here to read the accolades.

Ivan Johnson, the man who came back home after a career working for Rupert Murdoch, one of the most powerful and influential publishers in the world, showed us the power of one. And how ironic it was that his voice fell silent on the same day that another burst through.

Only a day before, almost no one outside Silicon Valley and probably few inside the California tech hub knew the name Frances Haugen. On Sunday night, October 3, on one of the most watched shows on television, Haugen told millions tuned in to 60 Minutes that she was the whistleblower in possession of thousands of documents that showed Facebook put profits above people. Driven by its bottom line, the algorithms of Facebook and its social media platforms “harm children, stoke division and weaken our democracy,” Haugen alleged. 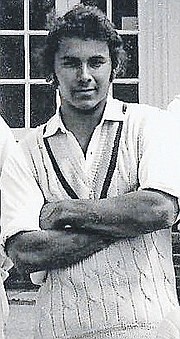 IVAN Johnson in his days as a cricketer.

Her interview on 60 Minutes hit the newswires and social media news feeds even before it ended. The following day, she repeated her accusations before a Senate hearing, urging Congress to act. Facebook creator the ever-youthful Mark Zuckerberg, one of the world’s richest men who still looks like he could live a month on a single razor blade, defended the company arguing that it listens to its viewers and users who repeatedly say they do not want to see divisive and violent content, but many analysts say this congressional hearing will be tougher than any before on the man whose fortune is pegged at $135 billion (though hearts go out to him for a single day loss of $7 billion when Facebook and its apps, including Instagram and whatsapp crashed on Monday).

Ivan Johnson, Frances Haugen. A month from now, few if any of us in The Bahamas will remember the name of the 37-year-old product manager who blew the whistle on Facebook. Years from now, we will all remember the man who founded The Punch and for nearly 31 years strived to bring us the real story of politics and life in The Bahamas.

A short note about paths that crossed

Ivan and I both worked for a while for the same publisher in a roundabout way. I, too, came to The Bahamas from a world of daily journalism followed by a fascinating career in tabloids, far more demanding than anyone who hasn’t been inside the operating room of one knows.

Broadsheets, like The Tribune have news rooms. I grew up in one and earned my reporter and editing badge amidst the dead Styrofoam coffee cups, ashtrays filled with yesterday’s butts, crackling police radio that never stopped.

Tabloids, like The Punch, the National Enquirer, Star, Midnight Sun and others take their style from Fleet Street where the style of writing is tight and the concept of get in, tell the story, get out was born and thrives to this day.

No long monologues repeating a history, today’s news delivered hot and whenever possible saucy or edgy.

Every word counts. And Ivan, you kept up that Fleet Street pace all these years, combining it with a behind the scenes look that an investigative reporter that would take to a broadsheet. You were a one-man show in a competitive world.

I just wonder how different our history would have been had you been here in the early ’80s and published The Punch then during the height of the drug-running, Norman’s Cay flying a foreign flag and forbidding Bahamians to land days. We will never know.