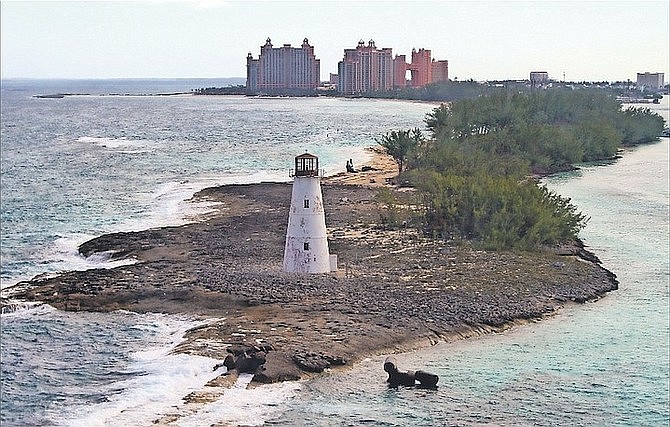 The Bahamian entrepreneur locked in a legal battle with the Government over his Crown Land lease on Paradise Island yesterday voiced optimism the new administration will come to his rescue.

Toby Smith, the Paradise Island Lighthouse and Beach Club head, told Tribune Business he is waiting for the “Government to get its feet under the desk” before he starts agitating for the newly-elected Davis administration to review a situation that also involves Royal Caribbean Cruise Lines.

Mr Smith said: “I’m giving him (Prime Minister Philip Davis) some space, but I am confident in the words he has expressed already in the past by saying that he will cancel any deal done for Royal Caribbean for any Crown Land on Paradise Island.”

Mr Davis has gone on record saying that he will “cancel” Royal Caribbean’s lease because its Royal Beach Club project would be “enormously impactful” to downtown Nassau, including Bay Street merchants and all other sectors that rely on the cruise industry for their livelihoods.

Mr Smith added: “With this new government, their mantra is believing in Bahamians, and as a Bahamian I am confident that Mr Davis and his team are going to do the right thing which is to honour my Crown Land lease.”

Royal Caribbean has steadily amassed around 13.5 acres on Paradise Island’s western end by buying out private landowners in the area, but it is also seeking to lease some ten acres of crown land in the Colonial Beach area to complete its Royal Beach Club development as part of a total $110m investment billed as creating $26m in annual local spend and 200 full-time jobs.

This has brought it into potential conflict with Mr Smith, who is seeking himself to lease two crown land parcels at Paradise Island’s western end, one of which involves two acres around the lighthouse and another three acres for the “beach break” element of his own $2m project. Two of the acres sought by Mr Smith are included in Royal Caribbean’s Crown Land lease.

Mr Smith’s court action is alleging that he was granted a valid crown land lease over both parcels, including the lighthouse and the area at Colonial Beach for his “beach break” destination, which is now legally binding. The case is based on a January 7, 2020, letter from Richard Hardy, acting director of Lands and Surveys, that was headlined “approval for crown land lease” over the two tracts he wanted.

The Government, or at least the former Minnis administration, is disputing this. While Mr Smith’s former lead attorney on the matter, Wayne Munroe QC, is now a Cabinet minister and cannot work on the case, Mr Smith added: “We’ve got an expert legal team and it wasn’t just Mr Munroe.

lol. Good for Toby. I hope he wins this one. Governments need to do more to support Bahamian businesses. Theyre the ones who stick ariund when the going gets rough. For the others, its just business

Toby have to comply with rules like the rest of us!! The PLP cannot do ANYTHING. . .the courts are involved!! Full stop. . .for toby and PLP!! Toby said that he can show valid lease holding for the land!! SO WHAT IS HIS "HOLD-UP"??? Either he is right or wrong!! END OF STORY!!

SO YOU CAN JUST CARRY YOUR GLOUTING RIGHT BACK WHERE YOU COME FROM!!

Those who choose to fight each and every obstacle of government, injustice and insurance claims which are designed around beating you down until they've knocked the wind right out of you, resources become depleted or intimated sufficiently to keep you from fighting back and everything like this and that.
Unless you has King's Counsel Freddy championing your legal challenge, it matters not whether you're an Olympic Medalists Winner, a wrongfully imprisoned, Hurricane Out Island Survivor or a Toby, — Yes?

It is just that simple, he has the lease of he does not have one!! But whatever yinna two say. . .THIS CASE IS IN COURT!! THIS GOVERNMENT NOR THE LAST ONE CAN DO ANYTHING!!