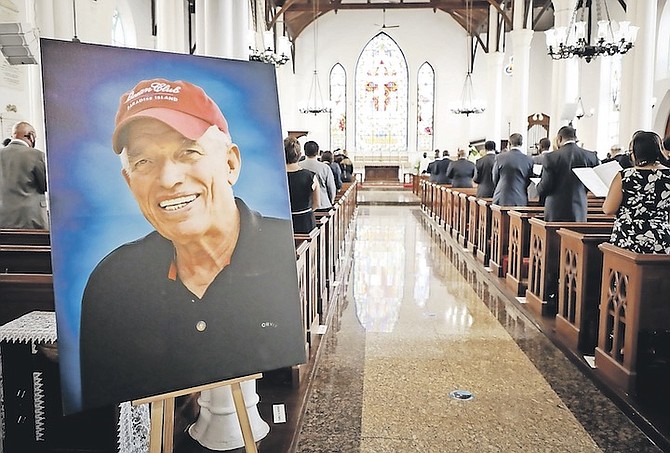 A STATE-RECOGNISED memorial service was held for John Barrie Farrington, 85, former senator and hotelier, on Saturday at Christ Church Cathedral.

Mr Farrington died on October 13 after a long battle with cancer.