FRONT PORCH: Communicating to Bahamian public in the modern age 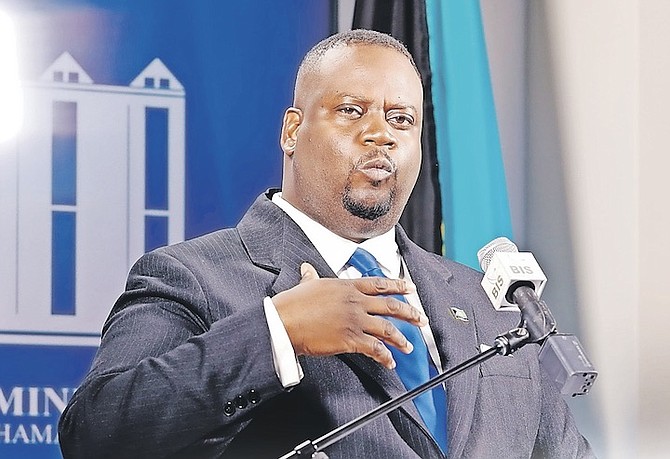 PRESS secretary Clint Watson is the public face of communications under the Davis administration. 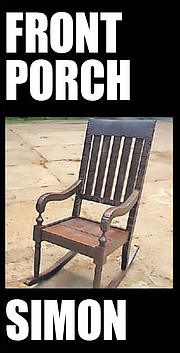 THERE is a tremendous lack of understanding of the nature and purpose of public communications by government and business entities in The Bahamas, even as the demands of social media have upended and continue to transform modern communications.

While traditional media still play an essential role, those who do not understand the nature and reach of social media, fail to grasp how the vast majority of Bahamians send and receive information, news and gossip through applications such as WhatsApp, TikTok, Facebook, Instagram and others.

Donald Trump became president of the United States in large measure because of the use of social media by his campaign and the manipulation of this media to fuel anger and racial resentment.

He made extraordinarily effective use of social media to dominate news cycles, to best and bash his opponents, and to communicate with his supporters around the clock, supplying them with fake news that poisoned the political debate and atmosphere with toxic memes.

His ban from various social media platform was a big blow, stymieing his communications in his post-presidency.

He is desperately looking for new social media platforms to regain his ability to leverage his outreach. A showman most of his life, Trump understands social media and the unquenchable desire for outrage, for anger and for bile, better than most.

In the past, successive Bahamas governments were slow to add new communications structures and personnel, relying instead mostly on traditional media. The former Hubert Minnis Administration launched a new and highly professional communications infrastructure in the Office of the Prime Minister. The Philip Davis Administration is adopting much of this infrastructure.

Bahamas Information Services is a creaking dinosaur which cannot be reformed. It should be dismantled, with new legislation for a modern government information service. A number of countries in the Caribbean, including Jamaica and Barbados, have such services, which put a moribund BIS to shame.

In the context of this commentary, public communications is about how institutions such as government, businesses, churches and the non-profit or social sector and others communicate with a network of public audiences or groups.

Mass media communications concern those who are in the news business and in the print, broadcast and social media field, though the lines between news and propaganda continue to blur in the age of social media powered by often complex algorithms and artificial intelligence.

Government and political communications may be considered a subset of public communications, though they are unique in definitive ways.

Public and government communications are mostly art, though there are technical or scientific aspects which help to make for more effective communication.

For a retailer, his inventory may be clothes or food or some other tangible good. For a communications practitioner, her inventory is mostly words and images.

Some years ago, the head of a Bahamian company with revenues in the tens of millions noted that his firm did not have a full-time communications director or officer on staff.

The company relied on one of the executives doing the communications work part-time, as well as an external firm. The company failed to understand that today a well-staffed communications operation is essential, especially for a business or operation of a certain size.

Businesses of a certain size regularly utilise law, accounting and other firms for essential services. Today, communications is an essential service to help brand a company and to reach various stakeholders.

Communications is often seen by many businesses or organisations as an adjunct or add-on to an operation. This is a major lacuna and oversight, again, especially in the social media age.

The time when a communications operation or political party had only to deal with a few newspapers and media houses is long past. The absence of a well-oiled social media machinery may be the difference between success and failure in public communications.

When a crisis strikes, the absence of a social media strategy often exacerbates it, limiting the capacity of an organization to communicate its messages instantaneously and around the clock.

Though still influential, newspapers rank at the bottom as a source of news and information for most Bahamians. Newspapers remain a primary source for the more affluent and individuals over 55.

Though some politicians and some others remain fixated on the daily headlines in the print media, the vast majority of Bahamians are more attuned to talk radio and social media.

Those who do not understand the power of social media are politically doomed. Old media like billboards are mostly yesterday’s news. A dear friend, who is constantly on social media, noted that she knew nothing about when the proposed ban on single-use plastics was about to come into effect.

Never mind that a billboard advertising the ban, which she drives past five days a week, sat yards from her office. Advertising the upcoming ban for many months. She does not watch the local broadcast media, though she is a higher information voter than many Bahamians.

Like politics, communications is such a natural part of human and daily life, many assume that they are good at one or both and that neither really requires certain gifts or abilities or experience.

Like a good politician, a capable communications practitioner requires a complex of skills and gifts. These include an appreciation of psychology, sociology and history.

Social media giants like Facebook and public relations and marketing firms typically hire individuals with experience or education in the behavioral sciences such as anthropology, social psychology and sociology.

Such companies also hire experts in areas such as neuroscience and sociobiology in order to better understand how humans think and operate.

Some hire individuals with degrees in literature, folklore and film and other forms of storytelling. One of the best communicators this columnist knows, studied biological anthropology.

Effective communications and messaging is hard and complex work. The great mistake made by many who hire individuals for communications work in The Bahamas is the mistaken belief that a journalist or a reporter is by default a communications expert because they have worked in the mass media.

There are former journalists who excel in public and government communications. But there is quite a number who have failed because they lack a general capacity and the writing skills and strategic thinking required for such work.

Moreover, expertise in social media requires a variety of skill sets that a reporter or writer may not possess. The digital media space, including graphic arts, informatics and other areas, all require certain gifts and expertise.

The best communications experts are strategists and storytellers, who can create clear, compelling and simple narratives and messages that move publics and audiences. These messages may be in words or images or both.

Because an individual hosted a talk radio show or a television programme or had a certain on-air presence does not automatically translate into the ability to work effectively or successfully as a communications official.

Devising communications and information strategies along with content for various platforms is complex work requiring creativity, innovation and capacity for growth.

The various professions and areas of expertise in the public and government communications fields require the same quality of gifts, imagination, creativity and experience as other fields of endeavour.