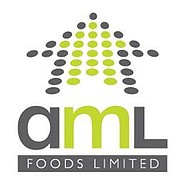 AML Foods is targeting an improvement in inventory shrinkage during its current 2022 financial year after failing to achieve the anticipated reduction during the 12 months to end-April 2021.

The BISX-listed food retail and franchise group, in its 2021 annual report, revealed that shrinkage for that year was equivalent to almost 4 percent of its $174.898m annual sales - placing this at around $6.821m.

Shrinkage refers to product that is lost to internal theft, or goes off, before it reaches consumers, and the Solomon’s, Cost Right and Domino’s Pizza operator revealed that “over-ordering” of perishable goods was partially responsible for the failure to hit reduction targets.

“Shrink performance for the year did not improve as expected and was 3.9 percent of sales,” AML Foods told shareholders. “Several factors impacted our shrink levels including over ordering in our perishables department.

“Management has implemented several tools to better align purchases with forecasted and historical sales data. We have continued our focus on this area, and expect to see an improvement in shrink in the upcoming year.”

However, AML Foods said its Domino’s Pizza division was impacted more heavily than the rest of its business by COVID-19 lockdowns and other restrictions. “Our franchise division sales struggled during the year amidst the various lockdowns and reduced operating hours as imposed by the Government throughout the year,” it added.

“For the majority of the year, our Domino’s locations operated on reduced hours and there were periods of extended closures, particularly during the month of August 2020 when the operations were closed for the entire month. This had a significant impact on our franchise division’s performance, and sales decreased by $1.3m or 15 percent for the year ended April 30, 2021.”

AML Foods added that it also managed to reduce its annual utilities spend by $0.9m for the year to end-April 2021, aided by a 9 percent reduction in energy usage. Looking ahead, and beyond its Exuma Markets purchase and securing a new store site in Freeport, the group said it was looking at another eastern New Providence location and was “exploring opportunities for additional sites”.

“While the Government has provided various support for individuals including stimulus packages, we expect that the short to medium-term outlook will impact customer spend especially within our value brands,” AML Foods said of the COVID-19 fall-out.

“It is more important now than ever that the company looks for ways to provide better value to our customers during this time of downturn within our economy. We continue to believe in driving the best possible value in our product offerings, building supplier relationships and looking for ways to protect our supply chain from any foreign currency risks that may arise.”

Looking for ways to protect the products supply chain from any foreign currency risks that may arise cannot be avoided altogether, but only after when well-thought-through it can be mitigated considerably through the use of still much risky supply hedging techniques.
Being overstocked with overpriced/out customer favor long-term supply goods is more of a business "Widow Maker," than left saddled with a more adjustable short-term understock supply.
$6.8m in shrinkages is the close encroaching cousin of Comrade Sister "Widow Maker" — It can take upwards $21m to even attempt to recover $6.8m in shrinkages — and that doesn't even begin to cover the 1000's unproductive management hours involved in chasing after the **$6.8m. — Yes?

Shrinkage? Brand new remodeled store but you still have out of date products on the shelves! Incompetent upper management if they're bleeding those numbers in shrinkage.

@ComradeOracle, it just might prove to be less taxing on both management and the losses side ledger —If easily noticeable signs with bold lettering are posted throughout AML's business premises — that read: Management Encourages the No Waste Peaceful Shrinkages by Customer & Worker! — Please proceed to the Customer Service if you require further assistance or clarification! — Yes?