Insight: A Few Gestures And Prayers Won’T Cut It For Dorian’S Forgotten Families 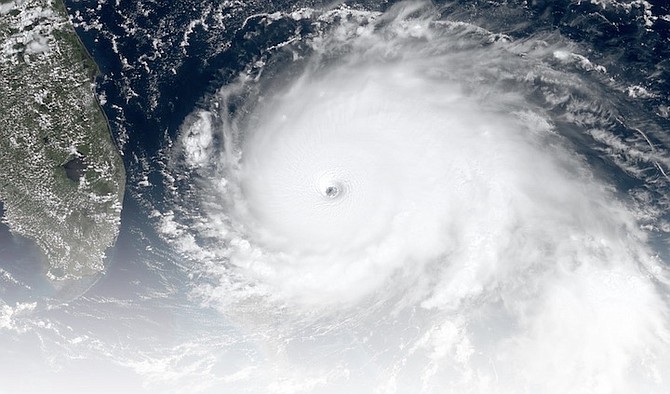 LAST week marked the anniversary of the landfall of Hurricane Dorian –- the strongest storm to ever hit The Bahamas. In the days leading up to that anniversary date of September 1, I waited to see if the government would take a break from campaign activity to memorialise those who were snatched away, leaving behind broken hearts and unspeakable trauma.

Certainly, the road to putting their lives back together has been a lonely one – accompanied only by those who also survived the horror, but each facing their own uphill climb. Met with the task of continuing life without friends and relatives lost during the 2019 storm, it must be sad to see how so many Bahamians farther south have moved on.

Perhaps nothing has been more disappointing than in the capital city where in recent weeks political battle lines have been drawn. It is embarrassing to hear various candidates on the attack, particularly those who are incumbents, as the issue of Hurricane Dorian has been underwhelmingly managed.

As survivors of the Category 5 hurricane remain in limbo, the law that prevents missing loved ones from being declared deceased until after seven years has passed has been a huge barrier for those trying to gain closure.

FNMS and PLPs laying wreaths to honour those lost in Hurricane Dorian.

Despite considerations supposedly being given months after the storm to review the law to shorten the time to obtain death certificates, nothing concrete ever materialised. Thus, the wait continues with some still committed despite the challenges, while others have become disheartened.

Moreover, as various media platforms interviewed survivors still stuck in a nightmare, unable to move on with their lives, it would not seem the government has kept this as a high a priority as they should have.

Indeed, they have forgotten.

Surely, one can argue the pandemic has stolen the spotlight, but governments are expected to walk and chew gum at the same time. Jarringly, rally season still has the same enthusiasm, as if thousands of Bahamians are not currently infected with COVID-19 and more than 400 have died. They do not seem to remember the horror of the videos and WhatsApp voice notes shared from Abaco and Grand Bahama as so many fearfully clung to hope and still ended up losing their lives.

On the anniversary of the catastrophic storm, both major political parties paid tribute by the laying of wreaths at monuments, tossing white roses into the water, holding hands in prayer and other ceremonial displays that will not amount to anything the families truly need. Albeit nice gestures, two years after many of their lives were torn apart, gesturing ought not be the focal point. Empathy and understanding of the plight that still exists for our brothers and sisters falls grossly short of the mark.

Speaking from a ceremony by the Abaco Christian Council where Foreign Affairs Minister and Member of Parliament for North Abaco Darren Henfield and the Minister of State for Disaster Preparedness Pakesia Parker-Edgecombe represented the government, commitments of the long-term reconstruction efforts of Abaco and Grand Bahama were reiterated.

Ministers Henfield and Parker-Edgecombe, speaking on behalf of the government, both stated there will be increased effort to help rebuild the lives of survivors.

However, this begins with a provision in the law that allows victims and survivors of Dorian to be accommodated under these circumstances. Yet, we’ve heard nothing from the Attorney General, and the Prime Minister was busy dismembering the leadership character of Opposition Leader Philip Brave Davis from a rally stage – something the governing Free National Movement has received sharp criticism over.

Many questions still hover over Hurricane Dorian, as closure and reconstruction efforts move at a snail’s pace.

Speaking to progress on the rebuild, Disaster Reconstruction Authority chairman John-Michael Clarke spoke with the media regarding progress on the devastated islands of Abaco, and to a lesser degree, Grand Bahama.

He said: “There are two ways to look at this, if you are driving in a car and the car can only go five miles per hour, you’re driving at a slow rate, but because you are in the car, you are making progress. If you’re waiting on that person who’s driving the car to bring something that you need urgently, they will be driving too slowly for you.

“So on one hand it is quite possible for you to be making progress, but at the same time that progress, unfortunately, may not be at the rate that is required to let the end users feel satisfied about it. It is not unique to this disaster

“Reconstruction has not been done in earnest as yet. It isn’t a case where you say, ‘Well it’s been two years and reconstruction is at this point.’ Reconstruction can take us as long as we as a country are able to commit the time and resources in building back a more resilient Grand Bahama and Abaco,” said Clarke.

It has been two years since Hurricane Dorian – and if we compare the progress so far with that on Ragged Island which was devastated by Hurricane Irma two years prior and tapped to be the country’s first green city, there is little to instill confidence. Rather, it’s quite ominous.

Moreover, the inability to put campaigning aside to adequately commemorate the date our country experienced the worst natural disaster ever recorded was downright irreverent.

As no other administration has ever had to face a two-headed monster of Hurricane Dorian and COVID-19, it is impossible to compare them contextually against anything else. Nonetheless, we as human beings understand the difference between success and failure. And while it may not be black or white, we certainly can say the handling of the aftermath of Hurricane Dorian has not been a success.

Ms Parker-Edgecombe has on multiple occasions accepted there are inefficiencies with the recovery, but also continues to state the aggressive nature to which they are working to assist families. We hope she is being truthful and this is not mere lip service. Likewise, it would have been helpful to the Free National Movement’s cause prior to asking for a new mandate to address the challenges that were easier to fix pertaining to Hurricane Dorian.

Nevertheless, on September 16, the Bahamian people will have the opportunity to voice their opinions on who should govern this country. Hurricane Dorian and disaster management, along with COVID-19, transparency, corruption and crime will all surely play a significant role in our choices.