DIANE PHILLIPS: Why do so few Bahamian families stay in politics? 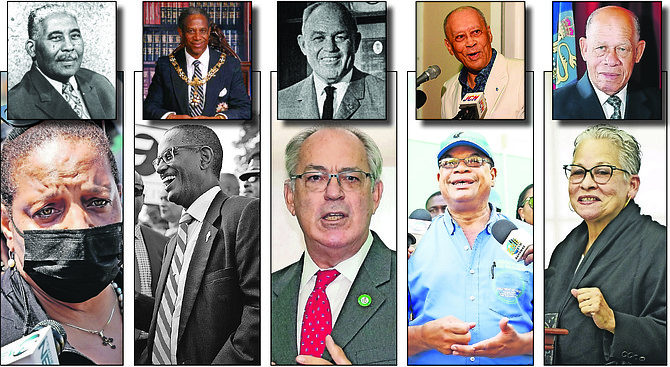 “Do you know how much it cost me to give up private practice and do this?” he answered, treating the word ‘this’ with such disdain it left a taste like rotten tomatoes.

Never having been a politician, head of a sports organisation or an attorney, I answered no, no idea what it cost. I thought politicians made money given the headlines we read.

Anyway, days after that conversation, the man did as he predicted he would. He vanished from the public eye, presumably returned to a more lucrative private life, and several years later, died and was buried with little fanfare. But I always remembered what he said because it turned what we all think on its ear – don’t politicians get richer, not poorer? Doesn’t holding public office lead to better offers after you leave office?

OK, the last question was a bit snarly (though it feels true enough). But if you dive deep enough into the man who chose anonymity over headlines, it is at minimum a partial explanation for why, in The Bahamas, we can only point to a handful of families with more than one person who has held office. The recent state funeral for AD Hanna was a stark reminder of the rarity of political legacy passed from one generation to the next.

The even more recent attention to the wealth among candidates re-awakened interest. The ups and downs of financial worth can also be misleading. Sure, increase in wealth of someone holding office could be linked to the obvious, though it could also be connected to success in business. For everyone out there thinking whoever is penning these words is a Pollyanna, it happens. That is not to say that some may not have not benefitted from contracts, but hinting that everyone gained as a direct result of MP-ism is unjust.

In fact, wealth may be among the least important of causes in politics as to why the dearth of desire to carry on the legacy created by a family forebear. In a small society where everyone knows everyone or everyone knows someone who knows everyone, what would it take to find leaders who want to serve knowing they will be held hostage to public scrutiny and microscopic negative social media blasting? Is that why so few Bahamian families pass the will to serve in a public office from generation to generation?

Law firms are packed with fathers and sons or daughters who follow in their footsteps. One prominent family has produced four offspring in the medical field. Retail and wholesale are generational jobs in waiting for those who want to pick up the hours and hard work.

But not leadership in politics.

Depending on the outcome of the September 16 election, there may be only one individual carrying on the family tradition until appointments are made. If the PLP wins and Glenys Hanna Martin holds on to her seat, she would be the only descendant of recent political history to do so. If the FNM succeeds and continues to be the majority party, and Dion and Michael Foulkes hold on as senator and MP respectively, and Carl Bethel is again appointed Senator, there could be three individuals with a direct family history to the leaders who shaped this nation.

You can name the families whose offspring picked up the baton passed by their ancestors - Sir Milo Butler to Loretta Butler-Turner, Sir Roland Symonette to RH ‘Bobby’ Symonette and to Brent Symonette, Sir Orville Turnquest to Tommy Turnquest, Sir Arthur Foulkes to Dion (Senator) and to Michael Foulkes, MP and AD Hanna to Glenys Hanna Martin.

It is hard to overlook the reality that each of those who has carried on the family banner in leadership was the son or daughter (or granddaughter in the case of Loretta Butler-Turner) of someone who was knighted and while Glenys Hanna Martin was an outlier, remember her late father was offered a knighthood and declined. Is there something to that status that breeds a greater sense of responsibility to serve, to lead, to carry on the family’s position and place in history? Does The Bahamas, in fact, have a small but powerful reserve of noblesse oblige?

There are thousands of last names in The Bahamas and only five whose sons or daughters have followed in the footprint of history, sought, won and held political office. Compare that to other countries, even to the state of Florida where it seems they only have to change the first initial on many signs identifying mayoral, congressional and senatorial seats.

So why is political office not more attractive to leading families of The Bahamas?

Is there too little reward, not just financially which we already know, but intrinsically? Is there too much to lose and too little to gain? Is it because the job has a recent history of being so temporary with no guarantee the contract will be renewed and no advance information about when that contract date may be up?

Somehow, there is a sadness about a nation with so much potential and so few with a history of courage willing to take a chance at leading, guiding and maybe even shaping its destiny.

Why is this woman encouraging nepotism ....... given all of the other "isms" that exist in our country that cause undue stress and cost to the masses ......... Let new blood reign every decade.

Should be of important note — the only two whose political DNA, are not connected to the Progressive Liberal Party (PLP) — is Pop Symonette, and son Brent. — And, the only one pictured, not to have later in their political careers — managed to escape becoming — UBPnized, — was Milo Sr. Yes?