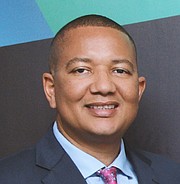 DESPITE several successful derelict building demolitions and removal of 3,000 derelict vehicles in Freeport, a top GBPA executive has indicated that “current outdated city bye-laws” are hampering their efforts to rid the city of the many old abandoned buildings and vehicles in the Freeport area.

Grand Bahama Port Authority President Ian Rolle said this has left the entity “toothless” in trying to swiftly resolve the vexing issue with which they are faced.

“We look forward to working with the current administration to address the proposed new bye-laws and the amendments to address derelict structures and other vexing issues that exist,” he said in a letter in response to concerns raised by businessman Darren Cooper and a group of businesspeople and residents.

Mr Rolle explained that with the bye-law amendments in place, GBPA will be empowered to more effectively and efficiently address the remainder of derelict buildings at the International Bazaar and other dilapidated structures within the city.

In a letter delivered on March 3 to Mr Rolle, the group raised concerns about several issues in Freeport, including the derelict buildings and vehicles. They also claim the complete abandonment of the International Bazaar has resulted in harbouring of vagrants and vandals that have contributed to the destruction of the entire property along with other businesses in the area. Regarding derelict buildings throughout the city, they wanted to know where the GBPA had reached concerning the approval of the new bye-laws needed to move forward with the demolition of those derelict buildings.

Mr Cooper also complained of continued neglect of derelict vehicles throughout the city. He asked when can residents expect the GBPA to commence the collection and removal of those vehicles that are bringing down the value of residential properties.

“The GBPA itself has never owned any part of the International Bazaar, but historically agreed to subsidise the Bazaar for many years when owners were no longer maintaining its communal areas. GBPA’s subsidy amounted to some $1.5m in total, but ultimately the owners were not able to sustain its overall operations,” he said.

He said GBPA has directly demolished the fire damaged Straw Market buildings and police station at their cost. After the recent fires, he indicated that efforts were further accelerated to require the relevant owners to demolish the fire and water damaged buildings.

Mr Rolle reported that during the month of February 2022, the first set of fire damaged buildings in the Oriental Section of the International Bazaar were successfully demolished by the owner. He said the remainder of the buildings still need to be addressed. He said GBPA will continue their efforts in this regard.

“The GBPA is also painfully aware of the need to demolish the derelict structures around the City of Freeport. Recognising the legal inabilities at present to cause the expedient demolition of structures, the organisation set out several years ago to amend the building and sanitary bye-laws, which would enable the GBPA to execute demolitions in a timely manner and recoup the cost for doing so,” he said.

The GBPA president stated that over the past five years, they have been responsible for the demolition of over 30 dilapidated buildings throughout the city through its demolition programme.

At their own cost, Mr Rolle said GBPA has performed various successful demolitions, including the Silver Sands Hotel, Professional Plaza, and most recently the Rolle’s Furniture building. He stressed that they are eager to work with the owners to perform more demolitions, or to require that the necessary repairs of the dilapidated structures are executed.

Additionally, he noted that GBPA has also written to numerous property owners over the years of the need to repair or demolish their dilapidated structures. Mr Rolle said that there is consideration of the fact that there are often financial constraints preventing the property owners from doing so.

Following Hurricane Dorian, Mr Rolle said GBPA recognised the magnitude of the derelict car situation in which some 40,000 vehicles were destroyed. As a result, he stated that GBPA made available approximately 10 acres of land to collect, process and prepare derelict vehicles for export.

He said GBPA is working with two licensees to properly execute the processing and export of derelict vehicles from the island of Grand Bahama, using the “cradle to grave” approach.

“Thus far over 3,000 vehicles have been removed from various locations and processed and some exported. It is still a mammoth task ahead to completely rid the island of such issues, but we will continue to work with all relevant stakeholders, until the mission is successfully accomplished. Again, the current outdated city bye-laws do not help us in this regard and render the GBPA largely toothless when trying to solve these major issues in a timely manner,” he stated.

They need to bring in a recycling company that will shred the vehicles, that is how its need to be done. You can get rid of vehicles quickly and efficiently!

The colony's true government would be truly loyal to our sovereign to proceed forthwith with a three-year ban on Home Purchases by foreigners... and with no exemptions regardless as to the working or residing status as individuals in Freeport, Nassau or any other We Out Islands, ― Yes?

Home Purchases by foreigners is the issue ?

TalRussell you're suggestion of banning foreignersfrom buying homes and property in the Bahamas will be economic suicide and will further turn away investors from ever wanting to do business in this country.