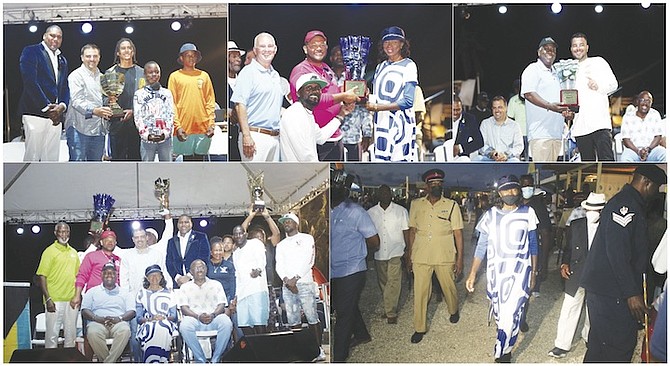 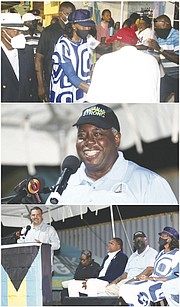 The National Family Island Regatta resumed April 21-23, 2022 after a long sailing break due to the COVID-19 pandemic.

‘Mother’ Pratt, as she is affectionately called, presented the Governor General’s Cup to ‘Patton Pride’, skippered by Mr Stefan Knowles.

Minister Sweeting, along with Leonardo Lightbourne, the parliamentary secretary, presented the crew of ‘One Bahamas’ (Class E) with the Ministry of Agriculture, Marine Resources & Family Island Affairs Cup.