Children tell of beatings at hostel 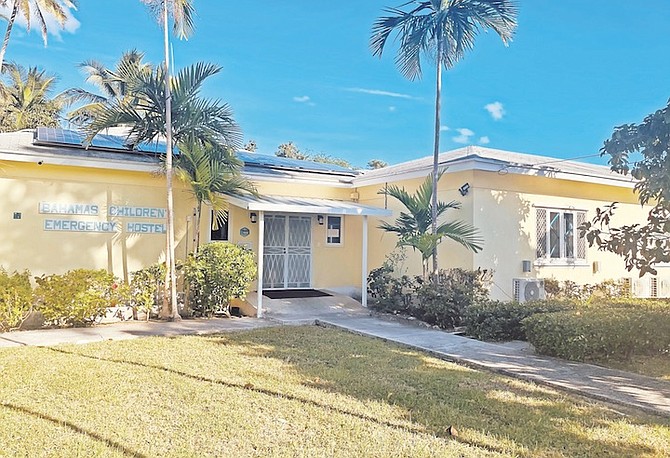 TWO children testified about alleged beatings they endured at the Children’s Emergency Hostel during the trial of six women accused of child cruelty at the care home.

However, three other child witnesses who were set to testify in the trial were unable to give evidence yesterday after being considered incompetent by the magistrate.

The former staff members are accused of unlawfully physically abusing nine boys and two girls in a way that caused them unnecessary suffering on September 22, 2020.

Seymour is further accused of failing to report the abuse of the minors — who range from ages seven to 11 — to the appropriate officials on the day in question.

The women were charged last year after police launched an investigation at the home following a surveillance video that went viral on social media, showing several children being beaten at a facility.

Two boys, aged nine and 11, were able to successfully recount the alleged incident.

After taking the witness stand, an 11-year-old child recounted how he was beaten at a local care home after being told to remain silent by caretakers there.

The fourth-grade student said he was inside the sick bay at the home when a worker approached, telling him and other children in the area to remain silent. However, he admitted that some did not listen to the workers.

The child claimed that the worker then called another employee to discipline the children.

The child said shortly afterwards, the workers carried them to the home’s dining room, where they were tolf to stand in a line.

“We started getting ‘wapped,’” the boy said, testifying it was his second time being hit at the home.

Asked which item was used by the workers, the boy said it was brown and looked like a ruler, referring to it as a tamarind switch.

The child also recalled his hand feeling sore after the incident but claimed he didn’t feel that much pain.

“It caused a little pain,” he told the court.

The boy also went on to state the names of children who were present in the room as well as some of the workers.

Some of those children, he added, were hit with a tamarind switch, while others were beaten with a belt.

During cross examination, one of the defence attorneys questioned whether any of the children were misbehaving on the day in question.

To which, the child replied: “Some.”

Meanwhile, the nine-year-old witness told the court how he remembered being beaten on his buttocks and sent to bed afterwards.

However, the child said he couldn’t remember which workers were present during the incident.

At yesterday’s trial, five boys were called to give testimony against the women.

However, three were unable to after being deemed incompetent to give evidence by the magistrate following objections being made by the defence attorneys.

The ruling was made when a child witness was unable to say why they were called to testify.

“I think what we are doing today is cruel and causing these children unnecessary suffering,” a defence attorney said after one of the witnesses claimed he didn’t know why was in court. “I personally don’t believe he could be a competent witness…it has to be intimidating because he sees the people as his parents and to identify them as people who treat him cruelly—I don’t see how the court could expect him to do that.”

The case continues today at 11am.