DIANE PHILLIPS: What it takes to breathe new life into historic Nassau 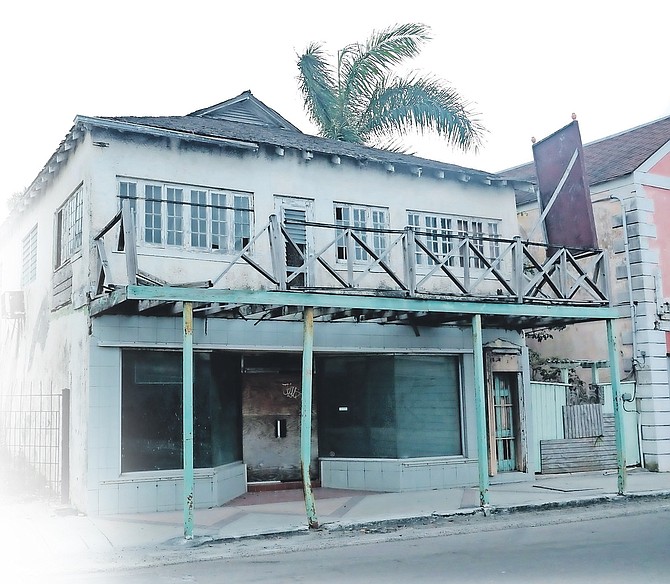 DOWNTOWN Nassau as it is today.

PARTS of this column first appeared nearly five years ago. Sadly, it remains all too relevant. The Tribune has agreed to re-run it today at my request in light of the Davis administration’s commitment to rescuing and resuscitating the historic city of Nassau.

In the five years since the column’s publication in November of 2017, the world has changed. Except for the cruise port, downtown Nassau has not, unless you consider that it has gotten a little older, a little shabbier, even less authentic. The heartbeat of a living city is struggling to survive, swarming with people but lacking in ideas and vision with its very beauty and magic threatened. 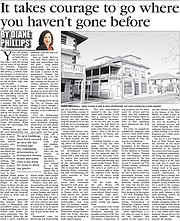 Diane Phillips’ column from November 2017 - little has changed since then.

What Nassau needs is a residential component. Cities come alive when people live in them. As much as I thought I would never say this, I no longer oppose a single area of high rises on the east side of East Street so long as there is a view of the water between buildings and green space to make it environmentally friendly. I urge that a limited area exemption be granted only on the northern side of Bay Street from the old Nassau Shipyard property to Elizabeth Avenue. The property on which Lands and Surveys sits is among the most valuable and should be converted to a public space for events and concerts or sold to a private consortium for redevelopment. Government office is not the highest and best use for either that or Government Printing.

Nassau also needs autonomy and a governing body, a city manager or mayor with a council with taxing authority, responsibility, accountability and transparency.

Stakeholder buy-in, including hotel industry partners, is essential. People do not travel to New York because they want to stay at the W. They stay at the W because they want to see New York. We have to give visitors a reason to want to see Nassau and the opportunity to experience the authentic Bahamas, the culture, food, music, shopping, crafts, art. We need to make the world outside the resort as interesting as the world within it.

Above all, visitors want authenticity. They want an experience they cannot get where they come from and a memory they can take back home with them. They cannot tell our story. That is our job and right now we are failing at it, but it is not too late. A thousand ideas have been floated – a Business Improvement District, grant-writing for historic preservation, a block-by-block incentive programme, a public-private partnership. Now we must all pull together, turn ideas into reality and transform the historic treasure that is Nassau before another five years passes and more of the magic is lost forever.

For the original column, see Tribune November 17, 2017. We start partway through to cut to the chase.

I am talking about saving the city of Nassau and though I never thought I would say this, there is only one way to do it and that is vertical.

First the background. The City of Nassau is home to irreplaceable architectural treasures, buildings whose lines not only please the senses from the street level but whose rows of open gable and box gable roofs tell a story of shipping and trade, wars and supplies, rogues and romantic characters. They are the remains of warehousing along the waterfront. They remind us of why Nassau is the capital and of the days, long before airlift, when people arrived and goods and supplies were traded by water. Nassau’s deep and protected harbour with its strong flow through eastern and western entrances created a clean, healthy and largely safe trading depot. That is the waterfront of the gateway to the New World, a city with a history that must be celebrated. How foolish it would be of us to ignore the potential of that gateway as part of the story we tell.

Sentimental value for preserving and resurrecting the city of Nassau aside, the most compelling reasons to do so are economic and for national development. The historic city and particularly the property to its east hold the key to creating and defining our new national urban identity. From East Street east, opportunities are staring us in the face and we cannot see them because the old concrete walls and increasing pieces of construction equipment are hiding them.

The right mix of mixed-use development rising on and along a stretch nearly half a mile long has the power and potential to breathe new life into all the surrounding areas, spilling over with benefits to properties south of Meeting Street, rejuvenating and reinvigorating the entire economy of New Providence.

Waterfronts across the world have reinvented themselves with great success. What is preventing us from doing the same in Nassau where we welcome nearly five million visitors a year who now traipse through a mostly downtrodden area kept alive by artificial respiration administered by cruise passengers, according to Downtown Nassau Partnership’s Ed Fields, who has been trying his hardest to make improvements.

But the real improvement needed is the one that starts with courage. It will take a courageous owner, ombudsman or developer to be the first one to pull together the half dozen or so families who own the bulk of the land east of East Street that is the key to the future of Nassau and, possibly to the city’s very survival.

Knitting together a consortium is step one. New plans must be drawn, though existing ones that were denied when submitted for approval may be part of the new plan. Community must be consulted with town hall meetings and social media forums. Redevelopment could include two towers, as much as 12 to 14 storeys high to make the numbers work. Ideally, one of the towers would be on the south side of the street. On the north side, the new Nassau will have 5-6 storey residential blocks with shops, a pre-school, fitness centre, restaurants, night spots, boutique grocery or deli along with open spaces, parks, cycling and jogging trails.

Government’s role would be to expedite, provide incentives, including the possible creation of the first real economic zone for New Providence, forgiveness of real property tax for seven years for owners and for those who buy residences in the new Nassau which we could simply name Nassau East or find something more glamorous like Port Nassau.

For years, we argued that the commercial shipping with its heavy truck traffic would have to move from downtown Nassau to clear the way for revitalization. It was the first recommendation in the Historic Nassau Study commissioned by the Ministry of Tourism and the Nassau Tourism and Development Board and authored by the late Jackson Burnside. Shipping moved to Arawak Cay. The 56-acre Nassau Container Port opened in 2012. In the five years since, the area it moved from has increasingly become extra space for more cranes, roof trusses and construction materials, handy perhaps for some, but not the best and highest use of some of the most valuable waterfront property in the region. No new buildings have been erected, no new life has evolved and the continuing deterioration of downtown Nassau seems inevitable. This is not what we want to show our guests. More importantly, it is not what we want to leave for our children. This cannot be the legacy of a city like Nassau, so integral to the history of the New World, so much a part of our lives, the centre for our government, our judiciary, once the heartbeat of our financial services and robust shopping and entertainment experience, today a hand waiting to be held, desperate for a little attention and affection.

The key to a new Nassau East or Port Nassau and the survival of the heart of the city which must be preserved at its current two-storey level lies in gaining a residential population. No living city thrives without a population living in it. People bring it to life. And the only way to make the city to the east of historic Nassau work is by apportioning a piece of it as tall vertical construction. It may still have a cottage feel with the right type of shutters and Bahamian touches. Imagine young families out for a stroll in the evening, cafes, a small art gallery, bookstores, jazz or a movie in the park, runners in the early morning, cyclists on the weekend. Imagine.

If Stella McCartney could imagine designing clothes in a way that no one else had, surely we can imagine re-inventing the city of Nassau waterfront in a way that others have with immense success all over the world. Imagine. Then dig deep for the courage.