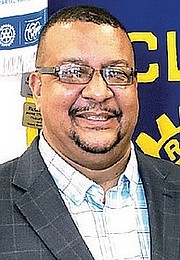 • Accountant: Staff terminations ‘are last resort’ for most

• Urges all to ‘take heed’ of Central Bank price warnings

An accountant yesterday warned that “many Bahamian businesses are on the cusp of being in the red” as local inflation hit a “record” 6.2 percent increase for the 12 months to end-June 2022.

Kendrick Christie, president of the Association of Certified Fraud Examiners Bahamas chapter (ACFE), told Tribune Business that his clients and business contacts had confirmed many companies are “bleeding” but doing everything they can to hold-off on terminating employees despite the mounting financial pressures.

And he warned that both Bahamian consumers and the private sector need to “take heed” of the Central Bank’s warning that inflation has yet to peak, although the Crowe (Bahamas) accountant and partner suggested the regulator was being “conservative” in its forecast that economic growth will further narrow to “at least 5 percent” for the 2022 full year.

Mr Christie spoke as the Bahamas National Statistical Institute, formerly the Department of Statistics, unveiled its latest Consumer Price Index report showing inflation at levels higher than those set out by John Rolle, the Central Bank’s governor, and the regulator itself, when unveiling their half-yearly economic and financial update on Tuesday.

While the Central Bank pegged Bahamian inflation at 3.8 percent for the year to April 2022, the National Statistical Institute placed it at 6.2 percent for the 12 months to end-June. It branded this as “the largest change recorded for The Bahamas in recent years”, with the impact especially pronounced in food and gasoline prices.

“The All Items Index for June 2022 recorded a surge of 6.2 percent year-over-year following a 5.5 percent gain in May 2022. This increase, which was the largest change recorded for The Bahamas in recent years, is being felt globally as many other countries also grapple with rising prices,” the Institute said.

“On a year-over-year basis, consumers paid 33.5 percent more for gasoline, while diesel saw a 32.1 percent increase, contributing significantly to consumer inflation in The Bahamas. Additionally, the categories of restaurants and hotels and food and non-alcoholic beverages also showed increases of 13.8 percent and 13.6 percent, respectively, for the same period.”

While the findings are not surprising, they further affirm the growing cost of living crisis that has increasing numbers of Bahamian families struggling to make ends meet. Low-income Bahamians, especially, but also those in the middle class as well as on fixed incomes such as pensioners, have been hit hard by food and gas price increases in the wake of COVID-19. Wages have largely remained stagnant, which has resulted in living standards for many eroding.

Turning to month-over-month measurements of price increases, the Institute added: “For the month of June 2022, monthly inflation for the All Items Index increased by 0.5 percent when compared to May 2022. This June 2022 rate followed a 0.8 percent increase between the months of April 2022 and May 2022.

Mr Christie, meanwhile, said Bahamians “need to be concerned” by the Central Bank governor’s warning that local inflation rates have yet to peak and do what they can to prepare. “We have to take this seriously. He’s spot on. I share that view. It’s better to be prepared for what we may see coming down the road,” he told Tribune Business. “The Central Bank often-times sounds the warning, and we as businesses and the like have to pay heed; take heed.

“A lot of businesses are trying to find ways to do things internally and not pass on costs directly to their customer base. In the long run, though, inflation will have a tell-tale effect on business. I know a lot of Bahamian businesses that are on the cusp of being in the red and having to make cuts.

“I can say from my experience as a businessman and accountant there are a number of medium-sized businesses, especially in the financial sector, that are bleeding red. I know a number of businesses in the red and close to being in the red.” While he declined to give names of companies in that situation, Mr Christie said Bahamian employers typically resorted to terminations only as “a last resort” given that they are in such close proximity to affected workers.

“Bahamian businesses tend to keep employees on, reduce overtime and find ways other than termination,” he added. “They have really tried to keep their employees occupied and use other ways of cutting down their costs. They rotate employees, do not hire any new ones or replace those that have left.

“That [termination] seems to be the last resort, but if inflation goes up further we may see owners forced to work on employee numbers. Our first thing is not to cut employees because ultimately we know a lot of persons in the network and are culturally tied, while it may have a negative on the company’s reputation. In the US, you’re sitting hundreds of miles from the decision, while in The Bahamas you’re sitting in the decision.”

Despite growing fears that the US economy is in recession, despite the absence of official confirmation, Mr Christie argued that the Central Bank’s decision to trim its 2022 economic growth forecast from 6 percent to “at least 5 percent” veered towards the “conservative” because there was no sign yet of any slowdown in The Bahamas’ tourism recovery post-COVID.

He added that there was always a “time lag” between economic developments in the US and when they were felt in The Bahamas, with the gap typically amounting to several months. As a result, Mr Christie said any negative US headwinds are unlikely to be felt much before year-end 2022, although this could impact the Thanksgiving and Christmas/New Year tourism seasons.