Call for govt to do more on gender-related issues 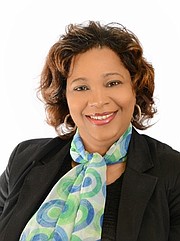 A LOCAL women’s rights activist is calling on government to place more attention on dealing with gender-based issues, a day after police officials revealed statistics showing a rise in reported rapes.

On Monday, Assistant Commissioner of Police Dellareece Ferguson, who is also head of the RBPF’s Domestic Violence Unit, released the data on the nation’s sex crimes during a consultation meeting on the draft CARICOM Regional Gender Equality Strategy (CRGES) at Superclubs Breezes.

Between January 1 and August 23, there were 51 reported rape incidents, up three from the 48 incidents that were recorded for the entire year of 2021.

Police said they have also recorded 69 cases of indecent assault, ten reported incidents of incest and more than 60 cases of unlawful sexual intercourse so far for the year.

Speaking to The Tribune yesterday, Prodesta Moore, president and founder of Women United, called the sex crime statistics alarming, but not surprising.

She also highlighted the need for more data concerning the demographic of victims.

“It is alarming, and it is no surprise either which is why we continue to agitate for safer communities and putting provisions in place and stiffer penalties which is one of the things that we are continuing to advocate for,” she told this newspaper.

“My biggest concern was not having the data segregated in terms of how many are females, males, from the disabled community and so forth. If we could’ve had that information, it would’ve been more helpful to us so we can really see if the amount of increase is females just to have more concrete data for us to utilise.”

Still, the local advocate said the data is proof that The Bahamas needs to give more attention to addressing gender inequality issues.

She also made a charge for women in politics to agitate for the social ill to be addressed through legislative means.

“I just made a call and left a message the other day for him and I’m like where’s the bill that you said is going to be tabled. It’s now going into almost two months or a month and half after the debate and we have not heard anything.

“I don’t know whether they are going to wait for another statistic to hear that another woman has been murdered to actually take this seriously again, but it needs to be placed as a priority, especially to those female ministers.”

Domestic abuse has been a serious problem over the years, prompting numerous calls for more to be done to protect victims.

The Davis administration has already said it is working on proposed legislation that addresses gender-based matters, with drafts to Parliament said to be forthcoming.

Ms Moore said after being involved in numerous consultations over the proposed legislation, she is now ready for officials to move on to the next step.

For her part, Dr Sandra Dean-Patterson, founder of the Bahamas Crisis Centre, said she hoped the “worrying” data would serve as a wakeup call for Bahamians and push “us to do what we need to do in terms of addressing accountability of perpetrators”.

these issues have nothing to do with "gender". We are a dysfunctional society where people do not respect themselves or others and many have the morality of animals. We desire civility as a society, but we do not seek to cultivate and inculcate those values that would allow us to act civilized. We are reaping what we have sown and neither the government or the police can solve this problem!

Ok then what is your solution? You cant just hope the problem goes away

They missed the train. Now that there are 1225 genders, there will never be a consensus.

Rape. You are spot on it. It could be a gateway to introduce G7 prism on percentages of hormones in XX or XY, knowing we all have a mix of testosterone and estrogen. God made us male and female but The Almighty Word is being challenged away from procreation of the species in a real world context.