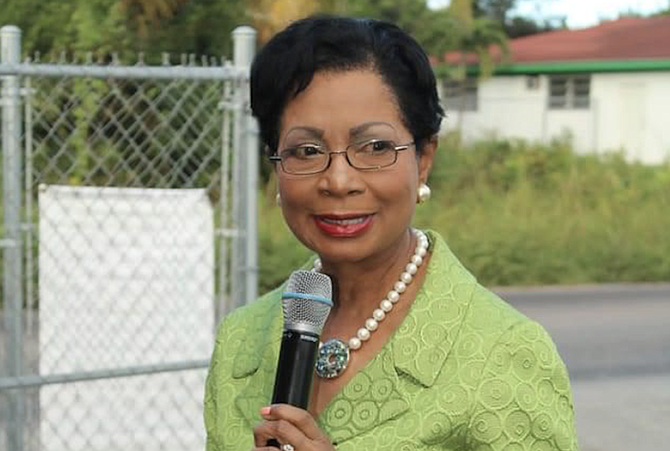 THE Office of the Spouse will reach out to victims of sexual violence and domestic abuse and partner with organisations in the coming weeks in its continued and committed fight against these issues.

In a statement released yesterday, Mrs Ann Marie Davis, representative of the Office of the Spouse of the Prime Minister, encouraged victims to come forward to help eliminate the stigma attached to domestic abuse.

Her statement referred to a recent Tribune feature article about a book by Sheron J N Baptiste, who chronicled the horrors and subsequent fallout from her personal experience with sexual molestation, a traditionally taboo and closeted subject in polite Bahamian society.

“Like too many of our young girls, boys and women, the victim could have suffered in silence and shame rather than overcome by openly confronting her demons, her fears, and her psychological and emotional pain,” Mrs Davis said. “I publicly thank, commend and congratulate author and sexual abuse survivor Sheron J N Baptiste for breaking her silence and opening up about her painful experience in her book, The Molested Fornicator: The After Effects of Being Molested.

“The book is required reading for not only victims of this heinous crime and social scourge, but for all as it sensitises the public to this social scourge that too many families opt to hide and relegate to the proverbial closet of family shame.

“Upon assuming the post of representative in the Office of the Spouse, I made a commitment to work with NGOs and other social partners to bring greater public awareness to domestic abuse and sexual violence – plights suffered in silence by too many of our girls, boys and women. I again encourage both victims and those with knowledge of all forms of domestic abuse to come forward, speak up and in the process eliminate the stigma attached to domestic abuse. In so doing, their acts of courage and selflessness expose the perpetrators and take away their power – power that is sustained, fed and emboldened by fear and the stigma that is associated with the horror of the experience.”

Mrs Davis added: “In the coming weeks, the Office of the Spouse will reach out to victims and partner with organisations in our continued and committed fight against this scourge in a series of interviews that will signal to all and sundry, and especially predators, that victims are prepared to fight back, to tell their truth, to offer group support and bring about healing as they cause for those guilty parties to be held accountable for their actions.”

Office of the Spouse

Minnis deserved the September spanking he got for this atrocity alone. What a complete waste of money. Guess we need to raise VAT or add another tax to pay for all of this BS, right?

And like her predecessor, she very much enjoys strutting around like a well-feathered peacock as if she was elected by the people rather than forced on them. lol