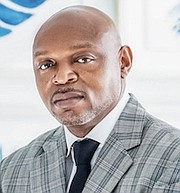 A Bahamian entrepreneur yesterday revealed plans to create up to 130 local jobs by making this nation “the anchor for the whole Caribbean” with the IHOP franchise he has just secured.

Burton Rodgers told Tribune Business the agreement reached with the pancake-led restaurant chain that “is iconic to Bahamians” had been “a passion project” involving a five-year pursuit before he sealed the deal with the franchisor.

The businessman and his partners in Bahamas Limited are aiming to launch the first Bahamas-based IHOP restaurant in Nassau by late 2022, and possibly as early as the third quarter depending on its location, then ultimately expand to three to four sites - all on New Providence - within two to three years.

Declining to provide figures on the investment involved, as budgets were still being calculated, Mr Rodgers voiced confidence that IHOP will perform well in The Bahamas as its typical 24/7 late hours business was a good “fit for our daily lives” in an economy where the tourism industry, in particular, operates around-the-clock.

And, despite the challenges posed by the surge in Omicron-related COVID cases, he argued that there was “no better time” to launch a restaurant-related business despite the sector being among the hardest hit by pandemic restrictions, adding: “Dining is coming back. It has to come back.”

Mr Rodgers said the Bahamian franchise, whose agreement calls for it to open a total of 16 IHOP restaurants across the English-speaking Caribbean excluding the US Virgin Islands, was currently “trying to finalise” its first location which will be in central New Providence in the “mall area” at Marathon.

While the Bahamas-based franchise will “look” at Grand Bahama for a possible location, he indicated it was not a priority. Asked when the first location will be operational, Mr Rodgers confirmed: “By December; the latter part of 2022, if it’s a ground-up, green space construction. If it’s a fit-out, hopefully by the third quarter. If it’s green space, it will be the last quarter of the year.

“Location is key for me and my partner. We want to make sure that we’re in the right spot, the right location, so we can cater to the population at large.” He declined to name his partner, while describing him only as a permanent resident of The Bahamas.

Mr Rodgers said the first IHOP restaurant will hire “about 30-plus employees”, with that figure repeated for each of the two-three additional sites it will eventually unveil. That would take the total restaurant-based workforce to between 90-120 persons, with the management team featuring nine additional executives who have all already been identified.

Disclosing that his goal is to provide “a great family dining atmosphere”, Mr Rodgers told Tribune Business that IHOP’s strong brand identity - with its restaurants frequently patronised by Bahamians when visiting the US - would help it to establish a strong presence in this nation.

“IHOP is iconic to Bahamians,” he said. “Bahamians love the IHOP brand. Talk to the average Bahamian about the staples they like when they travel to the US, and it’s one of the restaurants they tend to frequent when there. It’s a great family restaurant, it’s a great late night restaurant. I think it’s ideal for Bahamians.

“We’re a tourism-based economy, which means we work shifts. We have people going out to work at midnight and getting off at 5am, and they will be able to breakfast and dine when they get off. These are all reasons why the brand will do extremely well. It fits our daily lives.”

Mr Rodgers disclosed that he had spent almost five years pursuing the IHOP franchise and its owner, Dine Brands Global, which also holds the rights to the Applebee’s brand and has 3,400 restaurants in 16 countries - plus some 350 franchisees.

“Because of COVID I would say that it has taken five years from when I started the pursuit,” he said. “COVID sort of cancelled it for about two years. I’d say that when I first started going after this, the first e-mail was sent four to five years ago when I first had the idea and started pursuing it. It’s been a passion project, I’d say.”

As to the timing of IHOP’s Bahamian launch, Mr Rodgers said: “I think the world is coming back to some level of normalcy. Dealing with COVID-19 is now the new norm, but now I think is a better time than ever. We can go through the glitches of what needs to be done and live in this new normal society.

“Dining is going to come back; it has to come back. Restaurants will do well and continue to do well. What better time is there to launch? It’s an extremely popular brand, and has been a brand supported by Bahamians for years since I was a child.” He also praised Dine Brands executives and the US Embassy, among others, for helping to bring the franchise deal to fruition.

IHOP is best known for its pancakes and breakfast foods, but also offers lunch and dinner menu items, too. It has 1,841 locations spread across the Americas, Middle East and India and Pakistan. Mr Rodgers’ agreement calls for 16 locations in the English-speaking Caribbean, which also excludes Puerto Rico and the Dominican Republic.

“We are excited to bring IHOP to the English-speaking Caribbean islands. We’ve seen success in Puerto Rico and believe guests in this new market are sure to fall in love with the brand’s world-famous pancakes and familiar comfort foods,” said William Urrego, regional vice-president of franchise operations for Dine Brands Global.

“The Caribbean is an important growth market for Dine Brands, and New Providence’s well-developed tourism infrastructure and recent large-scale hotel and resort investments, as well as shopping centre developments, help position it as the perfect location for IHOP’s first restaurant in the island.”

Bahamians love their panicakes, and most make theirs from scratch, adding local fruits, etc... Why not just open your own and be free to sell your own creations?

I do not see the case for IHOP in the Bahamas. IHOP is open 24-7, so it is good for drunks hungry after a night out or those who commute 3 hrs in the morning so do not cook breakfast.

Here, it will be just one more fish in the see, opening at 8am a bit too late for breakfas and closing too early for dinner.

Good news and best of luck. Probably as many jobs as a 4,000 person cruise ship berth brings for like .00005% of the bad environmental impact. This is what a real contribution to a healthy economy looks like.

My Jib Corner research revealed 360 degree opposite to that  IHOP's franchise entrepreneur. Comrade Burton Rodgers cause closes Bohamians has come to Pancakes is right from box de Aunt Jemima Brand Pancake Mix with so-called racists overtones and all thrown into batch and everything else like mix-up this and that by foreigner IHOP arriving snatch slice de market Aunt Jemima that has been in we colony since Auntie withstood de 1899 San Ciríaco Hurricane.
What's next, de foreignization destabilizing of we other family member, Uncle Ben, ― Yes?