Ministry launches push for inclusion of disabled people in recruitment 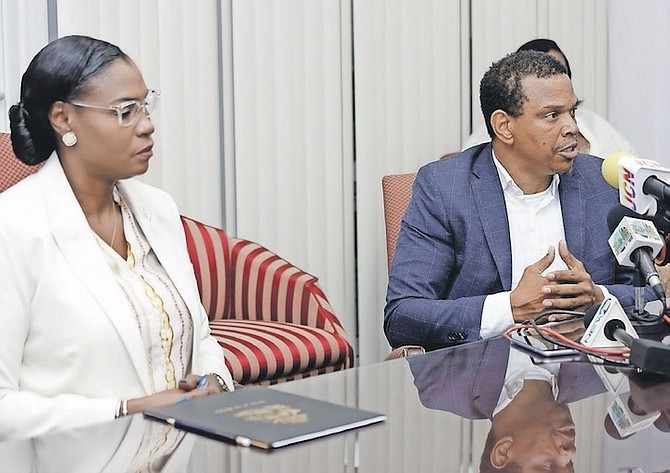 MINISTER of State for the Public Service Pia Glover-Rolle and Shyan Chipman, president of the Core Project. Photo: Austin Fernander

PRESHELL Ramsey-Miller, a completely blind woman, says despite her disability she is eager to show the country her skills through the Ministry of Public Service’s disability inclusion efforts.

State Public Service Minister Pia Glover-Rolle announced the ministry’s plan to make an active push for the inclusion of more persons with disabilities when it comes to recruitment and staffing the public service.

The minister noted the disability community is often “ignored.”

She said: “For a long time, persons with disabilities have lamented the fact that their community is often ignored in the entire discourse nationally. From a human resources perspective this Davis administration is very sensitive to the process of ensuring that we are inclusive and that we incorporate a wide variety of diverse mindsets and experiences in our hiring and recruitment efforts across the public service.”

She described the initiative as an opportunity for persons of disabilities to be empowered rather than overlooked in the public sector. 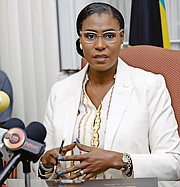 “I’ve had the opportunity in the past few months to sit with the President of Core Project, which is a community based inner-city community organisation that’s inclusive of persons with disabilities. Having the opportunity to engage these persons, seeing that they are bright minds, capable and competent Bahamians who too require an opportunity to be empowered and to be able to sustain themselves.”

This initiative will be spearheaded through the Public Service-Professional Engagement Programme (PS-PEP) that will be launched in August. The programme will provide on the job training and opportunities that will eventually lead to entry level placement and designated career paths to those who successfully move through the programme.

Mrs Glover-Rolle said moving forward the Ministry of Public Service’s recruitment process will be attracting and ensuring persons with disabilities will be able to receive gainful employment.

Additionally, this initiative will facilitate in creating user friendliness of government workspaces for persons with disabilities. She noted the ministry is seeking to improve infrastructure and equipment.

“We are focused on the human side of human resources. That means we must have everyone at the table,” Mrs Glover- Rolle said.

President of the Core Project Shyan Chipman added the efforts of the ministry is the change the disabled community needed. Mr Chipman said he wanted to make sure the wide spectrum of disability was covered in this venture. There were persons inclusive of Down Syndrom, those who use wheelchairs, the blind, deaf, and others.

Ms Ramsey-Miller, 36, said this was the second time she has gone blind.

“I think it’s so important that people realise that we are so much more than our disabilities,” she said yesterday. “Sometimes when you talk to people about disabilities, they tend to shun you because they don’t want to give you a chance.”

However, Ms Ramsey said despite having to push more to prove she is capable she is more than eager to seek the opportunities of the ministry’s public service reform.