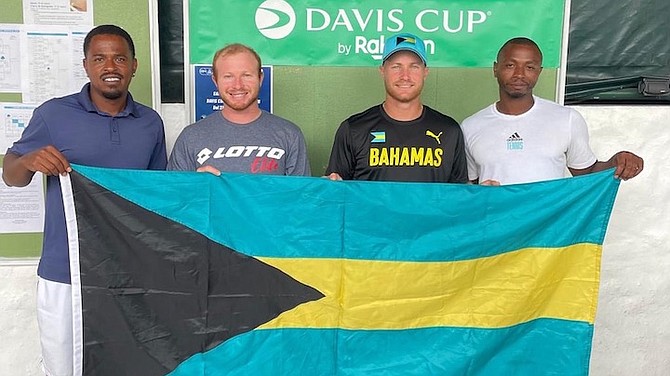 TEAM Bahamas began its current Davis Cup tie with a loss to the top ranked team in its pool.

In singles play, Spencer Newman lost to Juan Borba 6-3, 6-4 and in match two, Major retired after Adolfo Vallejo won the first set 7-5 through 57 minutes of play. In doubles play, Rolle and Baker Newman emerged with a hard-fought, three-set win over Vallejo and Martin Vergara del Puerto 2-6, 7-5, 7-6 (5).

The Bahamas will continue competition when they face Jamaica today.

Venezuela, Jamaica and Paraguay were all relegated from Group II to Group III. Three teams are expected to advance to the World Group II Playoffs and two teams will be relegated to Americas Group IV.