INSIGHT: We need our own plan of action not just soundbites 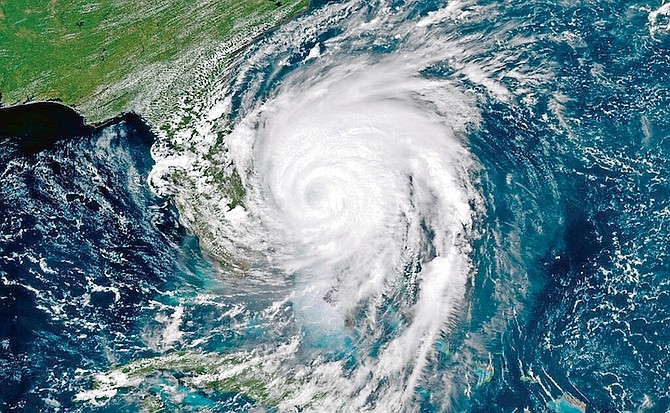 THERE hardly seems a moment without a crisis these days. If it isn’t the pandemic, it’s the war in Europe. If it’s not those two, it’s the economic crisis both of them are bringing. The worse the economy gets, the more deeply entrenched are the problems with crime. This week, however, another problem reappeared in the spotlight: climate change.

This time, it’s after another report pointed out the likely impact on countries such as The Bahamas from the effects of climate change – although it’s a message we’ve heard often enough we shouldn’t be surprised by it.

The report by the Intergovernmental Panel on Climate Change of the United Nations warned: “The impacts of climate change on vulnerable low-lying and coastal areas present serious threats to the ability of land to support human life and livelihoods.”

It warned of an increase in migration and “unavoidable multiple climate hazards”. The UN Secretary General, António Guterres, called it “an atlas of human suffering and damning indictment of failed climate leadership”.

We’ve seen some of that migration on a smaller scale here at home, with people displaced from Ragged Island during the prolonged reconstruction after Hurricane Irma, and people having moved out from Abaco after Hurricane Dorian while properties are repaired.

This all follows on the heels of another report by the NewClimate Institute that noted many of the pledges made by companies around the world to reduce their carbon emissions or offset them through planting forests are simply not being fulfilled. Despite many companies pledging to reach net-zero emissions, the study found a collective commitment by 25 top companies to reduce emissions by just 40 percent, not 100 percet to reach that net zero.

For his part, Prime Minister Philip “Brave” Davis tried to strike a determined note – but it sounded somewhat hollow.

He said: “The experience of the COVID-19 pandemic brought into sharp and humbling focus that our self-interest may well be more fully aligned with those who live like us: small island developing states; small economies with narrow economic bases; and small populations whose voices already resound loudly on the world stage, but not loudly enough to carry the argument.

“Colleagues, we are experiencing the same hurricanes, the same rising sea levels, the same threats to our tourism industries.”

With all due respect, this should not be some stunning realisation. We’ve known for a long time now what the risks of climate change might bring for The Bahamas.

After all, back in November, Mr Davis himself called climate change “the greatest existential threat that The Bahamas has ever faced”.

The Prime Minister Mr Davis served as deputy to, Perry Christie, who warned in 2015 that climate change was an “existential threat to the survival of a number of small island developing threats”.

Then Prime Minister Dr Hubert Minnis said in 2019 at the United Nations: “When one storm can obliterate an island-state or a number of states in one hurricane season: how will we survive, how can we develop, how will we continue to exist?”

Ten years before that, then-Prime Minister Hubert Ingraham warned climate change was “a serious threat to our economic viability, our social development and our territorial integrity”.

So, newsflash, there’s no newsflash. We’ve known about this problem for a long time now.

The man in the hotseat now, Mr Davis, said last week in Belize: “As a regional community, what can we do, beyond hoping that our friends will spring into action, beyond waiting for the inevitable to hit us? What leadership can we provide? Colleagues, as we are not the major carbon emitters or the wealthy carbon-emitting beneficiaries, there will always be limitations around what we can do. However, The Bahamas believes that it is possible to be an active part of the solution. The first step is to take the first step.”

The first step. We have had warnings from successive Prime Ministers for more than a decade and we’re still at the first step. Our leaders can’t be serious.

Mr Davis went on to say he intended to push an agenda that had a strong focus on solutions. Not that he is pushing one now, just that he intends to. And that agenda seems to revolve around international cooperation and regional solutions, rather than anything directly at home here in The Bahamas.

Last week, The Tribune reported on concerns over some deforestation associated with a development that may or may not have the permission to proceed – not the only project that seems to have started construction lately without permission. How are we clamping down on such cases, and more than that, what are we doing to stimulate reforestation?

All of these are things that can be done, but Mr Davis is, it seems, still at the first step, four months on from calling climate change the greatest existential threat we have faced.

We should be at steps 30 or 40 by now, not the first step. What is our actual plan, other than shaking hands at international junkets and asking other countries to do the work without actually having a plan to show for ourselves?

Until we have actual, practical steps that we can demonstrate, all the rest is for show. If The Bahamas really does face the biggest risk to its existence, you’d never know it by our actions. We’re just carrying on as normal, like The Titanic serenely sailing towards an iceberg.

If we don’t back up our words with actions, then we might well end up with a similar fate.

The climate change hysteria must stop. It is causing too much mental health illness and affected our children's behavior. Climate activists are working for the Russians to boost oil prices. AND THEY HAVE REALLY SUCCEEDED!